As we approach the Intel Innovation event where the company is expected to unveil its 12th Gen Core CPUs codenamed Alder Lake-S, more and more leaks are beginning to surface.

Just yesterday we had a SiSoftware Sandra leak featuring preliminary data obtained from reviewers. The CPU has shown strong AVX2 performance, but the preview was missing a lot of details and often lackluster performance compared to Core i9-11900K, but this early data was not obtained through independent and professional testing. Also earlier this week we learned how fast could Core i9-12900K be in Cinebench R20 and R23. This leak was the first indication that the flagship Alder Lake SKU might have the best single-thread performance out of all known desktop CPUs, at least when synthetic benchmarks are considered.

This strong single-core/thread performance appears to be mirrored in the CPU-Z test, which has supposedly been leaked on Bilibili. The CPU scored 825 points, which is 27% higher than AMD Ryzen 9 5950X. While the CPU was not named, we can clearly see that it has 24 threads, which just happens to be the configuration of Core i9-12900K (16C/24T). 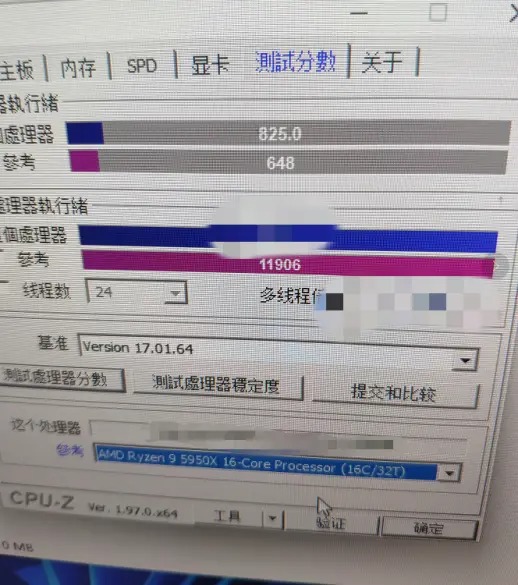 With 825 points, the CPU would outclass all CPUs in the official ranking, with nearly 20% higher performance over Rocket Lake-S i9-11900K. The multi-thread performance has been blurred out, but we can see that the blue bar matches the width of the purple bar (5950X), which suggests that both CPUs should have identical performance. 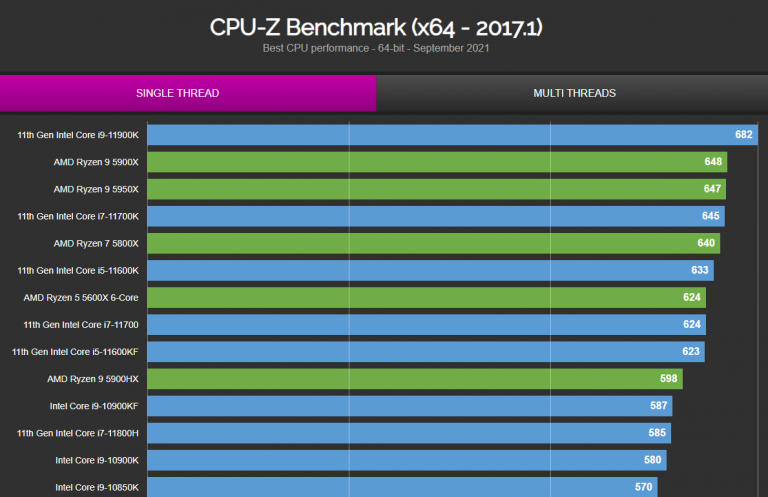