Qualification samples of Intel Alder Lake-S processors are already available for a few weeks now. It appears that the first information on these samples is slowly beginning to leak.

According to a post on NGA.cn forums, a qualification sample of the flagship “Alder Lake-S” CPU, the Core i9-12900K featuring 8 big (high-performance) and 8 small (high-efficiency) has a base clock of 3.9 GHz and a boost clock of 5.3 GHz. It is nowhere near the rumored 5.5 GHz but still higher than the reported 5.0 GHz, a leaker claims.

With a score above 11K points, the Core i9-12900K would outperform AMD’s 16-core Ryzen 9 5950X processor which scores around 10400 points. However, this score was calculated based on a higher turbo clock in comparison to 9300 points scored by the 12900K engineering sample. 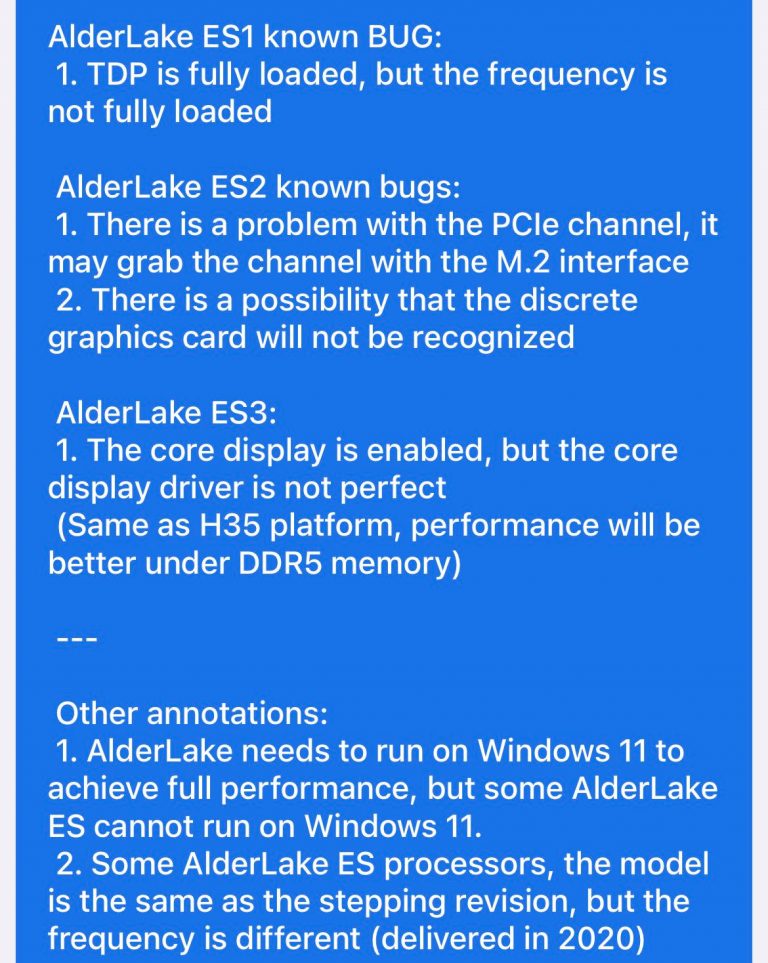 Intel 12th Gen Core desktop series codenamed Alder Lake-S are now set to launch in the fourth quarter, with a possible announcement already in the third. These are Intel’s first mainstream processors based on 10nm Enhanced SuperFin node and the first to support DDR5 memory, although the architecture will be compatible with DDR4 standard as well. Next-gen motherboards will also support the PCIe Gen5 standard, which means that Intel will be skipping from PCIe Gen3 to Gen5 in less than a year.