The website managed to obtain a screenshot from a closed test of a laptop featuring 12th Gen Core Alder Lake CPUs. The developer recently confirmed that unreleased hardware is no longer shown in the public database of the benchmark, which is why this screenshot must have leaked through internal testing at one of the notebook makers.

The Core i9-12900HK would be an unlocked Alder Lake processor with 14 cores and 20 threads, which is the highest known specification for the Alder Lake-P series. However, Intel is also rumored to launch Alder Lake-S at some point in the future, which would offer 16 cores and 24 threads. The 12900HK is clearly not part of such a sub-series.

The software reports that the Core i9-12900H has a 2.9 GHz base clock, which is likely the base of the Efficient Core. The reported maximum clock of 371 MHz is obviously wrong. 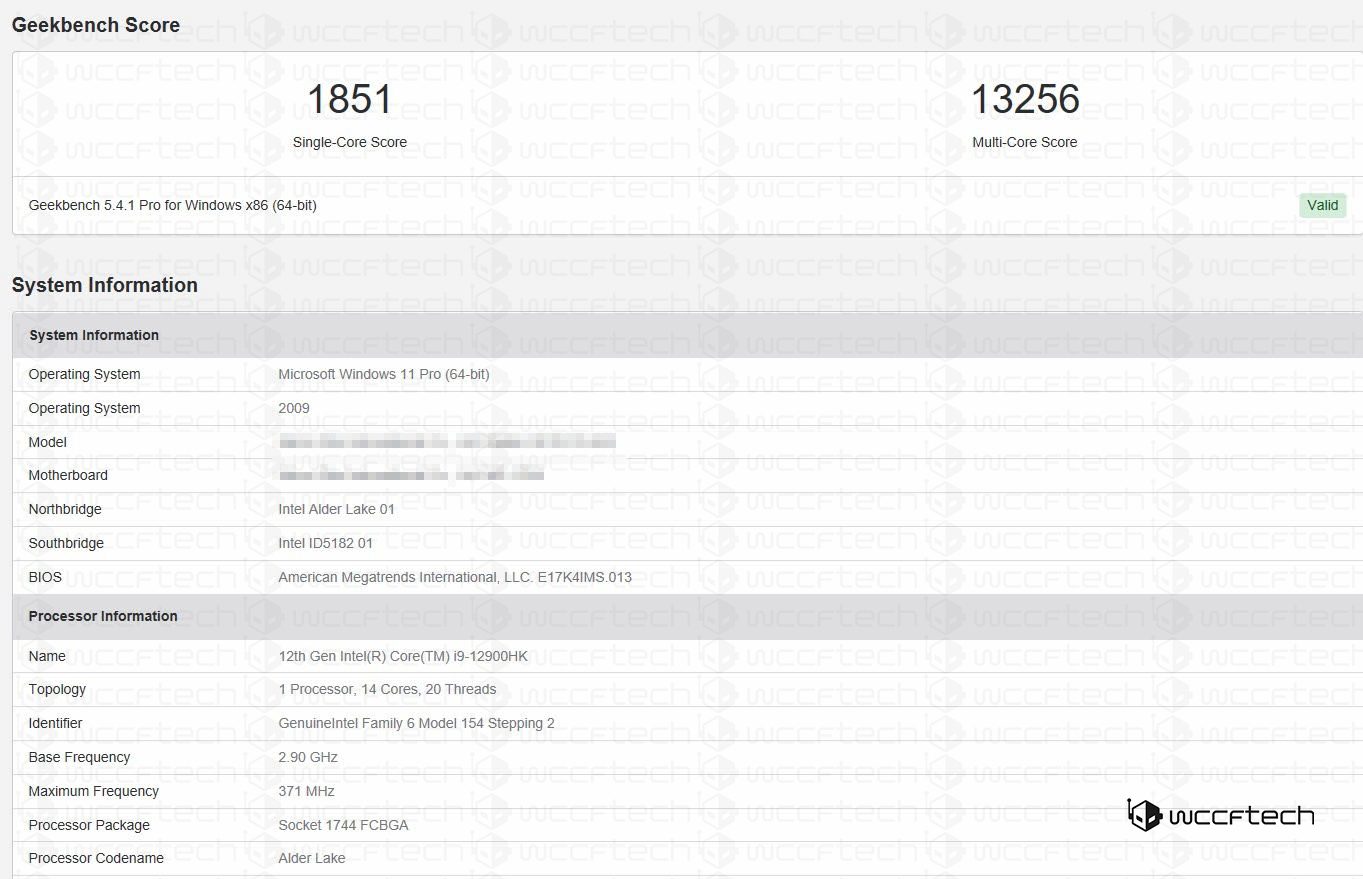 The processor has managed to score the highest performance out of all known mobile chips release this year, such as Tiger Lake-H45, Zen3 mobile, or even Apple’s M1 MAX, which debuted only last week. What is important to note here is that we used the highest scores we could find in the entire Geekbench database, which is important as both HK and HX parts are overclockable.

Intel is set to launch its mobile Alder Lake-P series alongside Arc Alchemist possibly at CES 2022.