The first public listing of the flagship Core i9 CPU from the upcoming Alder Lake-P series.

This is the same CPU that had already been confirmed more than 2 weeks ago. In fact, the previous leak also used Geekbench to share the information on the CPU, such as the specs or its performance. However, this time around we have the actual link to the Geekbench entry, which undeniably confirms its existence.

The processor shows up alongside the Lenovo 82S9 laptop, which could be the next-generation Legion gaming system. There is actually a bit more data than the previous leak, including a maximum clock speed of 4888 MHz. A deeper look into the entry shows that the CPU actually boosts up to 4976 MHz, thus the 12900HK should have a boost clock of 5.0 GHz. 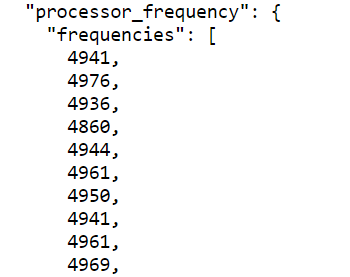 The Core i9-12900HK  is an unlocked CPU for overclocking, featuring as many as 14 cores and 20 threads (6 Performance Cores and 8 Efficient cores). Intel Alder Lake-P mobile high-end series is not going to offer more cores but is possible that Intel will be launching even higher-clocked variants such as 12980HK at some point in the future. 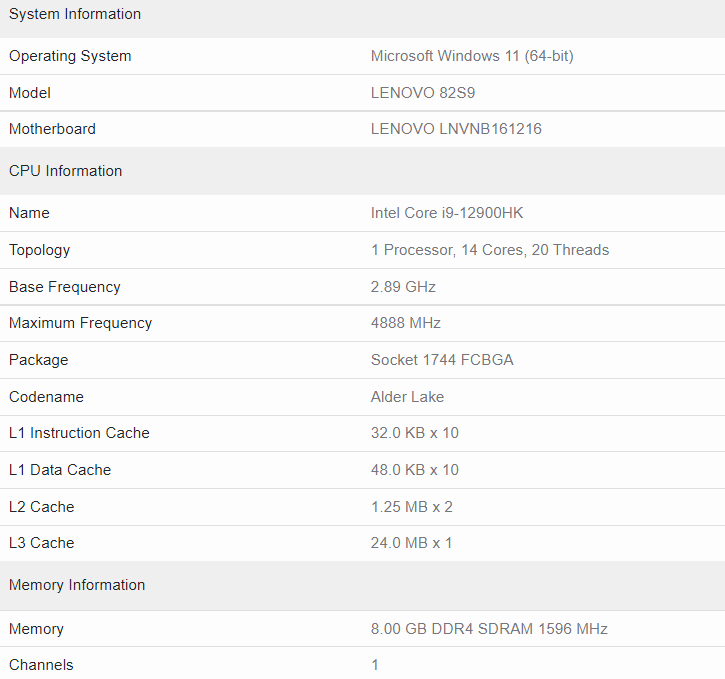 Performance-wise, the score is actually worse than the previously leaked 1851 points. The new score is exactly 100 points lower on the single-core side. Interestingly the multi-core performance is almost reduced by half (13256 vs 6438), but it is unclear why the multi-core score is so low.

While the first entry was focused on the CPU compute performance, the second entry demonstrates the performance of the integrated Xe-LP graphics. Unlike the just-launched Alder Lake-S CPUs featuring up to 32 Execution Units, mobile variants will offer up to 96 EUs. The i9-12900HK is offering exactly such a configuration clocked at 1.3 GHz. With a score of 11480 points, the CPU is not exactly the highest performing iGPU on the market, in fact, it is easily outperformed by integrated RX Vega graphics. 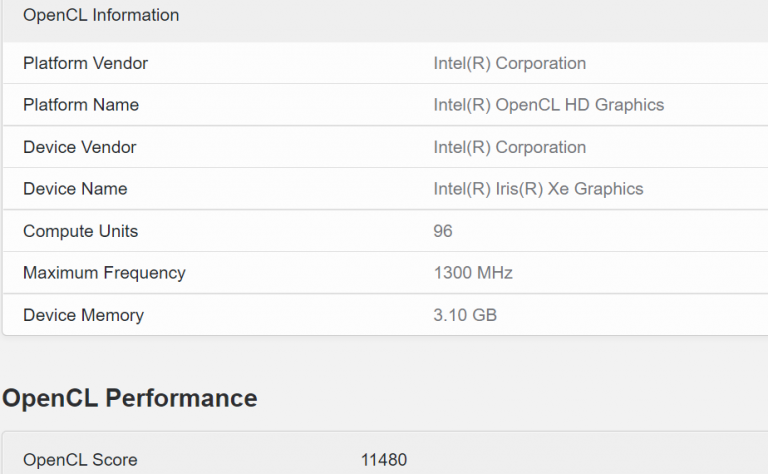 The new entry does not provide too much new data on the CPU, other than confirming it exists, but even despite lower performance than previously leaked, it is still ahead of AMD flagship Ryzen 9 5980HX in the single-threaded test. Intel is now expected to launch its next-gen Alder Lake-P series (which replaces Tiger Lake-H45) in January next year.