An engineer at ASUS HQ forgot to unplug a benchmarked system from the Internet.

While the specifications of Intel Core i9-12900K are pretty much known at this point, there is not much data on the non-K variant, which is feature-reduced TDP to 65W (the K-series are 125W). It appears that the CPU has just appeared on UserBenchmark where a Taiwanese user used an ASUS ROG Maximus Z690 Extreme motherboard, the flagship DDR5-memory based platform to test the CPU.

It is worth noting that this is by no means a full-fledged benchmark, the system was attached to a 1280×1024 monitor, something that is impressive on its own, but confirms this is a testing system. Furthermore, the motherboard has only 1 memory slot occupied with Crucial DDR5-4800 memory (C8C1084S1UC48BAW). This alone may cause a bottleneck. According to UB, the CPU has a case clock of 2.4 GHz and a 4.25 GHz turbo clock. The former may refer to Efficient (small) core specs, while the latter is likely Performance core’s boost. The CPU is to retain the hybrid configuration of the K-series model, which is 8 E-Cores + 8 P-Cores and 24 threads.

The CPU scored 114% in UB overall ranking with a single-core score of 214 points and 2510 points in the multi-threaded test.

The system was using the ASUS ROG Maximus Z690 Extreme motherboard, which is the top-of-the-line SKU of the upcoming series. Worth reminding that ASUS will be dropping roman numerals for these Maximus moving forward. The system was equipped with Windows 10 operating system. 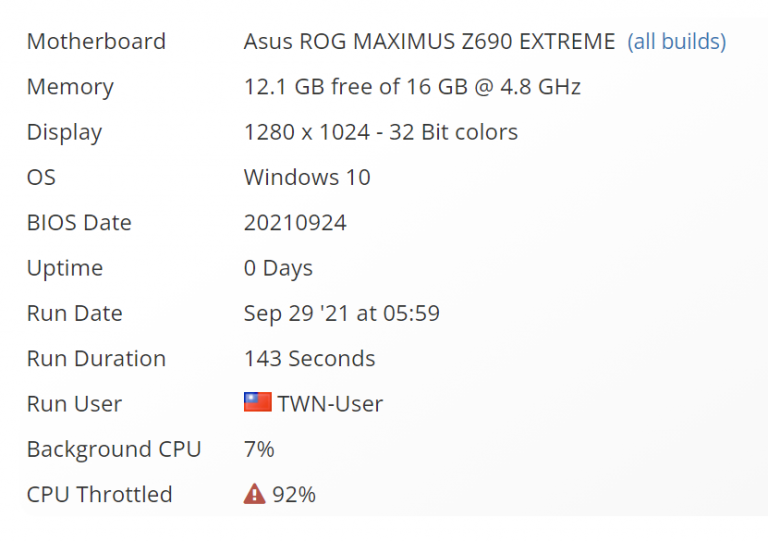 A photo of the Core i9-12900KF model has also leaked. This CPU is an entering sample carrying QY5U code, which is a qualification sample of the KF 12900 model. This CPU is unlocked (125W) but lacks integrated Xe graphics. 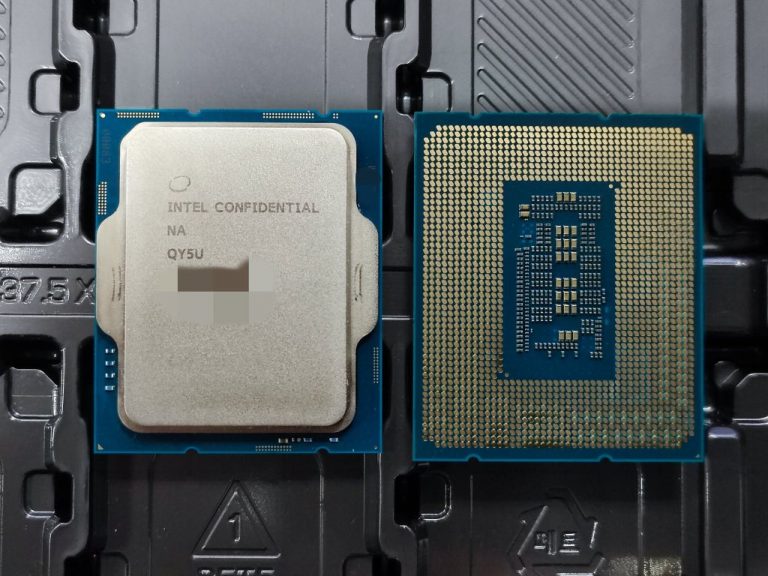