Tigers are far from being endangered species, a new specimen has just been discovered on Geekbench. 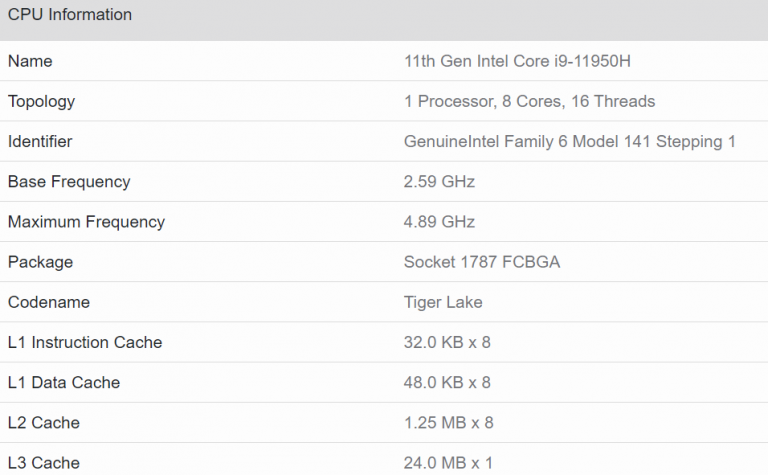 The CPU has been spotted alongside HP ZBook Studio 15.6 G8 Mobile workstation PC. This is a new workstation laptop for 3D architecture and content creators. These laptops are usually equipped with NVIDIA Quadro RTX mobile GPUs. HP also offers a ZBook Create which offers GeForce RTX graphics instead. The Core i9-11950H has not been seen in any other laptop design yet, so it may be exclusive to HP for now.

The performance though, it is good but not great. This CPU was clearly not running at full speed. Sure, it is faster than i9-10885H (the CPU that is being used by the current generation HP Zbook Studio), but lower-end SKUs from the same series already offer higher performance than 1365/6266 points which i9-11950H has scored. 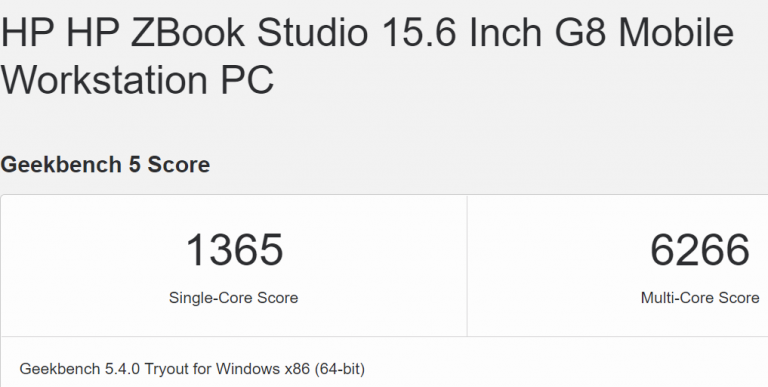 Intel Tiger Lake-H series will be announced around May 11th. Notebook makers have already announced their events where new designs featuring 11th Gen Core H-Series CPUs shall be revealed.