Intel Rocket Lake-S ‘T-Series’ are power limited to 35W. Those CPUs can often be seen in embedded systems or Mini-PCs, they are not targeted at gaming rigs. While the T-Series is not a very popular choice among gamers, it is interesting to see how fast the 35W Rocket Lake-S chip can already be.

According to the Geekbench result page, the CPU has a base clock of 1.5 GHz but can boost up to 4.9 GHz. That’s a nearly 400 MHz lower boost than the upcoming flagship i9-11900K model from the same series, except with 3.5x higher TDP. We also have the first score of i7-11700 non-K CPU, which has a default TDP of 65W. Both CPUs offer 8-core and 16-thread configuration, but their base clocks differ by nearly 1 GHz due to changes to the power limits for each series.

The processors were both tested on the same platform featuring ASUS ROG Maximus XIII Hero motherboard, which is based on an Intel Z590 chipset. 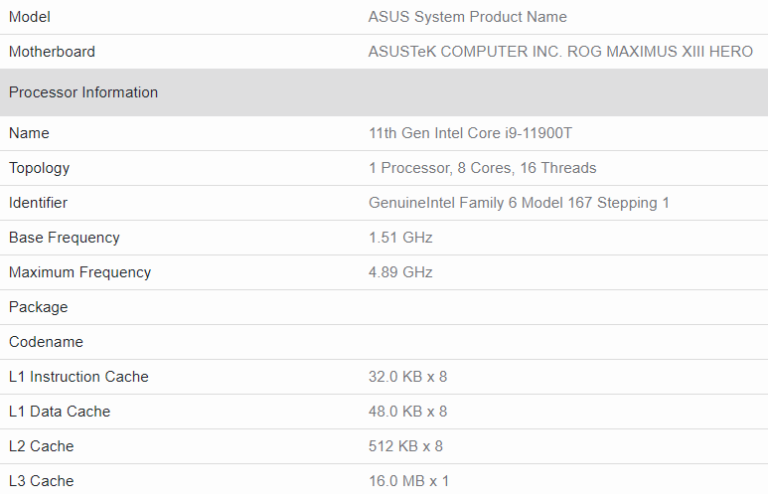 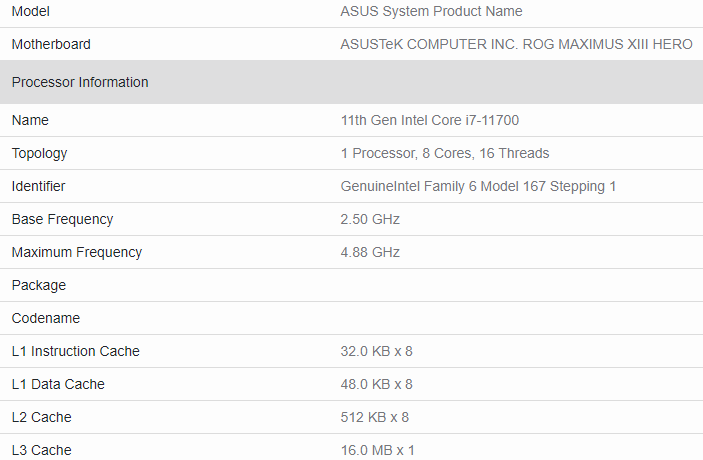 The i9-11900T CPU scored 1717 points in a single-core benchmark, which is already higher than any Ryzen 5000 series CPU in the official ranking. However, due to a limited number of cores, this 16-thread SKU is no match for Zen3 with 24 or 32-threads in a multi-core application.