Intel Tiger Lake for the NUC 11 Extreme “Beast Canyon” has been tested in 3DMark.

Looks like someone gained access to this unreleased hybrid of mobile and desktop system from Intel, known as NUC 11 Extreme. One should avoid calling this device a Mini-PC as it is now a much larger system capable of supporting full-length discrete GPUs. 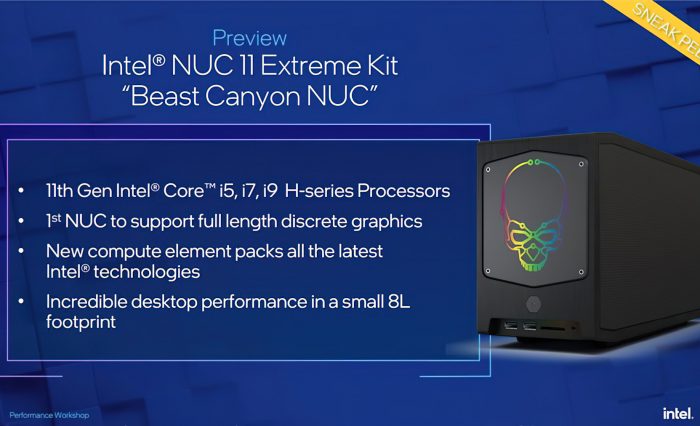 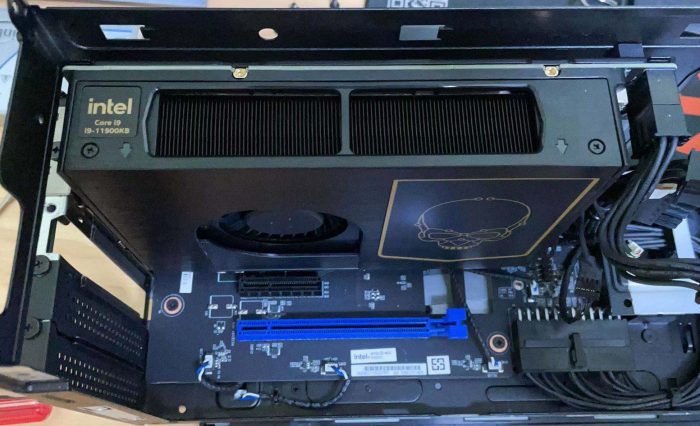 At Computex Intel revealed its Beast Canyon NUC series which is to support 11th Gen Core CPUs. The company did only confirm that H-series SKUs will be used, but as it turned out, the NUC 11 Extreme actually comes with new KB series. Those are mobile Tiger Lake CPUs on the BGA1787 socket designed specifically for such systems.

Tom’s Hardware made a quick comparison between desktop non-K-series SKU (i9-11900) and KB-series. The systems were also equipped with the same GPU (RTX 3060), however, the exact configuration of each system is unknown. This comparison is far from ideal, but it is more than enough to spot major differences between platforms. As it turns out, there aren’t many. It is worth noting that both 11th Gen Core CPUs support PCIe Gen4, so there shouldn’t be a GPU bottleneck here. The KB-equipped NUC features DDR4-3200 memory, but the configuration of 11900-equipped system were not provided by Tom’s Hardware.

Overall, Intel introduced as many as four SKUs, ranging from quad-core to octa-core configurations. Interestingly they all feature Thermal Velocity Boost up to 5.3 GHz, which is not available with all Tiger Lake mobile processors. Such a boost is achievable thanks to much higher TDP up to 65W, which is more of a domain of desktop non-K series. It is unclear if all these SKUs will be available with the NUC 11 Extreme or for that matter if they are also coming to other products.