The Core i9-11900K the flagship of the 11th Gen Core series that have not yet been officially released by Intel, has been spotted by @leakbench on Geekbench for the first time with a clock boost frequency over 5.28 GHz. This 8-core and 16-thread processor will be Intel’s next top SKU in the upcoming series.

Despite offering fewer cores and threads, the CPU is able to match the current-gen Core i9-10900K CPU in a multi-threaded benchmark, while offering much higher single-threaded performance. The 11900K has been tested on the Gigabyte Z490 AORUS Master motherboard which apparently already supports the new processor.

Meanwhile, China-based company Colorful, which recently announced its new Z590 motherboard series, appears to be evaluating the performance of another 11th Gen Core CPU, the i7-11700K, according to another leak from the Geekbench database. Interestingly both CPUs are to offer similar core and thread configurations but the i7 series is to be offered with a lower frequency.

The 11900K has been tested with a clock speed of 5.28 GHz, which might be the actual Thermal Velocity Boost for this SKU. The software does not confirm how many cores have reached such a frequency though. The 11700K, on the other hand, has only reached 4.58 GHz maximum frequency: 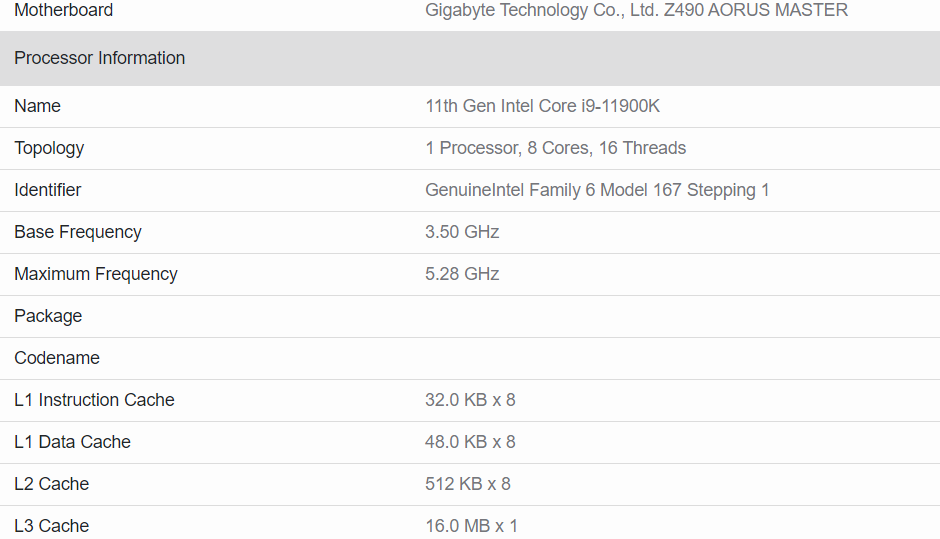 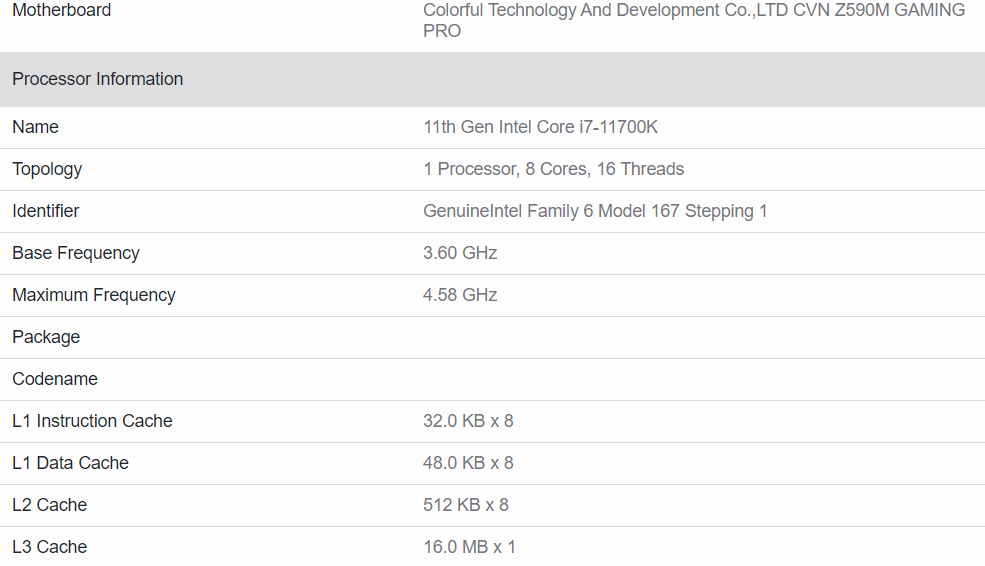 The CPU has scored 1892 points in the single-core benchmark. Assuming that this is a stock configuration of the processor, then we have a new top score in the Geekbench V5 ranking. So far the highest score belonged to Ryzen 9 5950X, which reportedly scores 1682 points on average. Of course, the situation is completely different when multi-core performance is considered, then the Core i9 CPU is clearly at a disadvantage.