A first preview of the flagship Rocket Lake-S CPU has been posted by a 二斤自制 on YouTube. 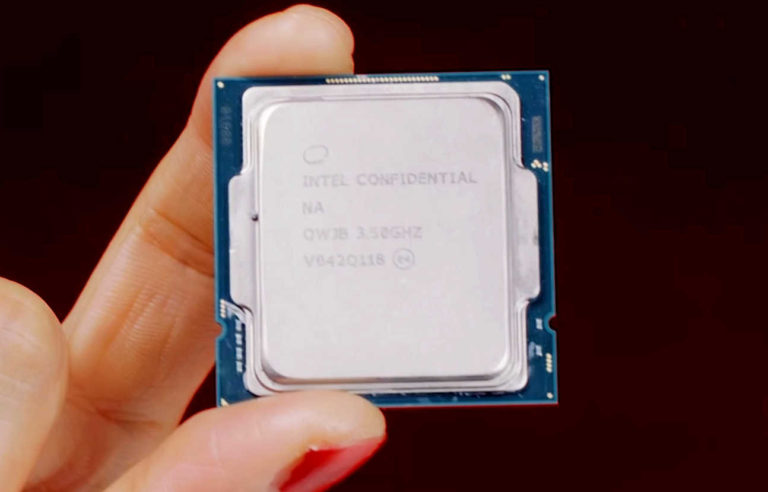 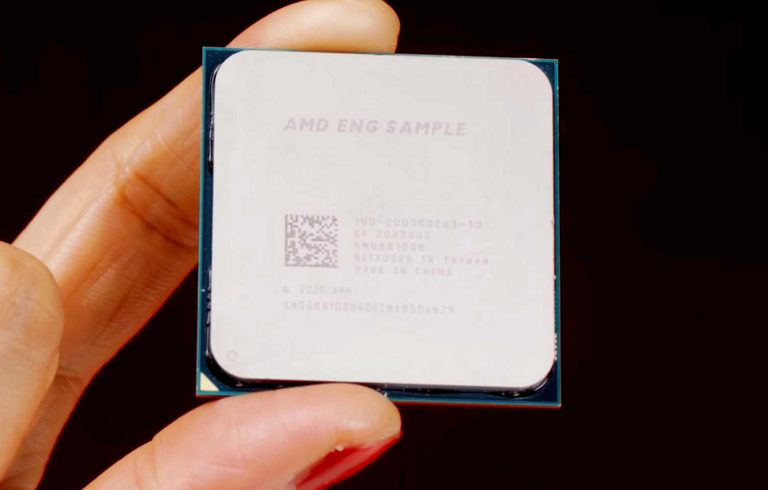 The preview compares Intel Core i9-11900K QS (Qualification Sample) and AMD Ryzen 7 5700G ES. While QS might be closer to retail product than ES, both do not represent finished products, hence it is important to treat those results with a grain of salt. In fact, neither Intel nor AMD have even officially confirmed the launch dates for these products.

There are also technical considerations to be taken. AMD 5700G Cezanne CPU has shown relatively low frequency throughout the test. It is also mentioned that the built-in graphics are not working yet. Meanwhile while testing Intel CPU many bluescreens and crashes were reported, especially during overclocking attempts. In short, both CPUs are far from final products and there is still headroom for improvement.

Intel Core i9-11900K is an 8-core and 16-thread CPU based on Cypress Cove architecture. The sample used in this test has a base clock of 3.5 GHz and a boost up to 5.2 GHz. As we already know the CPU should clock up to 5.3 GHz with Thermal Velocity Boost. 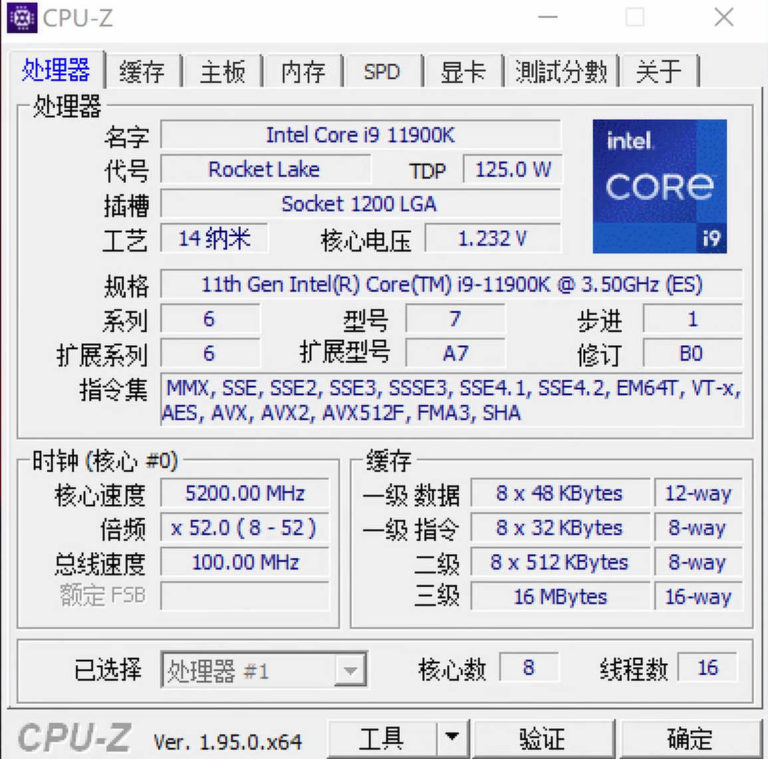 We gathered the most important results in a chart. The Core i9 CPU appears to be faster than AMD Ryzen 5800X and 5700G CPUs (both based on Zen3 architecture) in almost every test except Cinebnech R15 single-core.

In CPU-Z, Core i9-11900K was able to reach 719.6 points in the single-core test and break the 7000 score barrier in multi-core. Those results are visibly better than early engineering samples that were previously tested. 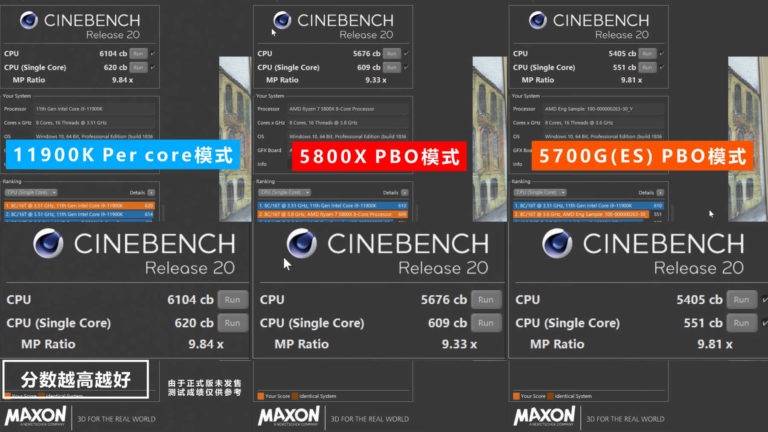 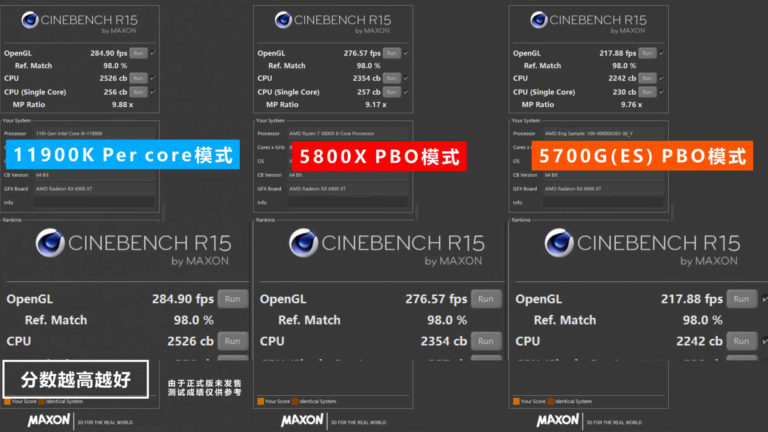 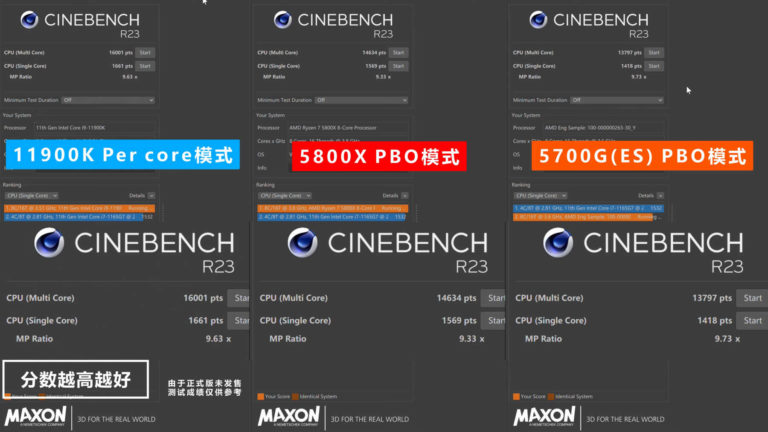 At its current state, the Core i9 CPU is not offering better performance in gaming, at least not in all titles. AMD Zen3 still appears to be faster in most games, except PlayerUnknown’s Battleground as mentioned by the leaker. 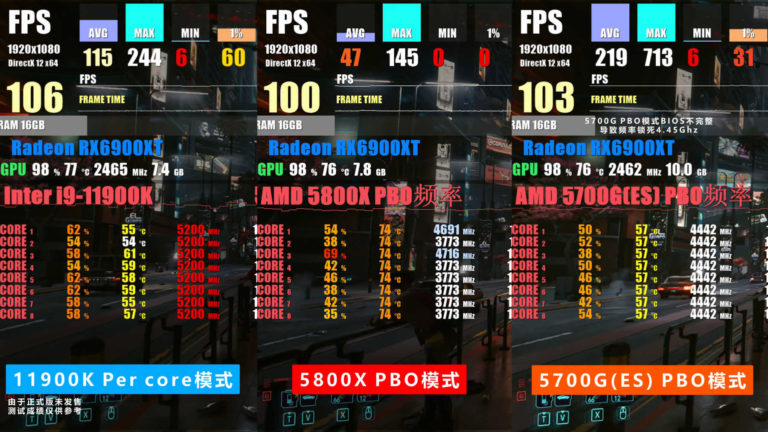 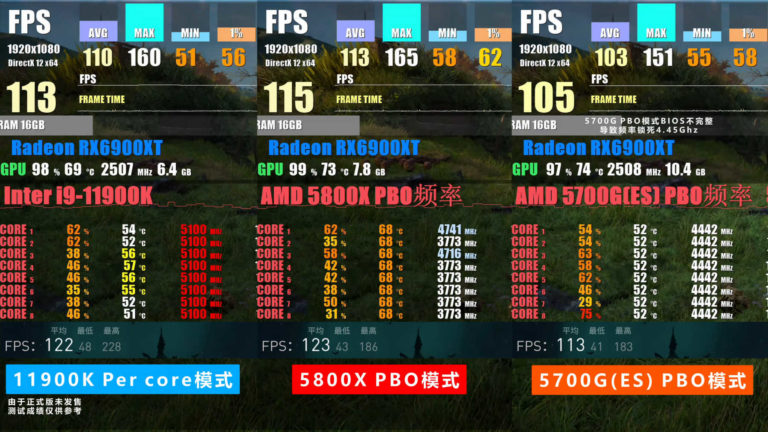 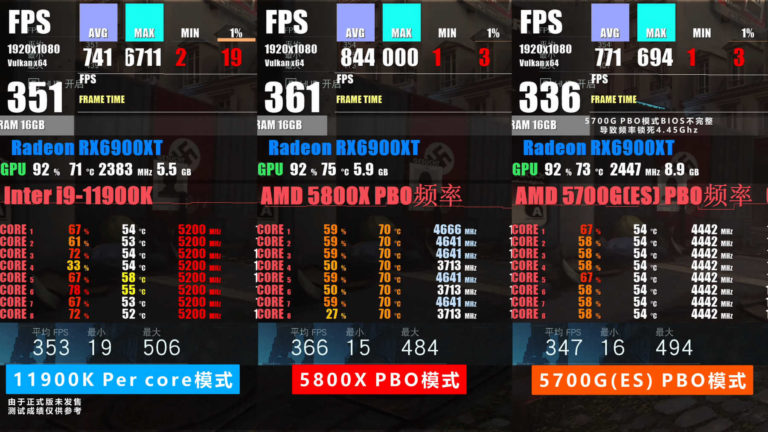 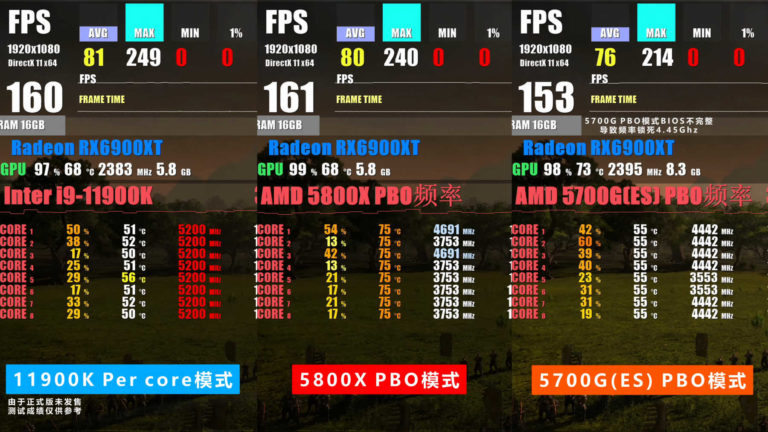