A preview of the upcoming Intel Core i9-11900K CPU has been posted on Bilibili video platform. The processor used for the test is reportedly a qualification sample, which is probably the closest as we can get to a retail unit before its release.

The testing platform features ASUS ROG STRIX RTX 3090, Z490 motherboard, and memory clocked at 3600 MHz (CL16). Both processors have been overclocked to 5.2 GHz and are cooled down by an industrial CPU chiller. The preview has been shared by Bibibili creator 二斤啦啦啦啦. 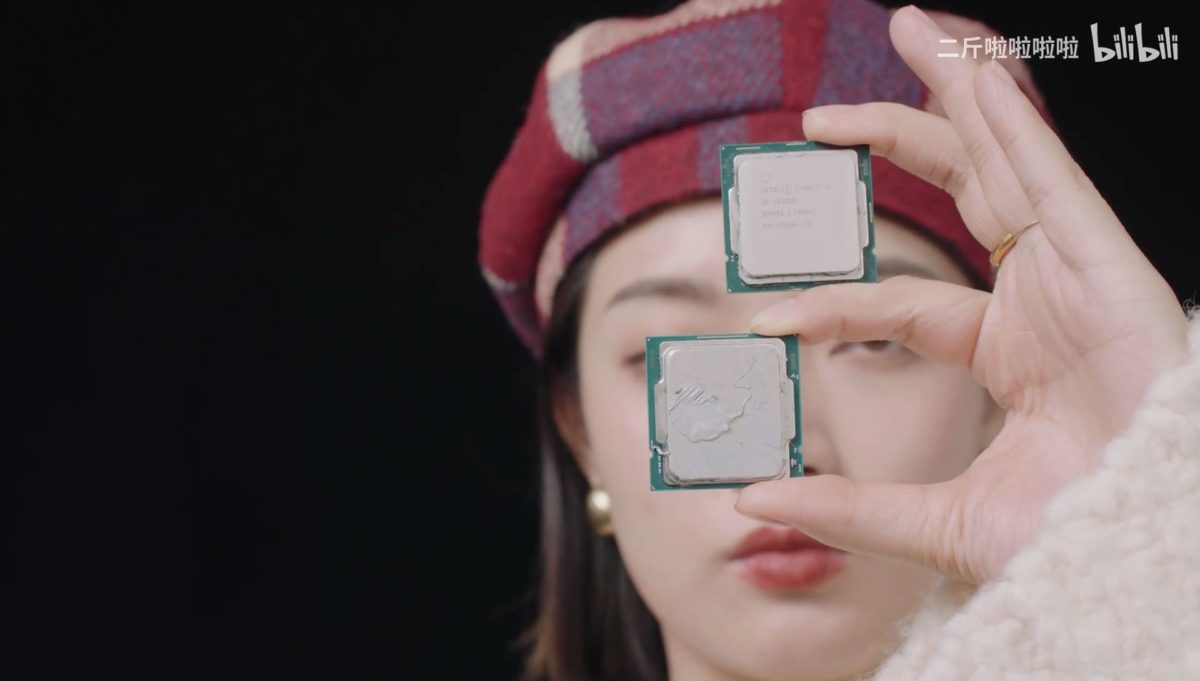 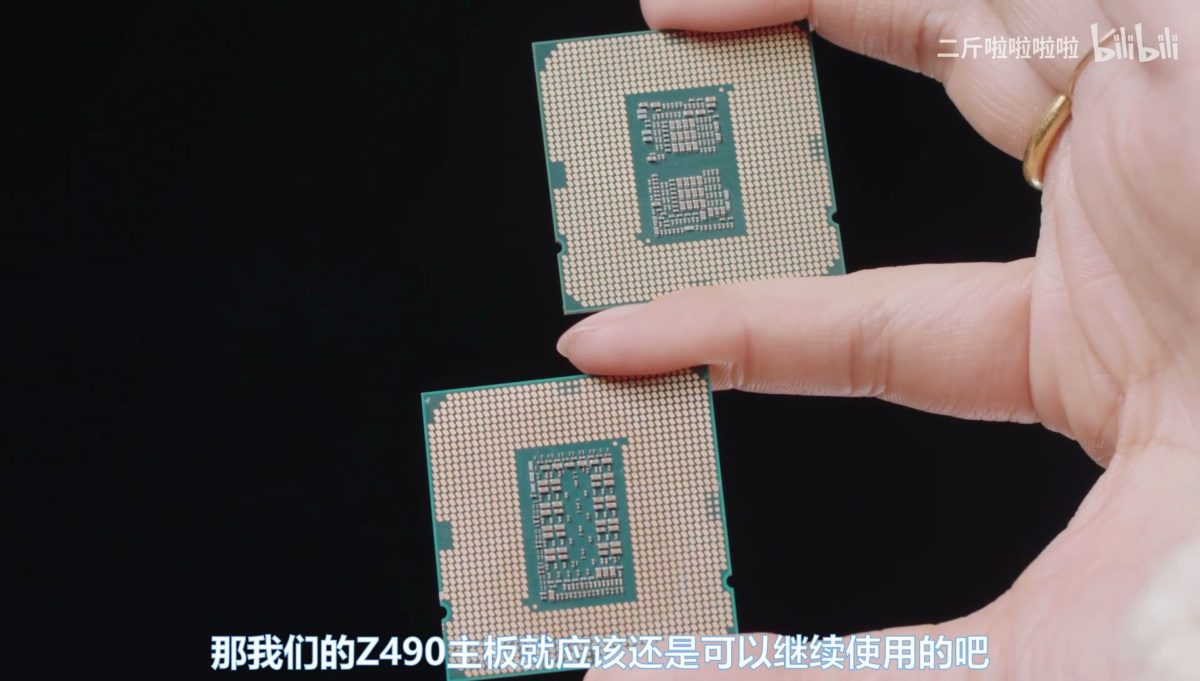 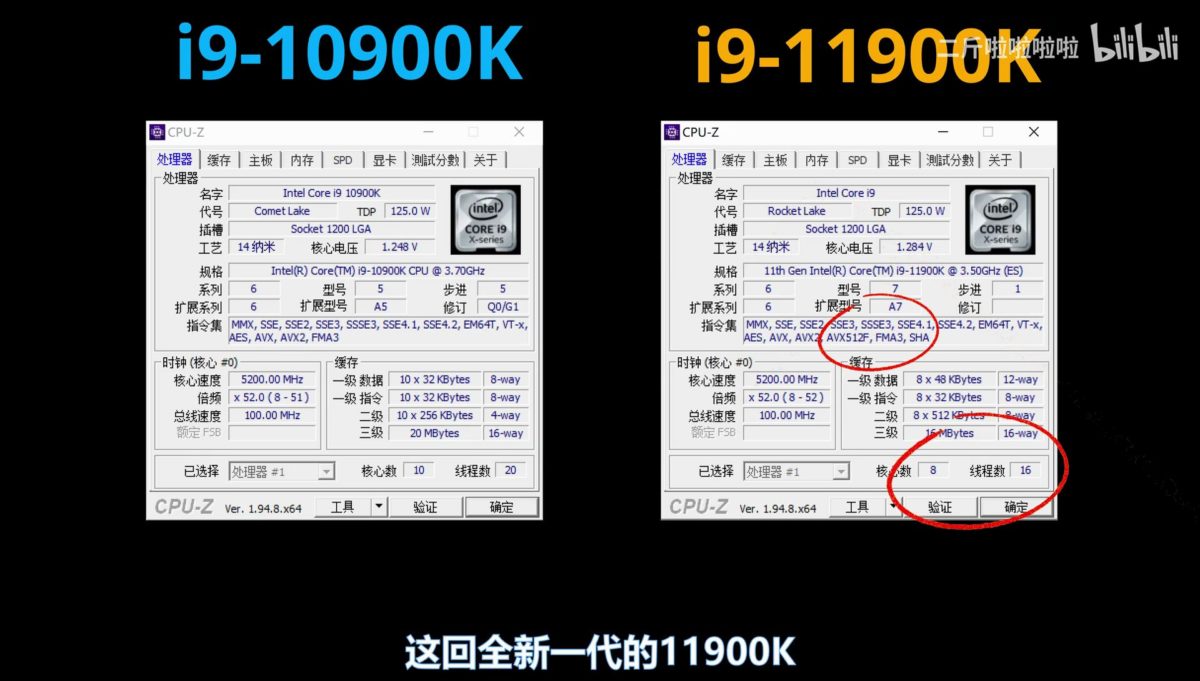 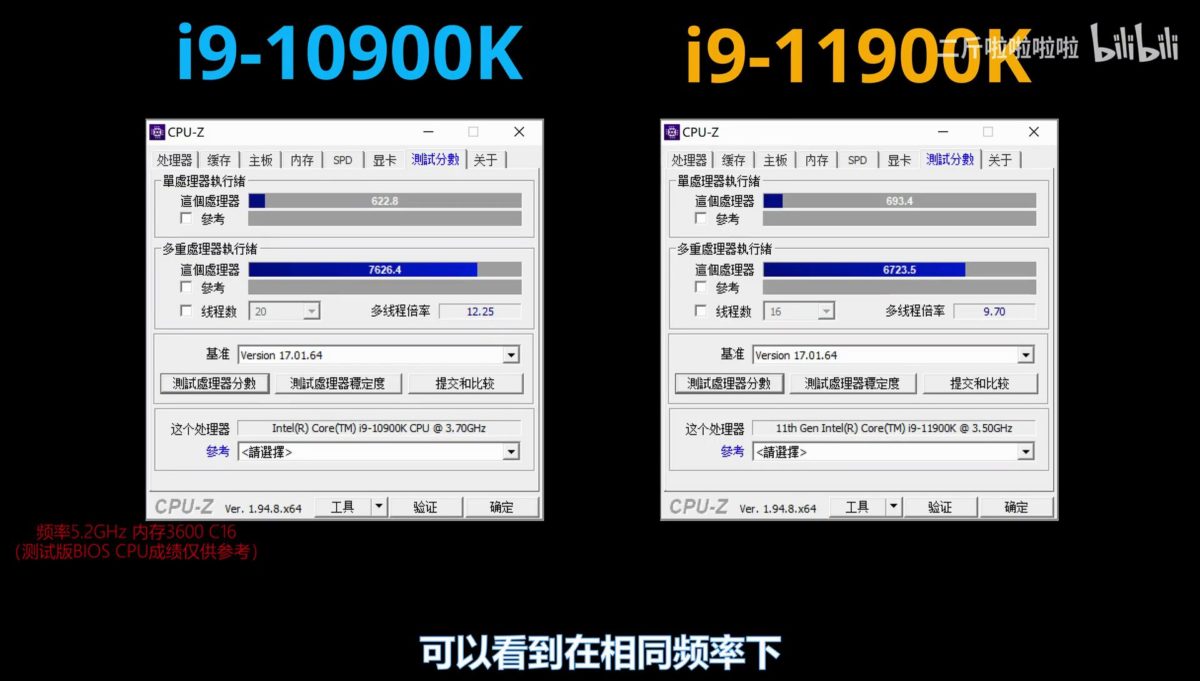 The GPU-Z software confirms that the discrete GPU is operating in PCI Gen4 mode. This is an exclusive feature of the new Rocket Lake-S CPU: 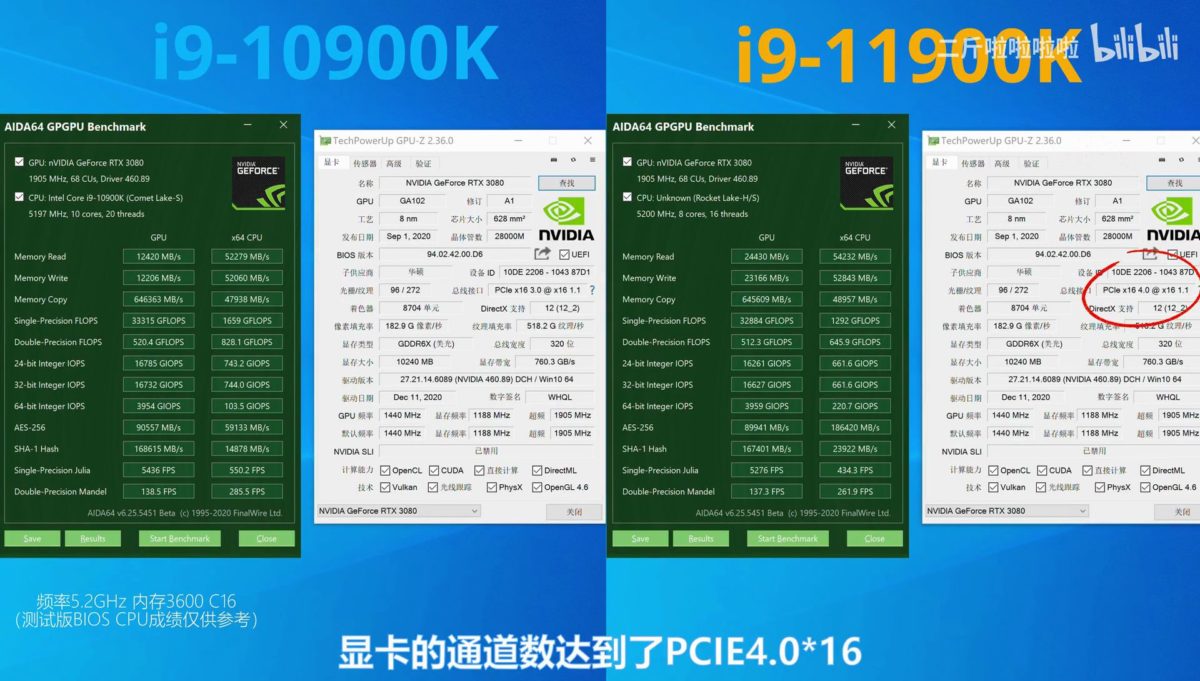 The CPU has been tested in all three popular versions of Cinbench. It looks that the 11th Gen Core processor has a clear advantage in the single-threaded benchmark while falling to compete with the current flagship in the multi-threaded benchmark. 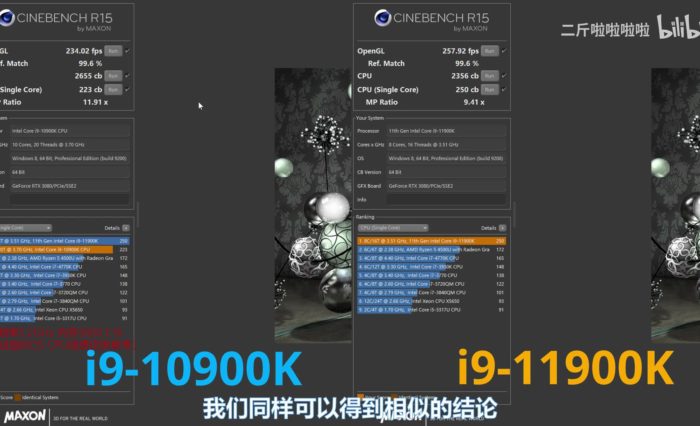 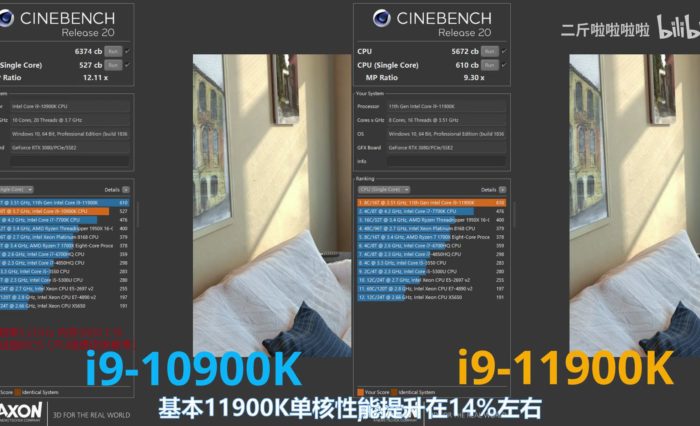 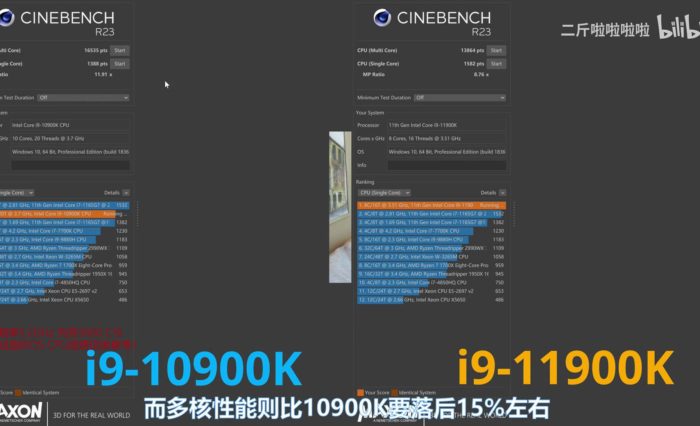 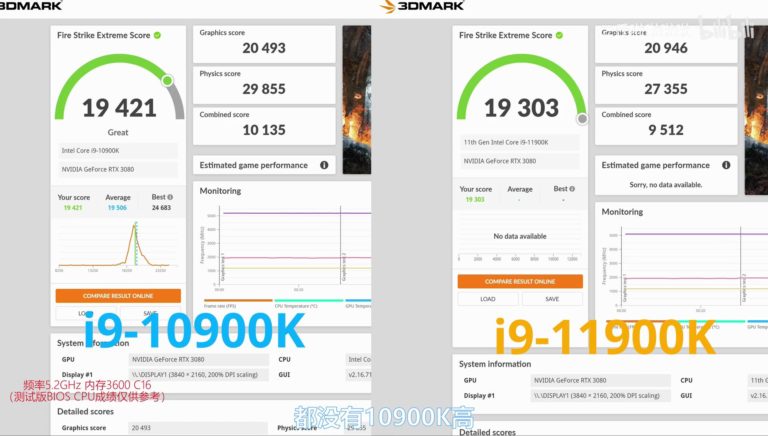 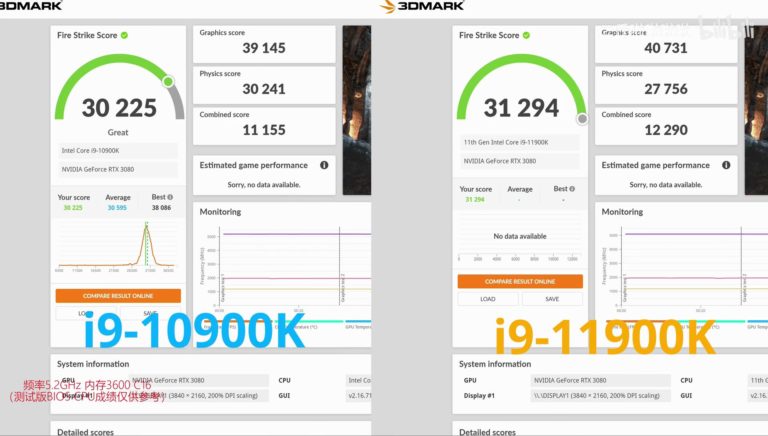 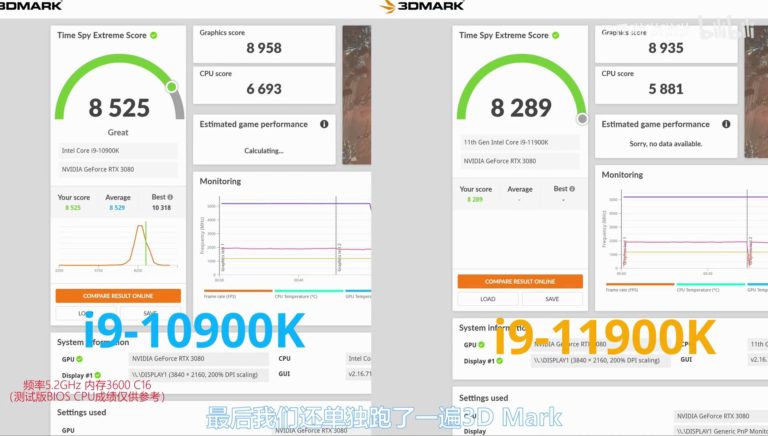 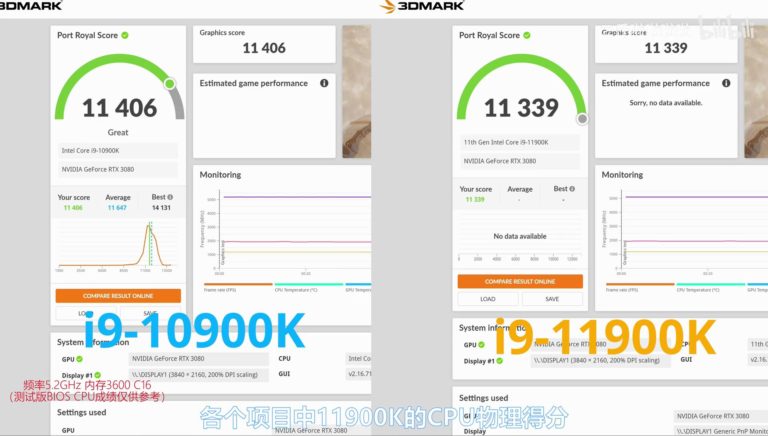 The gaming performance does not appear to correspond to Intel’s own benchmarks. The qualification sample often shows worse performance than the current flagship, thus it is assumed that the sample does not represent the final product. 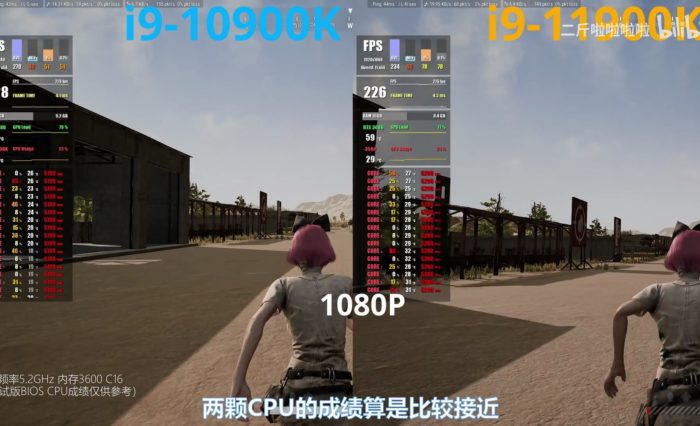 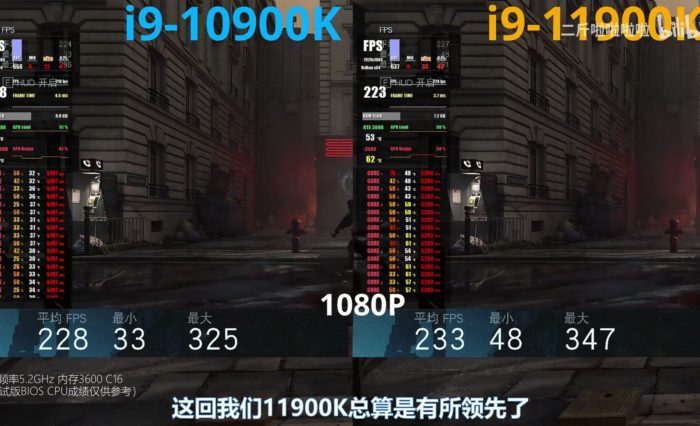 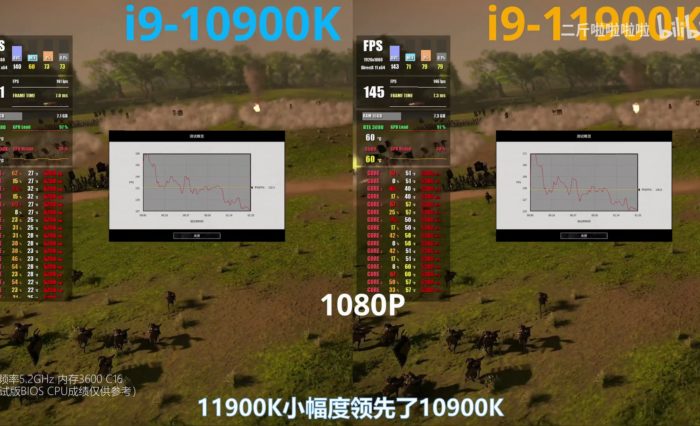 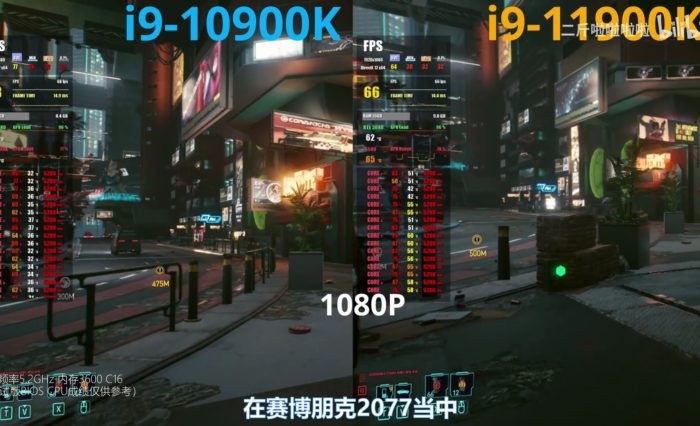 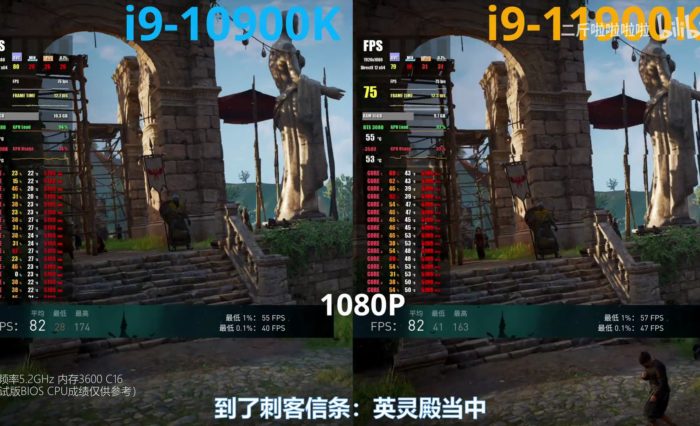 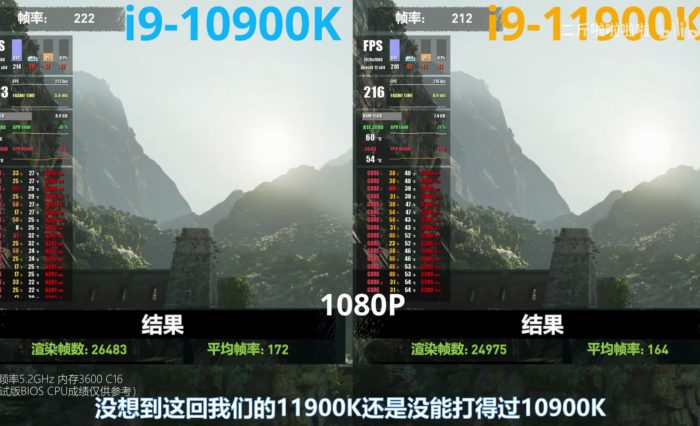 Intel has already disclosed partial information on the processor performance. According to Intel’s own benchmark results, the CPU will be faster than AMD Ryzen 9 5900X based on Zen3 architecture in various games, despite offering fewer cores. 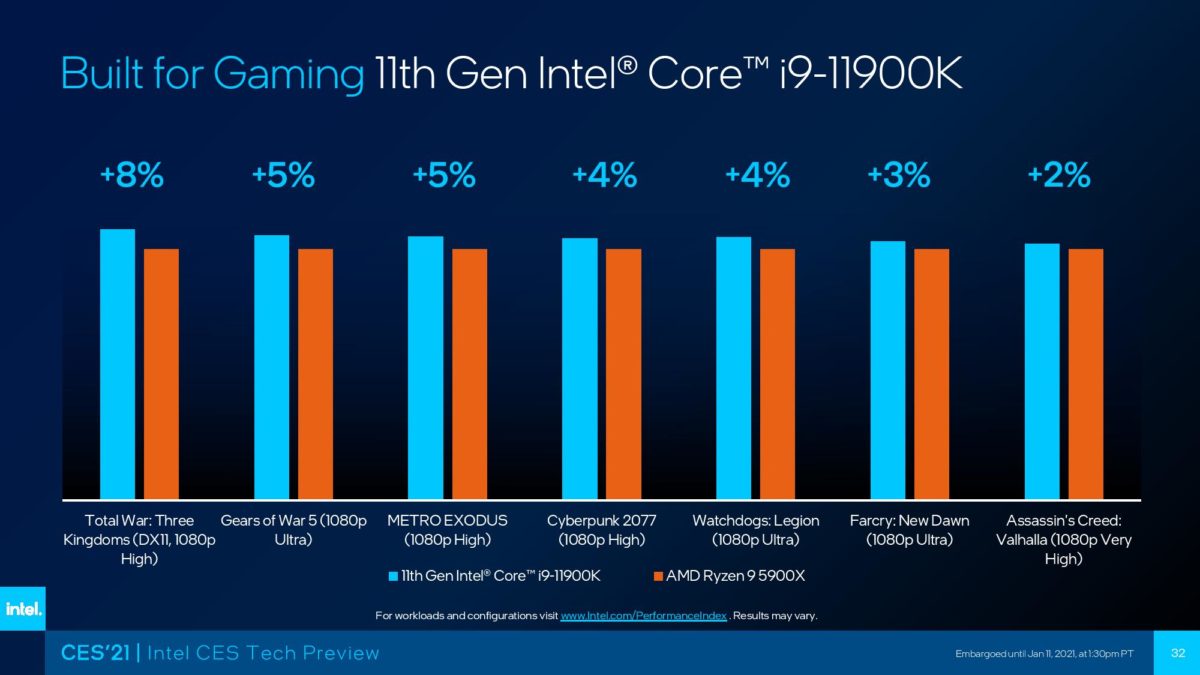 At CES 2021 Intel disclosed that the CPU will have a turbo clock up to 5.3 GHz for a single-core thanks to Thermal Velocity Boost technology. The next-gen flagship is expected to debut in March, although Intel only mentioned it become available in the first quarter.