Intel Core i9-11900K, the flagship CPU of the Rocket Lake-S series, has been overclocked to over 7 GHz, according to the CPU-Z Validation website. Such a frequency was achieved with a massive voltage adjustment to over 1.873 volts. The overclocker signed as ‘Rog-Fisher’ was using ASUS ROG Maximus XIII Apex motherboard, a model designed for overclockers.

Meanwhile, an Indian YouTube channel PC Wale has a video showing the overclocking process of the same processor model but only to 6.5 GHz. This frequency was achieved at a slightly lower voltage of 1.678V voltage.

The overclockers from PC Wale received a custom XOC BIOS from SafeDisk, an overclocker from South Korea who works for ASUS. This version of BIOS unlocks the voltage to up to 2V. A frequency of 6.5 GHz by PC Wale was achieved with the ROG Maximus XIII Hero motherboard.

Unfortunately, since the processor was supplied by Intel, overclockers were not allowed to present any benchmark results. For those, we need to wait till March 30th, when the new series will officially launch. 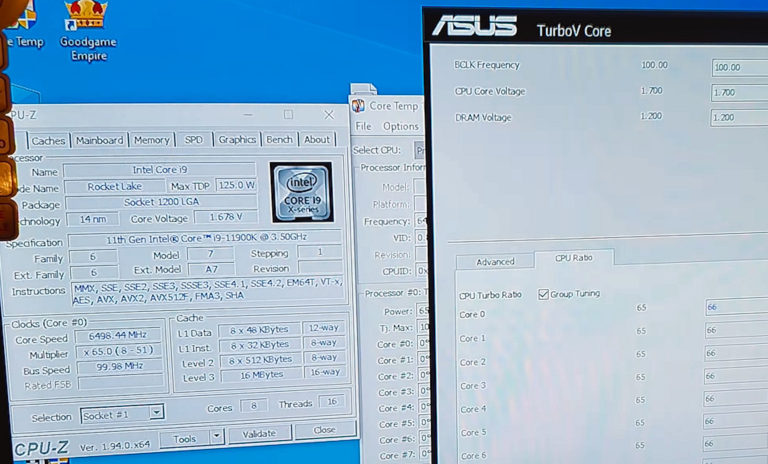