It appears that the chart originated at MSI, likely to be part of the recently 500-series motherboards presentations. The specifications of the 11th GeN core series are certainly still under NDA though.

The K-series are feature 125W TDP and DDR4-3200 memory support. While there is no change in TDP compared to the Comet Lake-S series, the memory support has improved. MSI slide confirms that the Core i9-11900K will boost up to 5.3 GHz in Thermal Velocity Boost mode with all cores reaching up to 4.8 GHz. The base clock is as rumored before, 3.5 GHz. 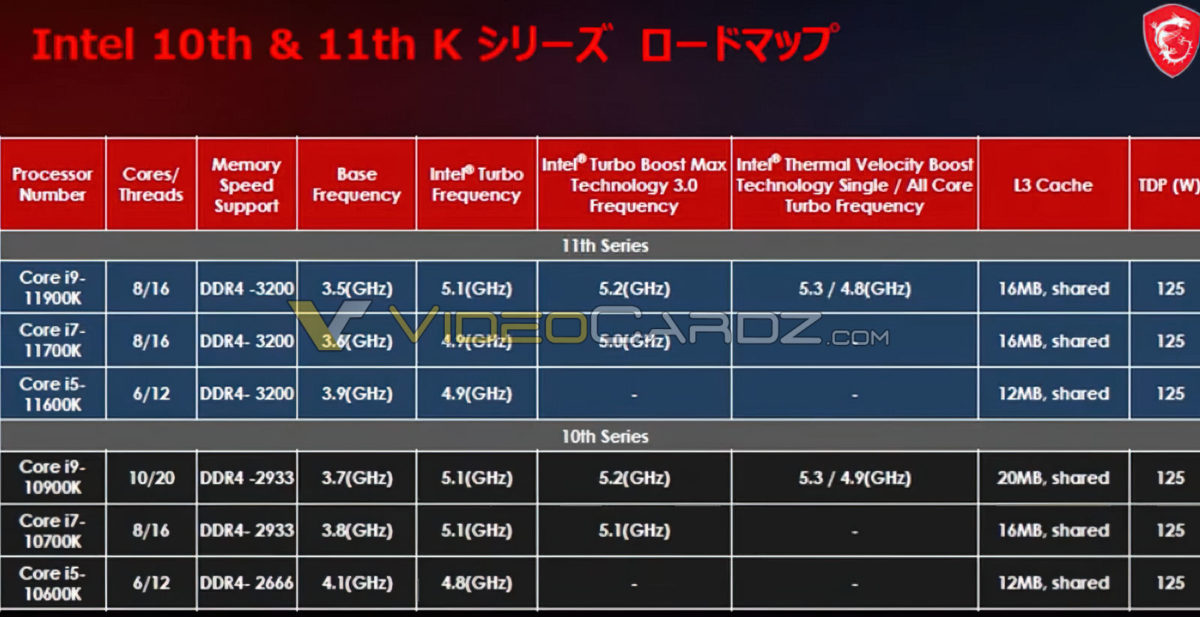 The chart from MSI appears to confirm the specs that have already been leaked, however, do note that some frequencies may still change.