The new benchmark scores of the Core i9-11900K processor put it 35% higher in the single-core Geekbench V5 benchmark over its predecessor. With 8-cores and 16-threads, it is also able to match the 20-thread 10900K CPU in the multi-core benchmark. Therefore the upcoming Rocket Lake-S CPU might be an interesting choice for gaming and single-threaded applications, but at the same time, it shouldn’t be much slower than its predecessor in multi-threaded workloads.

So far no desktop CPU has been able to reach 1900 points in the single-core benchmark, according to Geekbench’s own processor ranking.  However recently somebody has been testing the Core i9-11900K on a Gigabyte Z490 Aorus Master motherboard and 32GB of DDDR-3600 Memory. With such a setup, the CPU has finally broken this barrier: 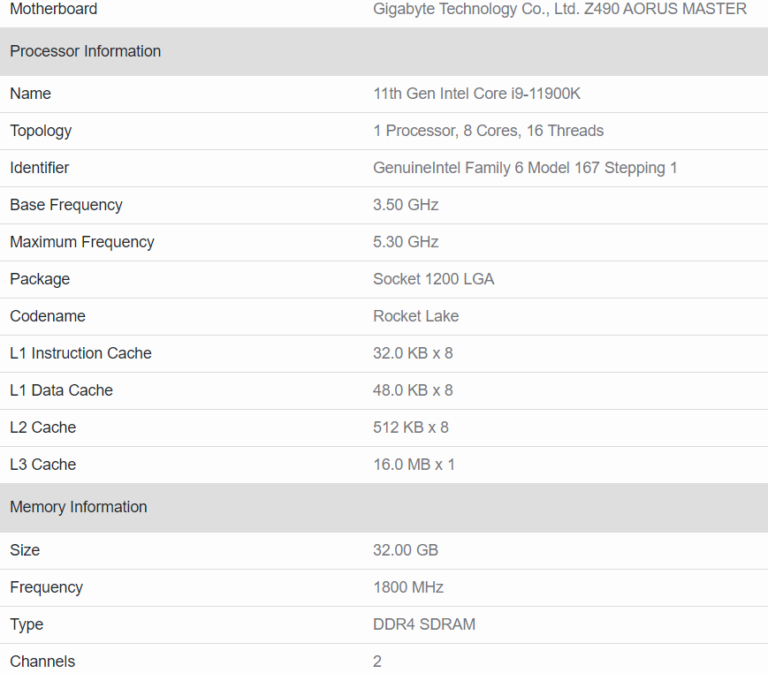 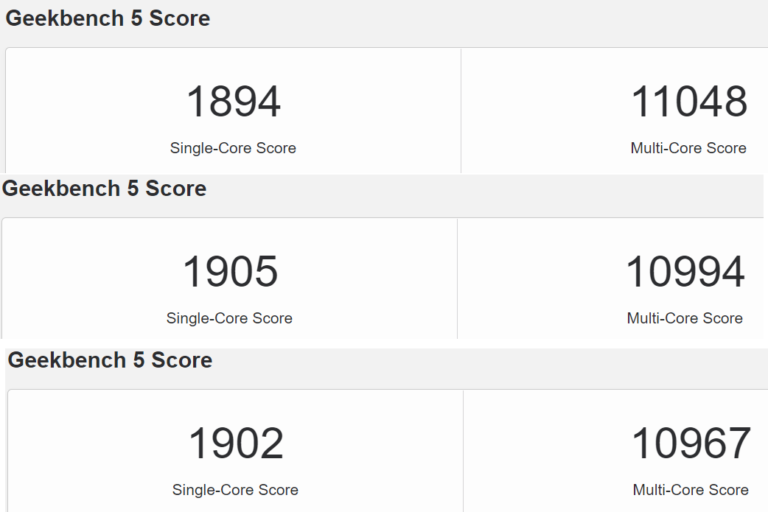 In two instances where the CPU scored 1.9K points, it would run at 5.2 GHz+ throughout the test with sporadical drops to 5.0 – 5.19 GHz. It is unclear if the test was performed with any form of overclocking applied (increased PL1/PL2 or load duration levels). However, this could also be a stock configuration: 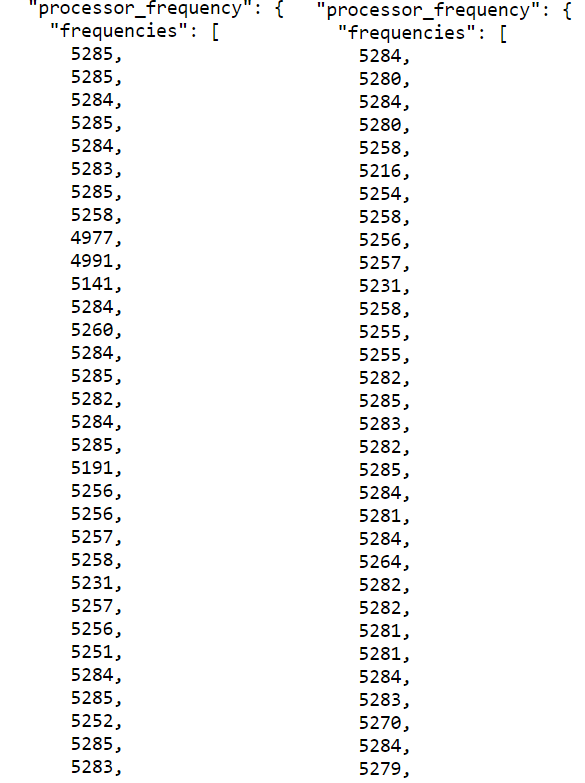 The Cypress Cove based Intel CPU is also faster than 8-core and 16-thread Ryzen 7 5800X (a better choice for apple to apple comparison). The Intel CPU offers 13-14% and 5-6% higher performance in single-core and multi-core benchmark respectively.

Intel has not yet confirmed the exact launch date for its 11th Gen Core series. It is rumored that the new series might launch in March, however, it remains to be seen if this launch will also mean avaibility at the same time.