First benchmarks ahead of the official launch.

Intel has set the embargo on Comet Lake-S reviews to May 20th. This means that for two weeks are expected to wait for the official launch. Fortunately, this is not the case for many enthusiasts, including those who already have the new processors.

A benchmark result with Core i9-10900K has been spotted, allegedly showing the processor running at 5.4 GHz in the Cinebench R15 benchmark. The latest flagship for the mainstream platform featuring 10 cores and 20 threads has a maximum turbo clock of 5.3 GHz (Thermal Velocity Boost). The Core i9-10900K has a TDP of 125W and it is still based on 14nm node, thus high-frequency gains were not necessarily expected from this generation.

A leak from Baidu forums (now removed) has shown the processor running at 5.4 GHz with 1.35V voltage, that assuming the CPU-Z correctly reports these values. This overclocking allowed the processor to score 3002 points in Cinebench R15 (multi-core). 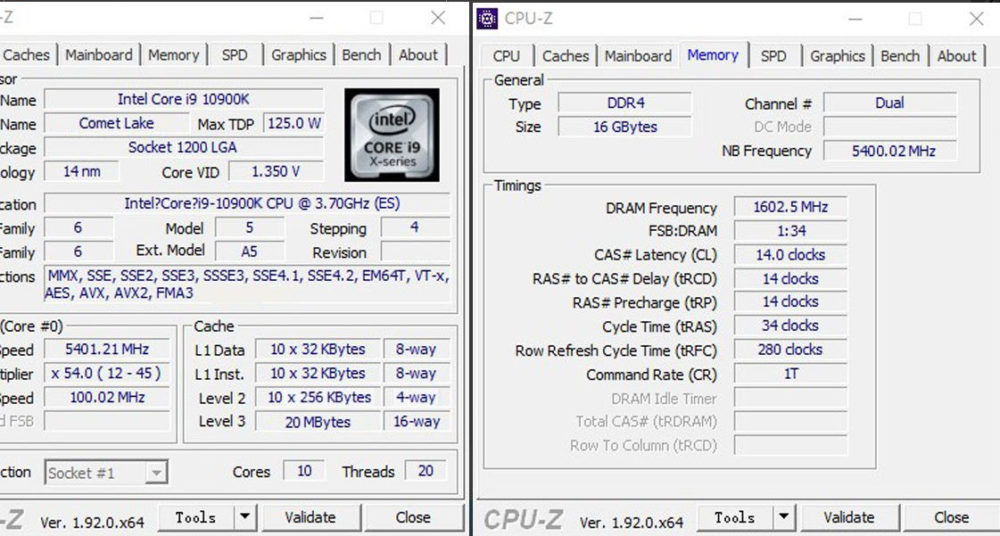 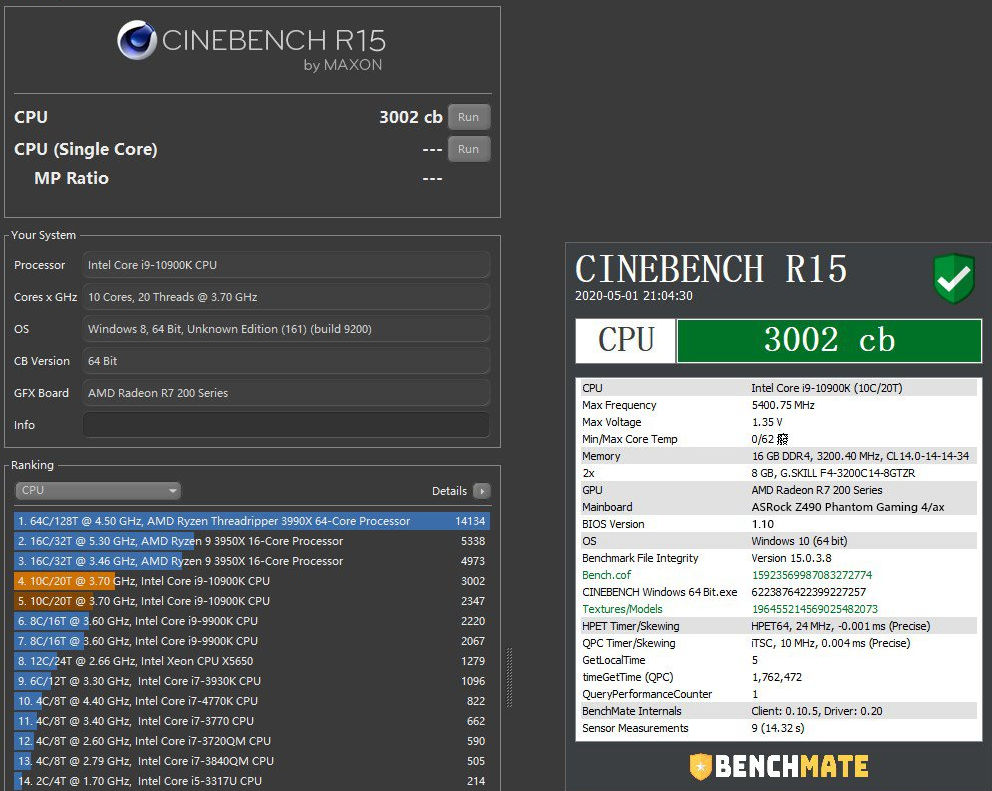