Intel’s latest 14nm processor series for the mainstream desktop platform is expected this month. Our sources have confirmed that April 30, as reported by El Chapuzas Informatico, is indeed the official embargo lift date for Comet Lake-S and Z490 related content.

The materials confirm that i9-10900K will boost up to 5.3 GHz with Thermal Velocity Boost technology. As we compare the details with 10700K and 10600K promos, it is apparent that Core i7 and Core i5 do not have TVB support.

The frequencies visible in the materials are in-line with Informatica Cero’s slides posted more than 3 months ago. The same slides also revealed that all three SKUs are in fact 125W TDP parts.

Intel is expected to unveil its new series on April 30. Some reviewers have already told us that they are expecting Z490 motherboard samples next week. Others have decided to tease the upcoming launch on Instagram (derbauer) or Youtube (AMTECH Studio). 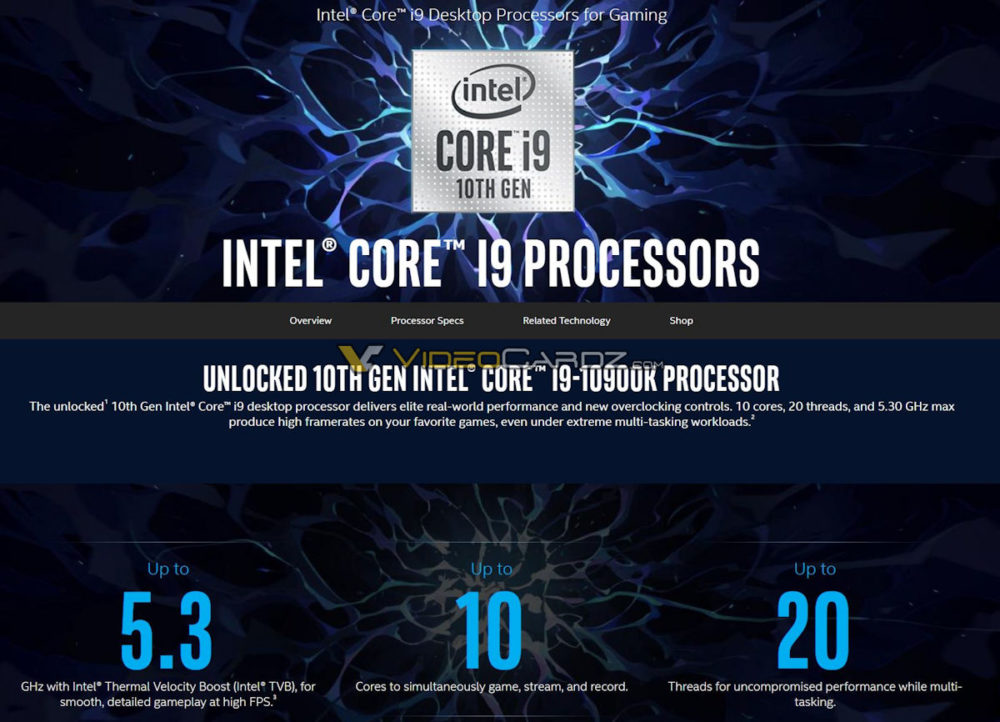 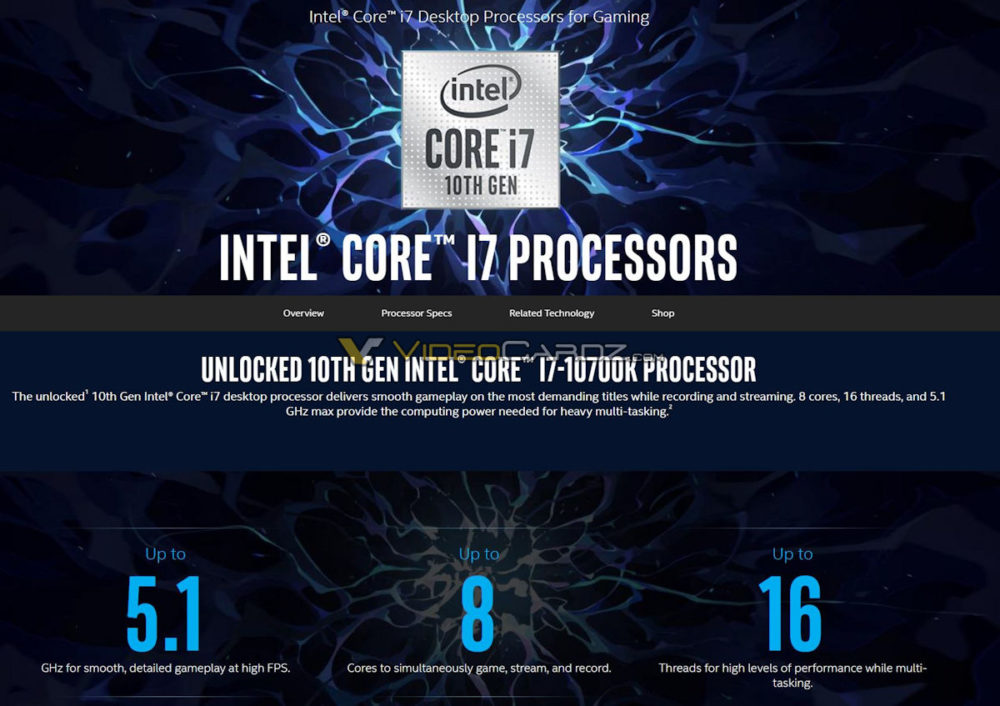 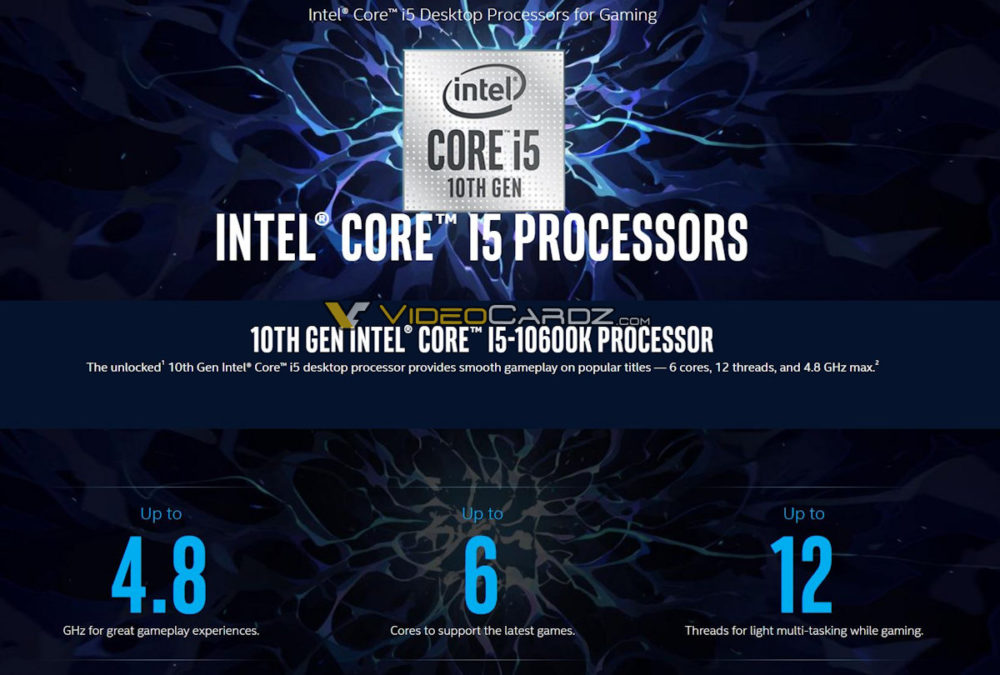