Intel to launch another Core i9 “Comet Lake-S” processor?

It appears that Intel might be preparing a launch of yet another Core i9 desktop part for the LGA1200 socket. A new entry spotted by APISAK appears to show a Core i9-10850K processor featuring 10 cores and 20 threads.

This processor would only be slightly slower than the 10900K model. The leak points towards 100 MHz lower boost clock, going up to 5.2 GHz (the 10900K has 5.3 GHz Thermal Velocity Boost).

Interestingly, the new model would not be much different than the 10900K in terms of Geekbench 4 performance. As Wccftech points out, it is about 5% slower in the multi-threaded benchmark.

The launch of the 10850K variant for desktop series would reflect the mobile Comet Lake-H series, where we also have an i9-10850H 10-core processor. This is the first leak regarding the new SKU. It could be considered a response from Intel to the upcoming AMD Ryzen 9 3900XT launch, currently planned for July 7th. 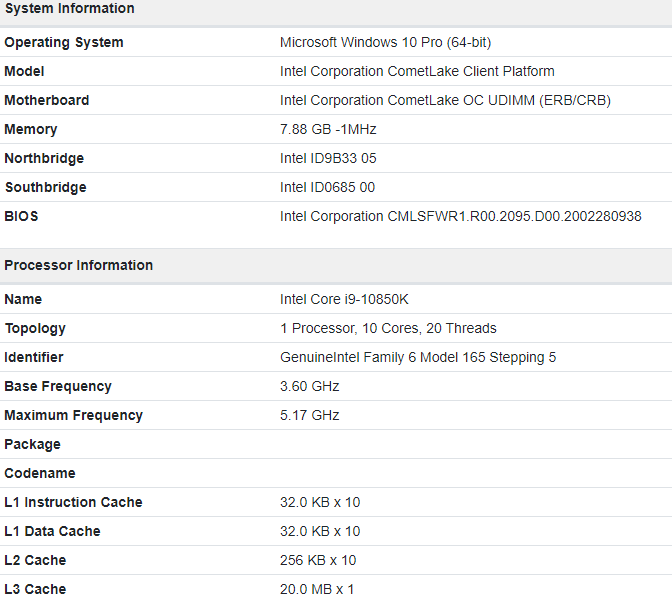 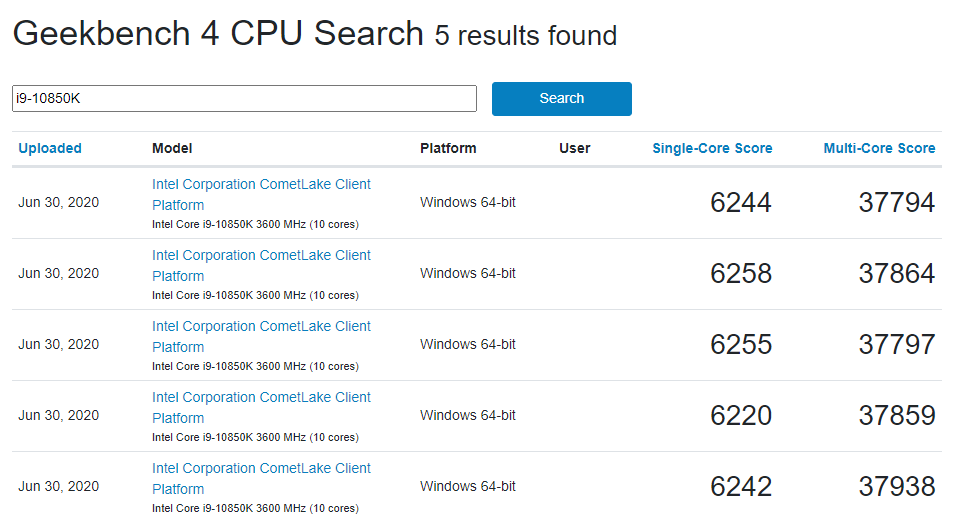