This low-power SKU has very low base clock of 1.4 GHz, but still keeps relatively high 4.788 GHz boost clock. The T-series models are not for gamers, though, but low-power systems, adhering to default TDP of 35W. Such processors make sense for small form factor designs, embedded solutions and other devices that may require many cores but do not necessarily have capable cooling solutions. 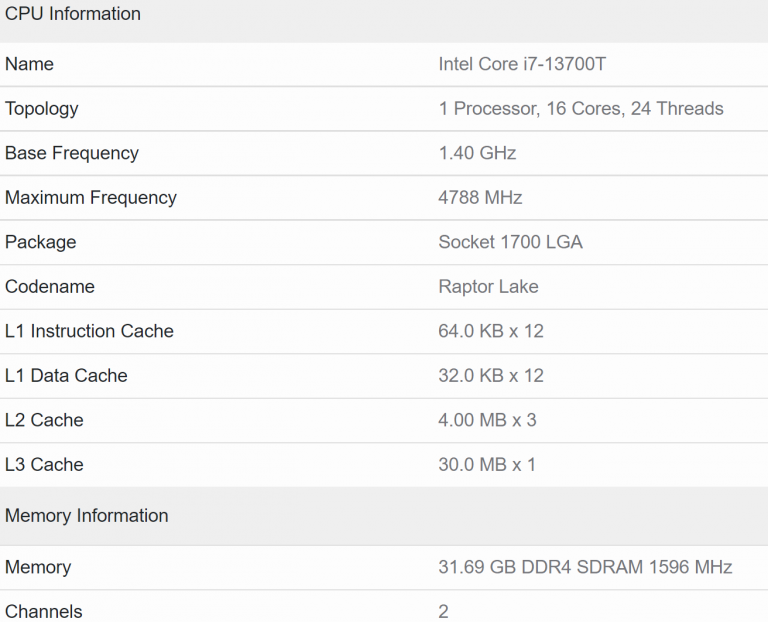 Initial launch of Intel Raptor Lake series is to include K-series only, but this leaks confirms that T-series are now being tested as well. It is unclear when exactly they might launch, though.