It is shown that a CPU from Raptor Lake series already reached 6185 MHz with all 8 Performance cores and 4189 MHz with all 8 Efficient cores. To achieve such a high clock, the CPU is running with 1.536 Volts. This test was performed on ASUS Z690 ROG STRIX A motherboard with DDR4 memory. The hyper threading was disabled (hence it shows 16 threads instead of 24). 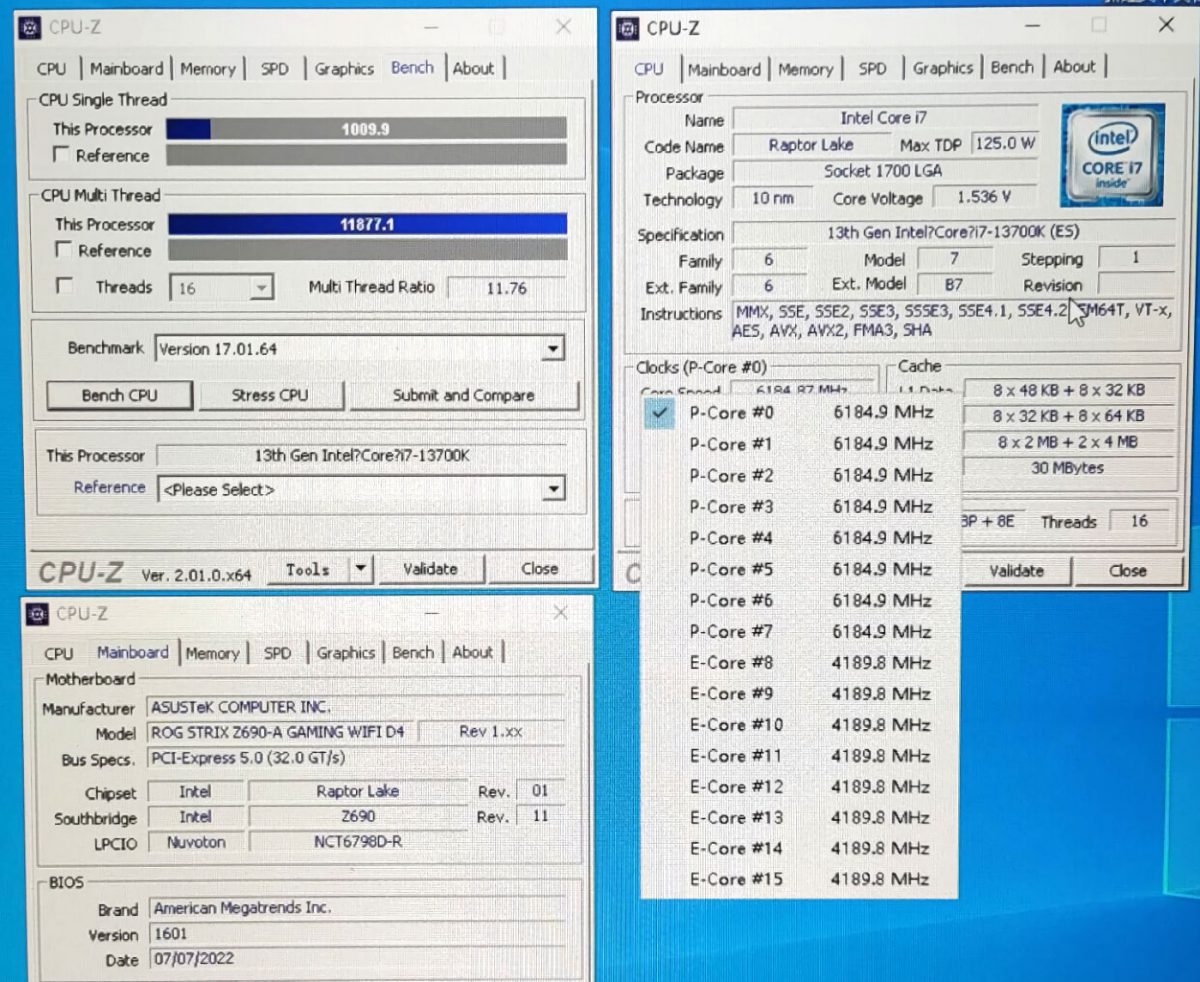 Unfortunately the leaker provided no information on the cooling used, but he adds that Raptor Lake should easily work with 1.3V with good temps, which is not always the case with Alder Lake. For the sake of this one test, however, 1.5V shouldn’t negatively affect the CPU.