Although it has only been a day since Intel announced its HX series of 16-core Alder Lake mobile processors for enthusiasts, the first review has already been published on Chinese social media platform by Golden Pig Upgrade Pack team.

Intel Alder Lake-HX is a spiritual successor to Tiger Lake-H45, but only for one reason. Unlike Alder Lake-P silicon which comes with the integrated chipset, the HX series require additional silicon for I/O (HM670 chipset). This chipset expands the number of PCIe lanes for GPU, storage and peripherals.

The CPU HX alone has 16 Gen5 lanes for the GPU and 4 lanes for Gen4 SSD. This is further expanded by 16 Gen4 lanes and 12 Gen3 lanes by the chipset. This is illustrated by the following photo, which also shows NVIDIA GN20-E6 GPU (RTX 3070 Ti): 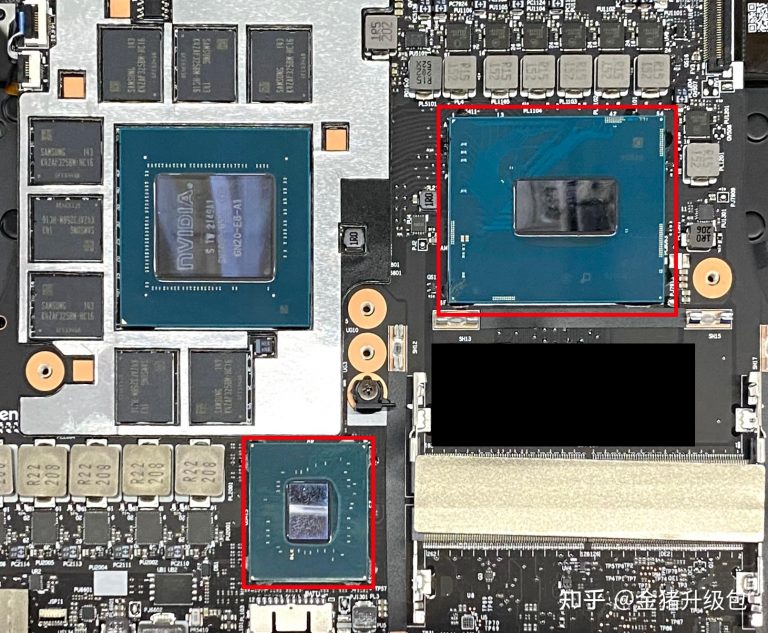 Since this is the first time where we get to see the HX CPU up close, one might wonder if there are any changes to the package compared to desktop silicon. The BGA package (which is the same size as LGA), is 2.2 mm thinner and, as confirmed by the photo, some capacitors are located elsewhere. However, the placement of the CPU die appears to be in the exact same location.

Gaming does not show any significant improvements, both SKUs perform about the same, there is only 2.56% difference in favor of the HX variant for premium (AAA) titles.

The reviewer goes through many other tests, but for those, make sure to check the link below.