Intel’s upcoming 12th Gen Core high-end gaming CPU lineup for laptops is pretty much known at this point, as a third SKU with the same configuration leaks through Geekbench.

Another Alder Lake-P part has just been leaked by the Gigabyte engineering team, who apparently is testing AORUS 15 YE4 gaming laptop with Geekbench software. Fortunately for us, somebody forgot to unplug the Internet access, which means we have a partial confirmation on the specs of this unreleased Intel CPU.

The Geekbench software version used by Gigabyte does not recognize Alder Lake turbo clocks correctly, which is why it reports on 28.3 GHz. The base clock, on the other hand, appears to be 2.8 GHz, so just 100 MHz lower than Core i9-12900H. 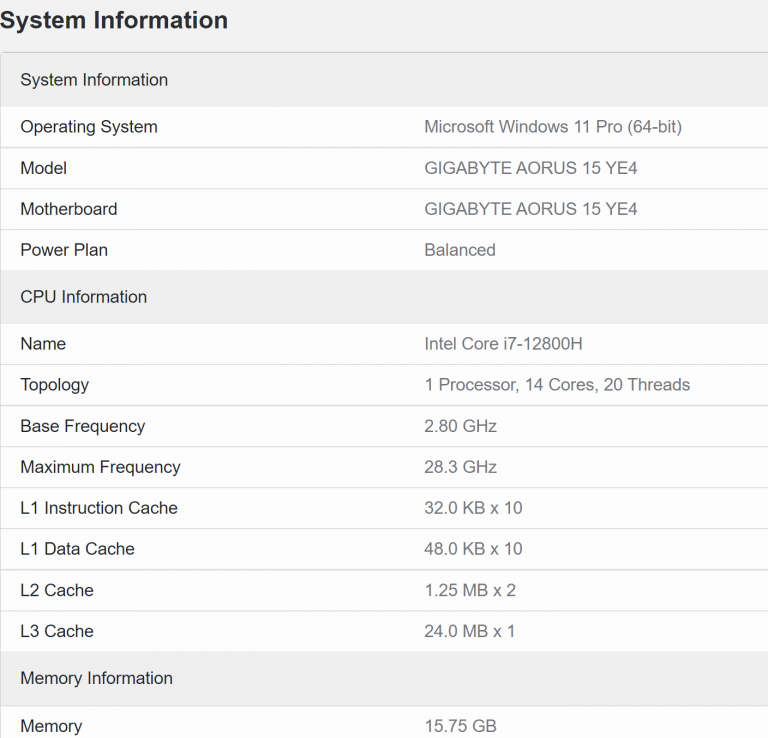 Intel is now expected to launch its 12th Gen Core Alder Lake-P mobile lineup at CES 2022 in January. As the leak confirms, laptop makers are already testing the CPUs ahead of launch, which suggests next-gen gaming laptops might be available at the launch of Intel’s new platform.