The website shares Cinebench R20 and R23 scores featuring unreleased Core i7-12700H Alder Lake-P CPU. This particular processor is equipped with 14 cores and 20 threads, just as many as Core i7-12800H and Core i9-12900HK CPU, except at lower frequency (which sadly has not yet been confirmed). 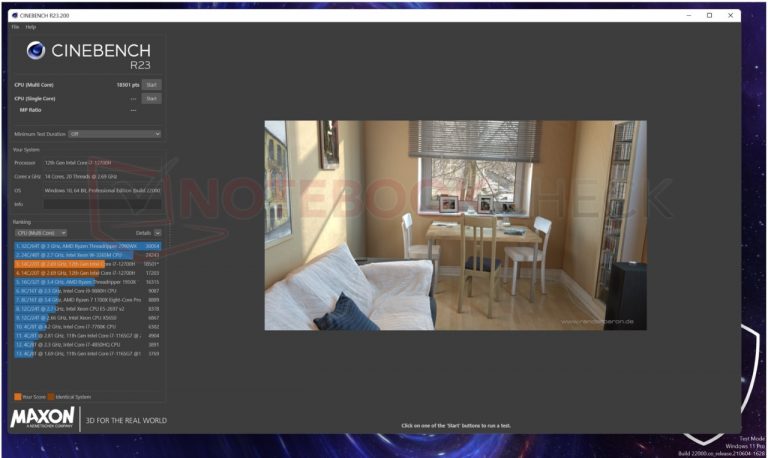 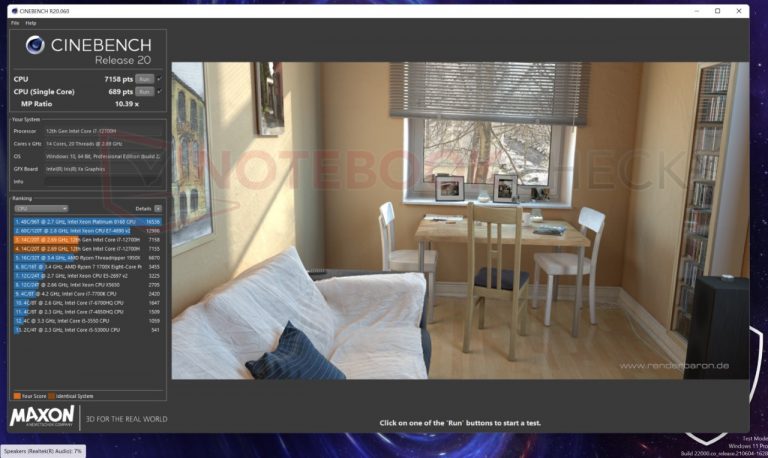 Notebookcheck alleges that the data came from closed MSI tests, in fact, they suspect that the source might even be the same as for the Core i9-12900HK leak which was posted by Wccftech earlier this month. They came to this conclusion by comparing BIOS information visible on the screenshots and by noticing that the wallpaper in their own leak features the MSI Gaming logo. In any case, it appears to be a controlled leak from MSI, possibly featuring their flagship gaming laptop called GE76 Raider.

The processor scored 689 points in single-core Cinbench R20 and 7158 points in the multi-core test. Additionally, a multi-core test featuring a new version of the software shows 18501 points. 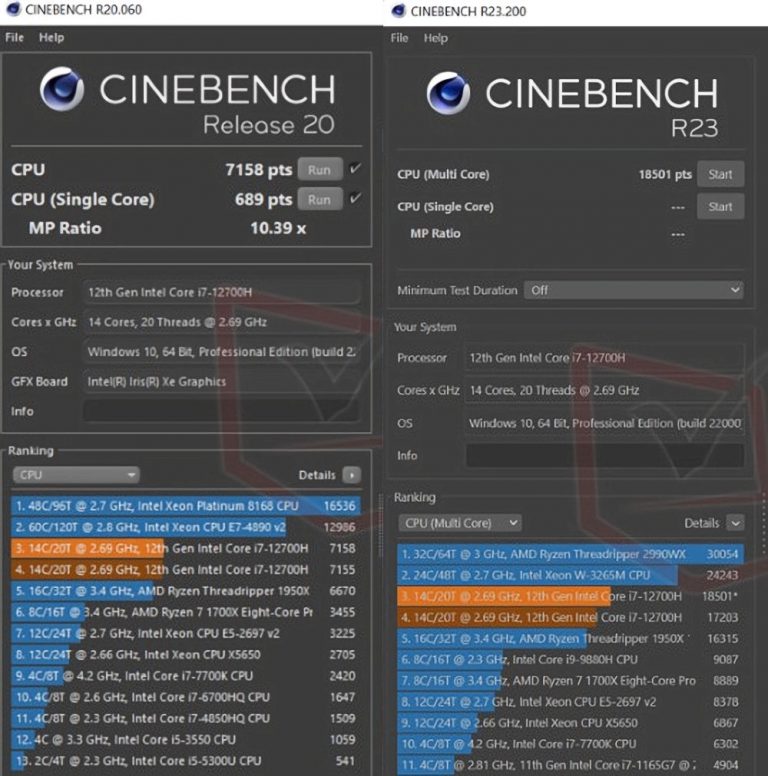 The site has conveniently provided their own test results featuring high-end Intel Tiger Lake-H and AMD Zen3 processors, which remain the top offering from both companies at this moment. It appears that Core i7-12700H would be 21% faster than Ryzen 9 5900HX in the single-core CB20 test and 47% faster respectively in both R20 and R23 multi-core tests. The AMD CPU is equipped with 8 cores and 16 threads, whereas the new Alder Lake-P CPU features 6 Performance cores and 8 Efficient cores (14 cores in total), and 20 threads as the small Atom cores do not support hyperthreading. 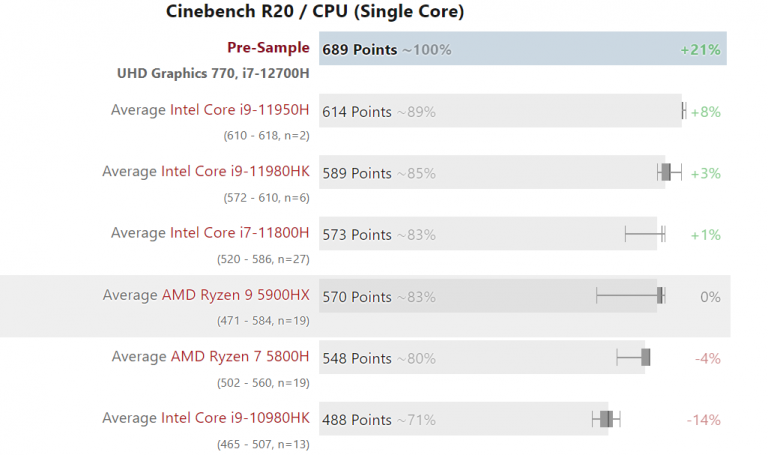 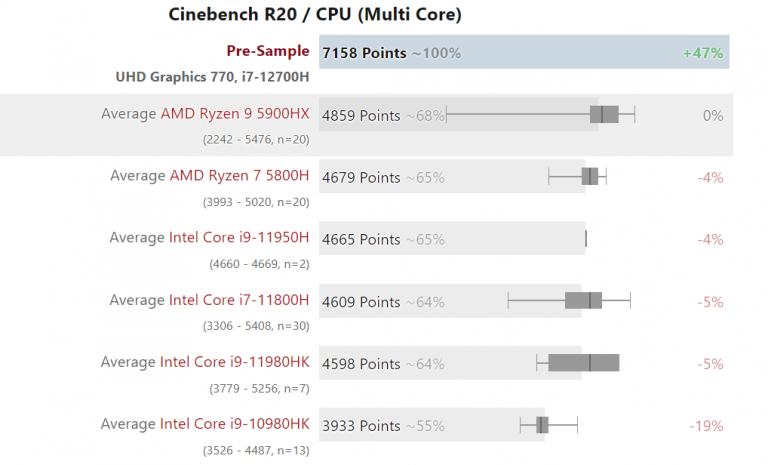 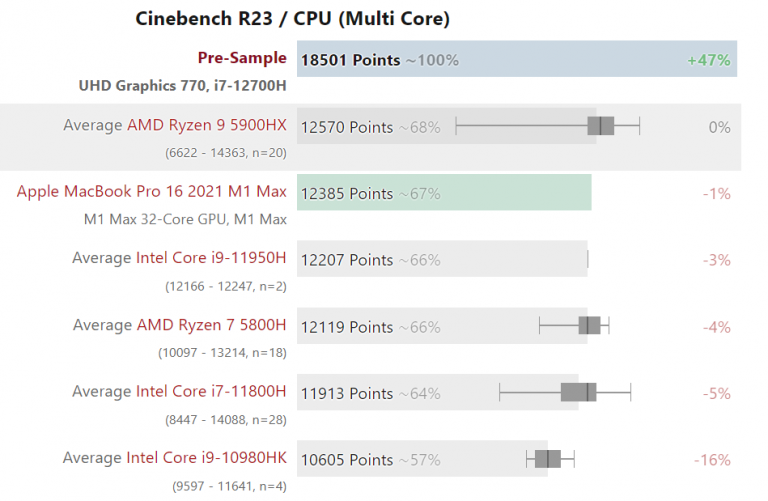 We have learned thus far about three Alder Lake-P SKUs, all of which feature the same configuration of cores. The CPUs will be offered at different price points though, as each part has a different clock speed. Intel is expected to launch its 12th Gen Core Alder Lake-P and Alder Lake-M mobile processors around CES 2022 in early January.