Since the german retailer has begun selling new 11th Gen Core CPUs, many of them have ended in hands of real enthusiasts. There are still many of them waiting for Core i9-11900K though. The Core i9 is the actual flagship which is expected to bring some additional features over the 11700K.

Although both CPUs are physically the same, there will be some changes to the integrated memory controller and the maximum frequency (Thermal Velocity Boost is exclusive to Core i9). That of course is what we know, but there might also be other changes.

Since Core i7-11700K is allegedly the same die, the photo that was posted by MoBen at Overclock.net forums would show the same die that will end up in the flagship Rocket Lake CPU. According to the quick side-by-side comparisons to Comet Lake i9-10900K, it is estimated that Rocket Lake is 260-270 mm2 in size. That’s around 28% more than 10900K.

Unfortunately for the user, this delidding process has not been a success, as the CPU has apparently died before any comparisons could have been made. 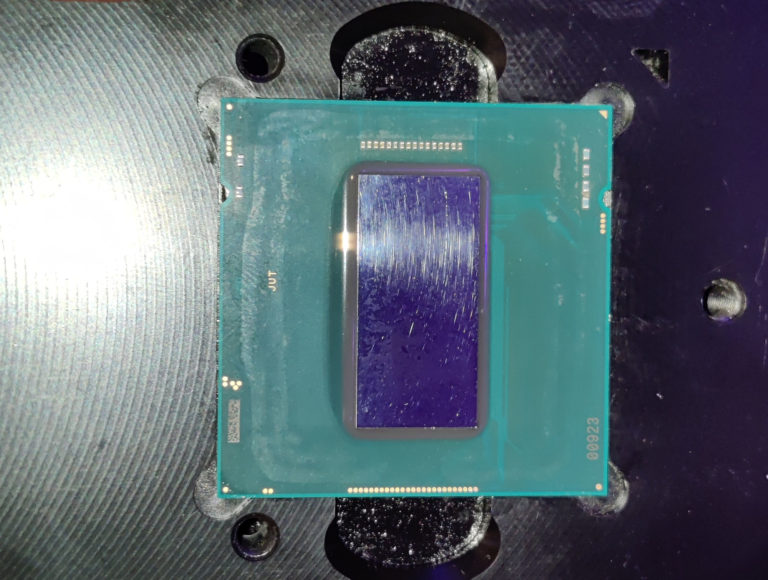