Intel Core i7-11700K review nearly a month ahead of launch

AnandTech managed to buy one of those retail Core i7-11700K processors, which was being sold by Mindfactory. 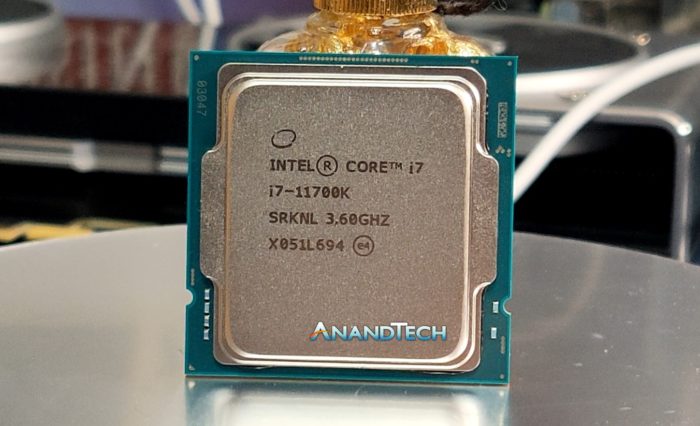 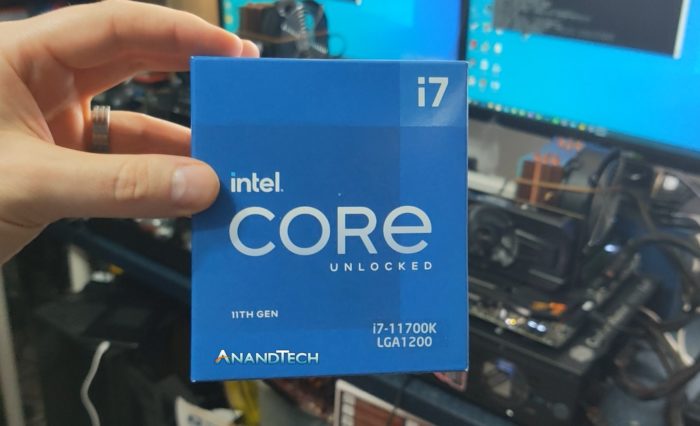 Now, this is not something we see very often. A big publication providing a comprehensive and independent review of a retail processor way ahead of the launch. Intel has not even announced the new series and has been reluctant to share details on its new desktop processor series despite numerous leaks over the past months. The manufacturer has so far only confirmed that the processor series codenamed “Rocket Lake” will launch on March 30th. This means that the sample obtained by Anandtech for review is the first comprehensively tested professor from the new series.

AnandTech does not provide full details on the platform due to the fact that some information is partially under NDA that the site has signed. Dr. Ian Cutress, the author of the review, claims that only information that has already been shared by Intel and whatever could be deducted from testing has been mentioned in the review. Earlier rumors have suggested that Intel is still in a process of polishing the microcode and that’s the reason why launch reviews are also planned for March 30th. This BIOS update may have an impact on performance figures scrupulously collected by AnandTech. Whether that’s the case, we will see in a month’s time when their launch review goes live.

As usual, we will only be sharing some data and we encourage our readers to check the full review for more information. In this article, we will be focusing on gaming performance and power consumption because it is the first time we are seeing professionally collected data on a retail sample of Core i7-11700K.

CPU-bound gaming tests require the resolution to be lowered to minimum and quality settings set to the lowest. This is how the smallest difference can be spotted. The test system features a GeForce RTX 2080 Ti graphic card, so the framerate is not expected to be low. It may be important to note that Core i7-11700K and Ryzen 9 5800X were both tested using DDR4-3200 memory, but the i7-10700K and Core i9-9900KS were tested with DDR4-2933 and DDR4-2666 memory respectively. These are the fastest supported frequencies by architecture.

In gaming test Rocket Lake-S CPU show rather disappointing results, which is surprising considering the 19% IPC increase claim by Intel over Comet Lake. AnandTech has provided a possible explanation as to why Rocket Lake-S might be this slow in gaming. Apparently, Intel Core i7-11700K suffers from increased L3 cache latency. From 43 cycles on Comet Lake-S to 51 cycles on Rocket Lake. AnandTech notes that this is likely the cause for increased core-to-core latency at 28-30 nanoseconds, as opposed to 18-24 on Comet Lake. Intel is yet to provide an answer as to why has the L3 structure changed, or maybe they already have, but AnandTech cannot break the embargo on this particular matter. 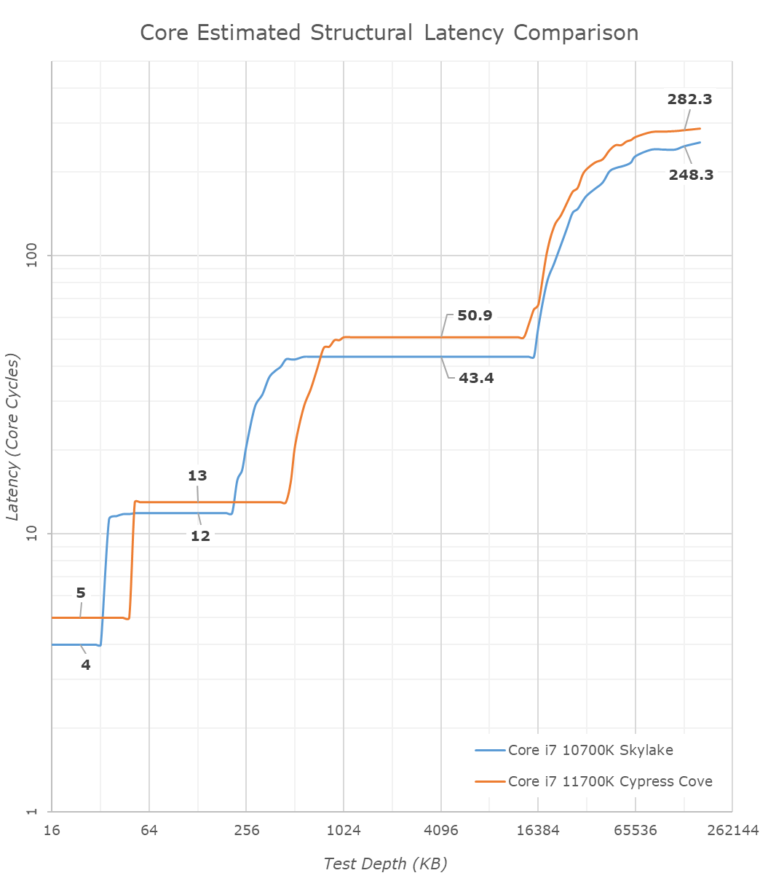 Another interesting topic that has been covered in the review is peak power consumption. The CPU has a default TDP of 125W but has easily reached 225W during AVX2 workloads. In general workload, the CPU has reached 60C with 130-155W.

What did come as a surprise is that it peaked at 292W during the AVX-512 workload. As said in the review, the CPU was automatically set to 4.6 GHz and still reached 104C. The reviewer is using Noctua air coolers specified for this TDP. 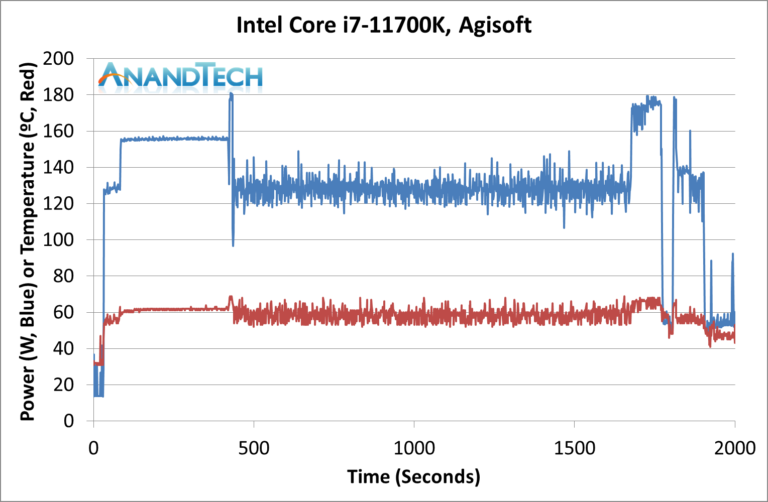 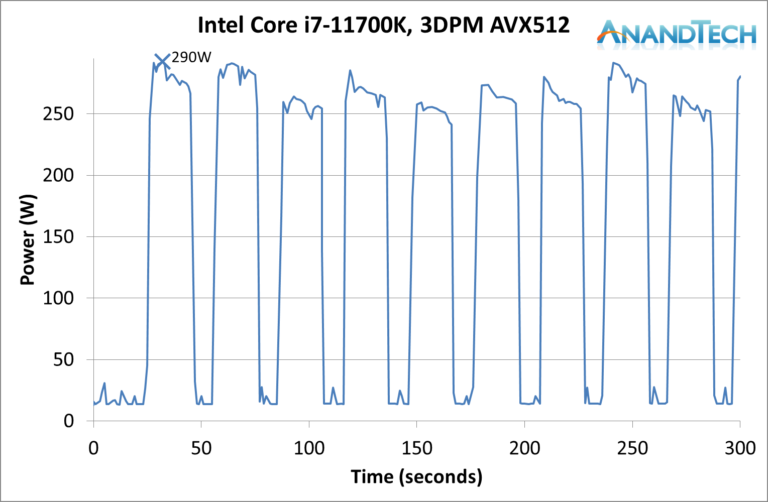