It appears that a retail version of the Core i7-11700K might have just made a debut on Geekbench.

The new 11th Gen Core processor has been spotted in the Geekbench database with clock speeds reaching 5.0 GHz. This processor is based on Intel’s new Cypress Cove core design, expected to bring a double-digit IPC gain over the last Skylake-based series. The leaked score of 1807 points in a single-core benchmark appears to confirm this. The processor also scored 10673 points in the multi-threaded benchmark. 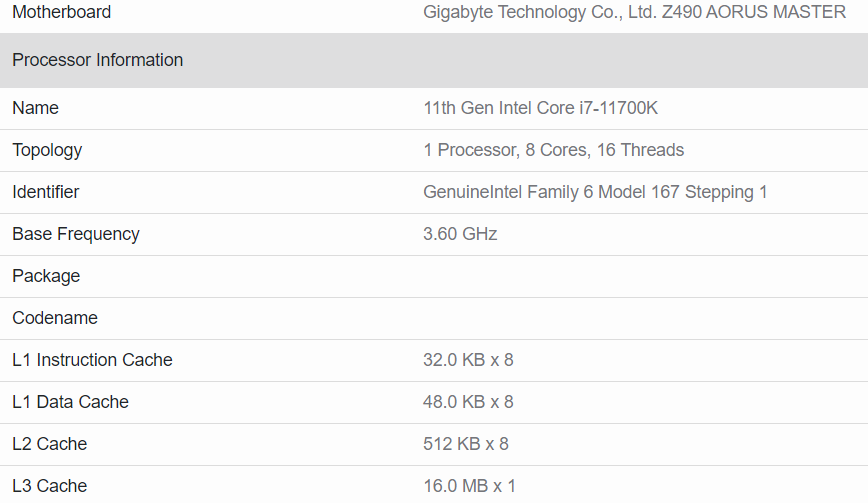