It is not a secret that Tiger Lake-H35 and Tiger Lake-UP3 series share the same silicon, but they have different power targets. It appears that Intel will soon be adding yet another 35W model to its already extensive lineup.

Intel Core i7-1195G7 is the latest addition to the Tiger Lake-UP3 series. This CPU is the first low-power variant to reach 5 GHz in maximum turbo state. The same achievement applies to Core i7-11370H which belongs to the higher-powered Tiger Lake-H35 series, a new portal gaming segment created for quad-core CPUs.

A new leak had just appeared on Geekbench featuring this mysterious i7-11390H CPU, which just happens to be from the same company currently evaluating Clevo NV4MJ/MK/MH series laptop. Nearly an identical entry was spotted just ahead of Computex featuring i7-1195G7 SKU. 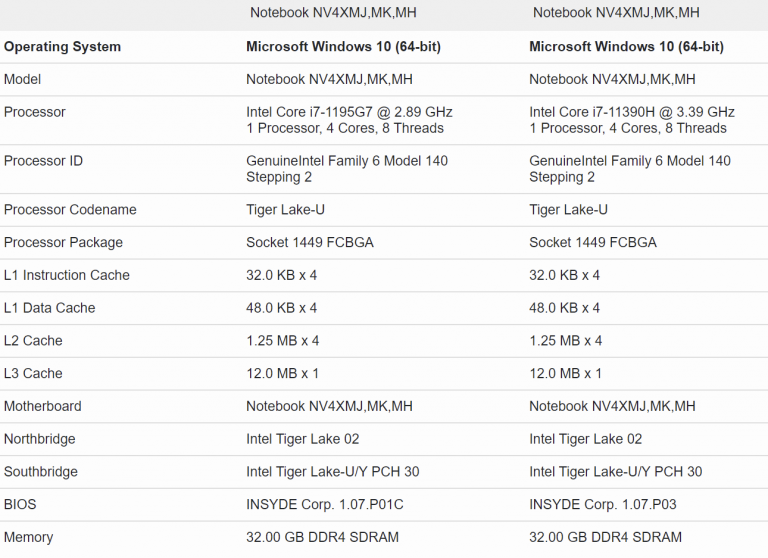 The list of main Tiger Lake processors has grown to more than 30. The company also offers GR7, GE subvariants as well as SKUs with IPU support. In total there are officially 45 Tiger Lake CPUs, but this does not account for the H35 Refresh as well as desktop KB series for Beast Canyon NUCs.