There were no official announcements, but Intel has added two SKUs to the Comet Lake-H lineup. A fourth 8-core high-end processor has been launched according to Intel’s own website.

Interestingly, the processor was allegedly launched due to supply issues of the higher-end model, the Core i7-10875H. This processor is very popular among high-end gaming notebooks. After all, this is the fastest Core i7 processor in the lineup.

Compared to the 10875H, the 10870H offers a 100 MHz lower base clock. This does not sound like a huge difference, but it might be something worth considering as many enthusiasts are often encouraged to disable Intel Turbo. This is due to the fact that turbo does not provide significant performance improvement, but it comes at the cost of much higher temperatures.

On Reddit, the Schenker XMG team today announced the upcoming supply issues of the higher-end CPU model (10870H). It’s worth noting that XMG laptops (Neo 15/17) should not see supply issue for the next 2-3 months:

[…] there is a CPU supply bottleneck on i7-10875H on the horizon. This situation is similar to the Desktop space where the Intel Core i9-10900K is out-of-stock everywhere and is being replaced in most sales channels by the new Intel Core i9-10850K which has almost the same performance (same cores, threads, cache etc.) but 0.1GHz lower clock rating. […]

Meanwhile, we seem to have secured enough CPU supply so we can continue to deliver i7-10875H in XMG NEO for the next 2~3 months. Not sure yet what happens after this, we’ll see.

Additionally, Intel also launched a new quad-core CPU, which is the slowest processor in the ‘H mobile Series’ – the Core i5-10200H. This CPU has a 100 MHz lower base clock than 10300H and a 400 MHz lower turbo clock.

Intel comparison page for the all Core 109xx and 108xx processors: 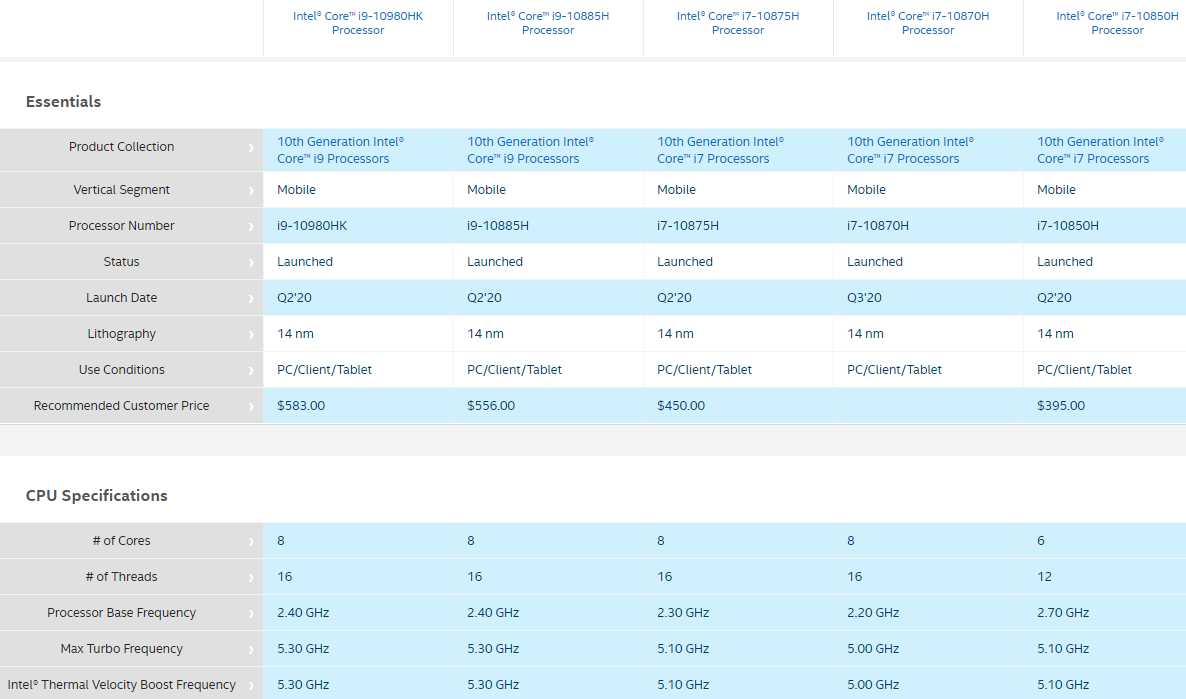 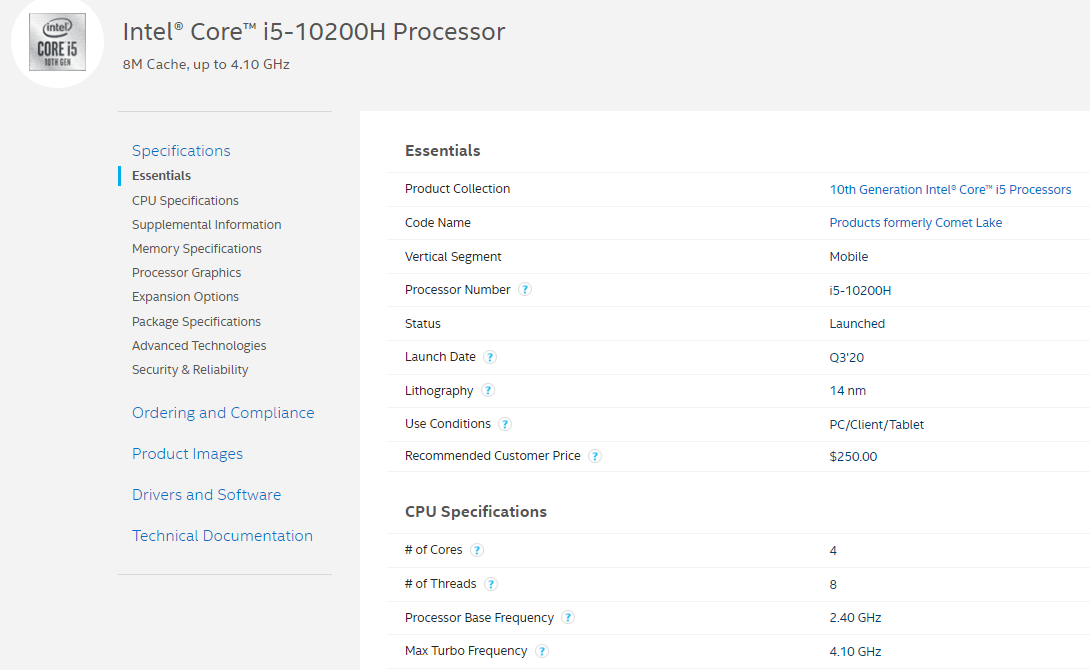 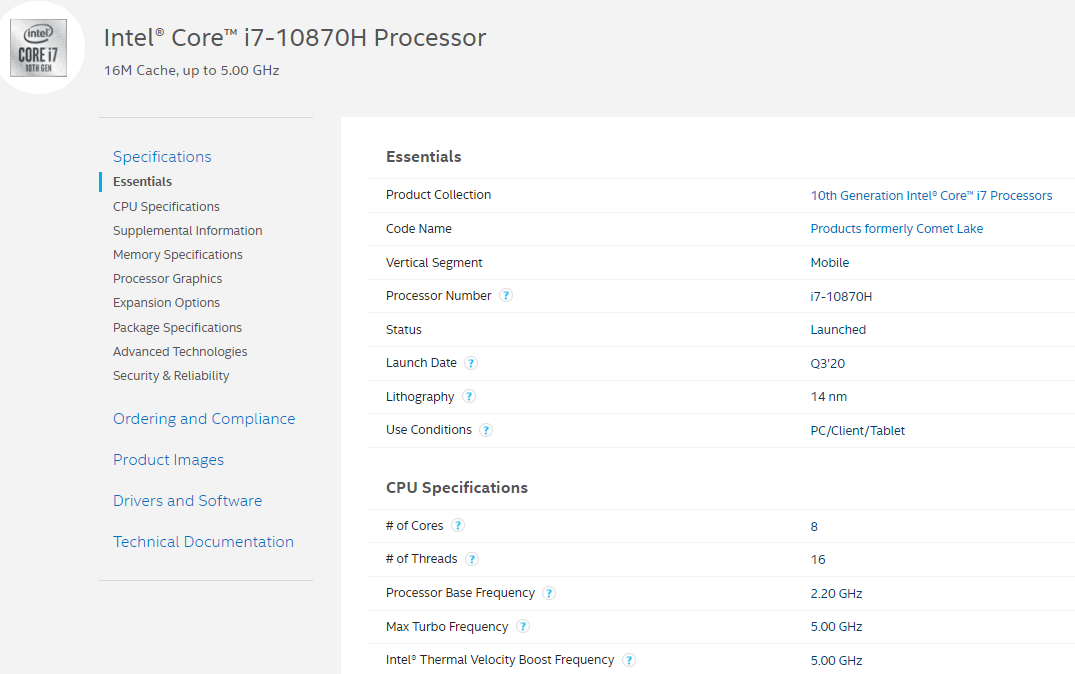