Notebookcheck has the first preview of a Samsung Galaxy Book S featuring the Intel Lakefield processor.

Two weeks ago Intel introduced Lakefield processors, ultra-low power System on a Chips featuring a total of 5 cores and up to 64 Executions Units. The Core i5 model tested by Notebookcheck is a higher-end model featuring higher clock speeds and more graphics power.

Lakefield SoC is built with Intel Hybrid Technology featuring Foveros 3D packing technology. It is a futuristic technology allowing manufacturers to stack multiple logic dies and memory dies on each other. This saves spaces and lowers the latency between the dies, which should really bring benefit to a small form factor and ultra-low power devices. Lakefield has two logic dies and two layers of DRAM in a 12x12x1mm package.

Notebookcheck claims that the single-threaded performance of Lakefield is around 67% slower than Amber Lake, contrary to Intel’s official information. This is mainly due to limited maximum clock speed oscillating around 2.4 GHz. The editor says that he couldn’t observe advertised 3.0 GHz boost clock during his tests. This might, however, be a ‘feature’ of this particular device levering Lakefield architecture.

Intel Lakefield should show its true potential in batter comparison tests, however, the (pre)reviewer did not have time to test battery efficiency yet. 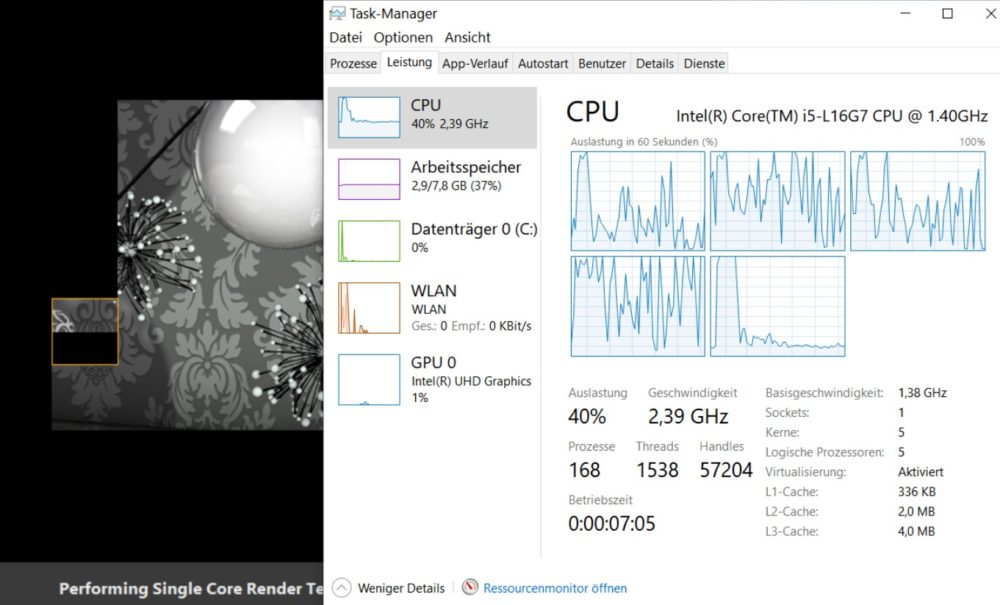 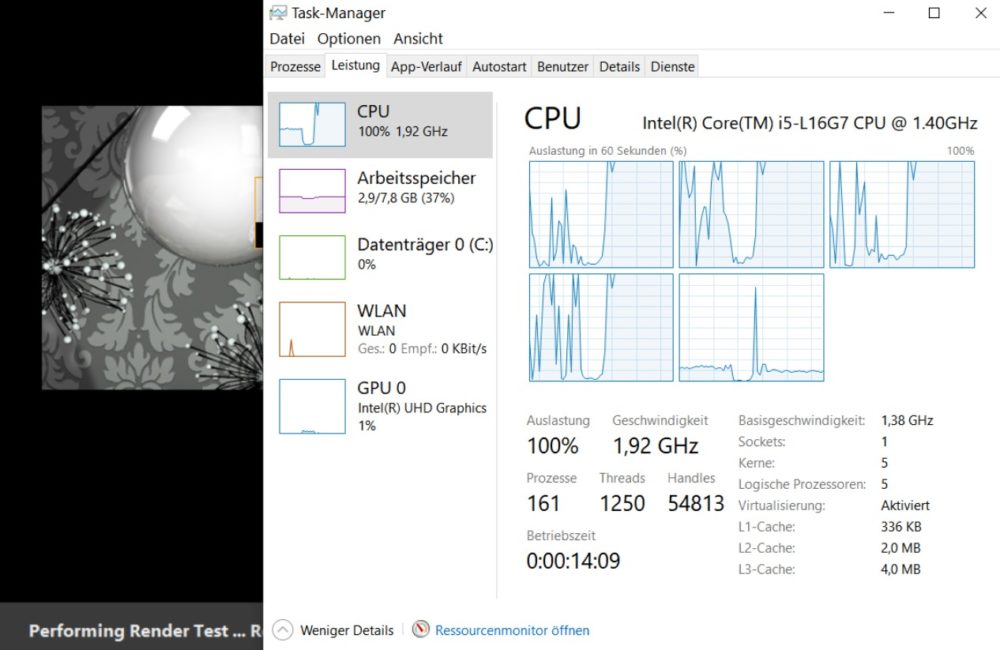 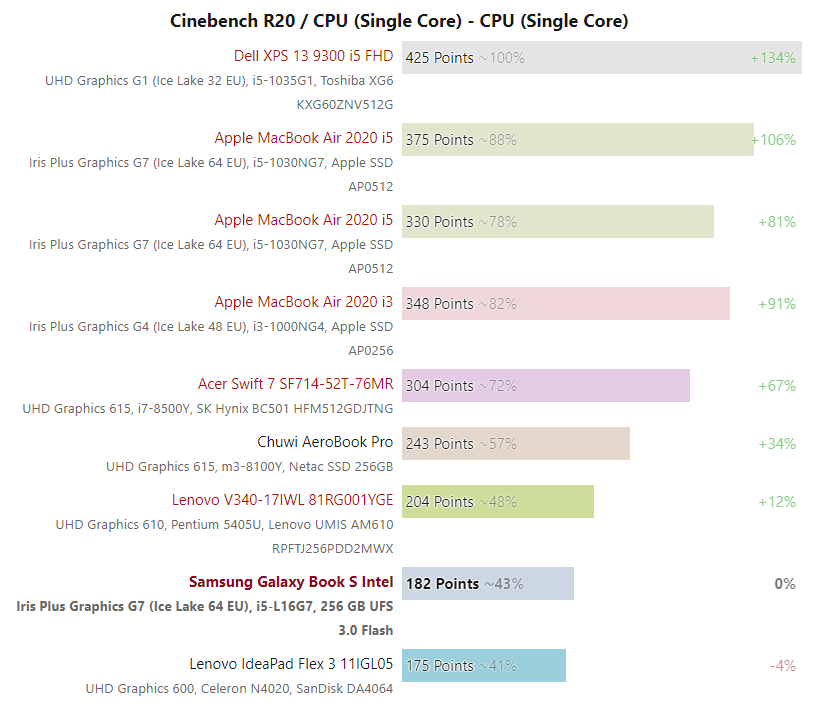 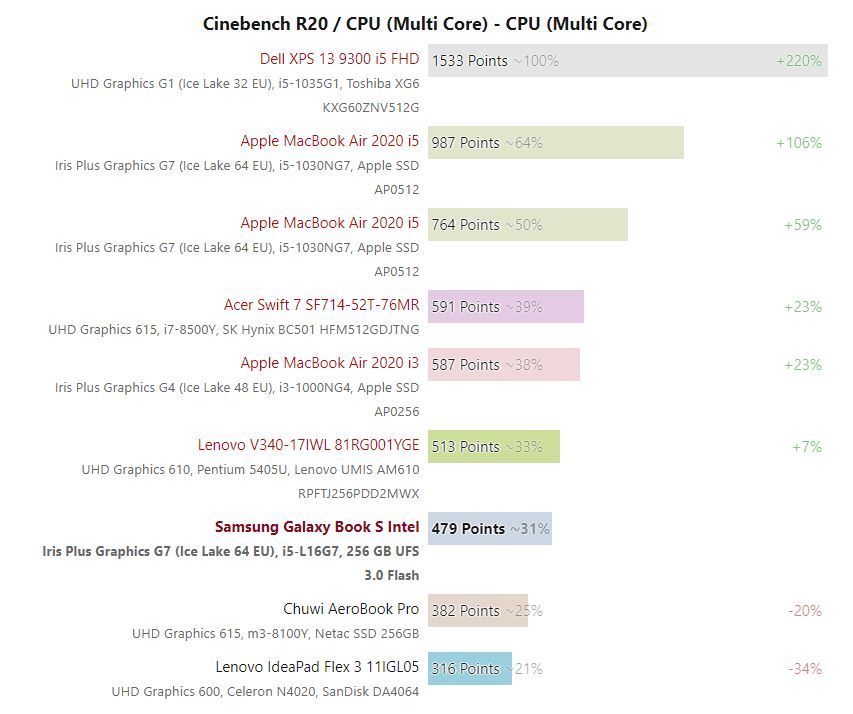 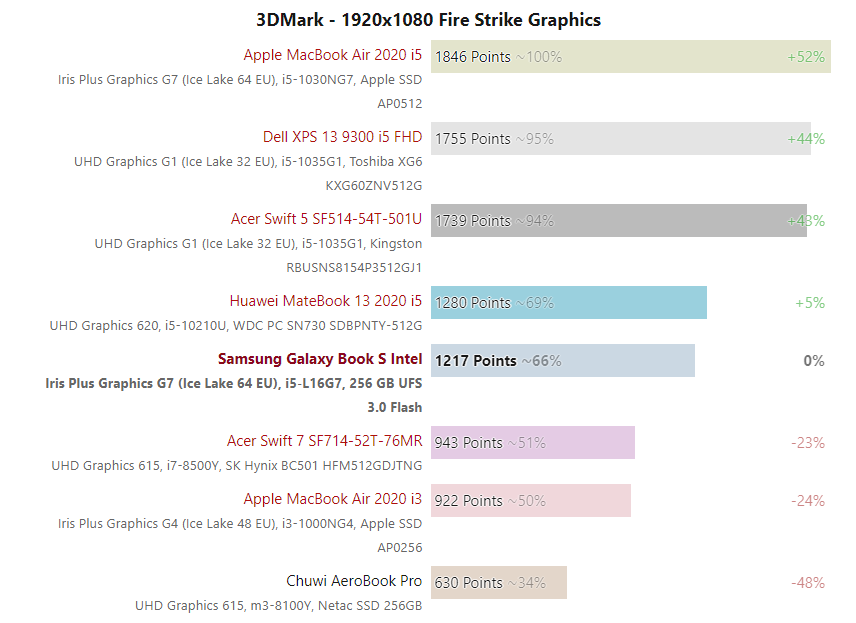 The i5-L16G7 is around 23% faster than Amber Lake-based Acer Swift 7, according to the 3DMark FireStrike test.