Enthusiastic Citizen (ECSM) obtained a sample of Intel’s Core i5-13600K pre-production sample. This particular version is reportedly ES3 (Engineering Sample 3), which has been simulated to operate at the same frequency as QS (Qualification Sample). Unfortunately there is no picture of the processor itself.

The processor has been tested with custom clock configuration to better reflect QS sample specifications. The ES3’s Performance cores reportedly runs at 5.1/4.9 GHz while Efficient cores are set 3.9 GHz. The QS puts those frequencies a bit higher. ECSM tested the processor with all Performance cores set to 5.1 GHz and Efficient clocks set to 4.0 GHz.

Here’s a reminder that i5-13600K reportedly features 6 Performance Cores and 8 Efficient. This means that there are 14 cores in total and 20 thread, an upgrade over Alder Lake i5-12600K offering 10 cores and 16 threads.

It is important to note that 12600K has boost power limit (PL2) set to 150W, whereas 13600K has this level increased (some rumors suggest it’s 228W). In actual tests, the CPU reached a maximum CPU package power of 176W, but the leaker believes the final production unit may be optimized for 160W. The CPU voltage was reportedly 1.31V. 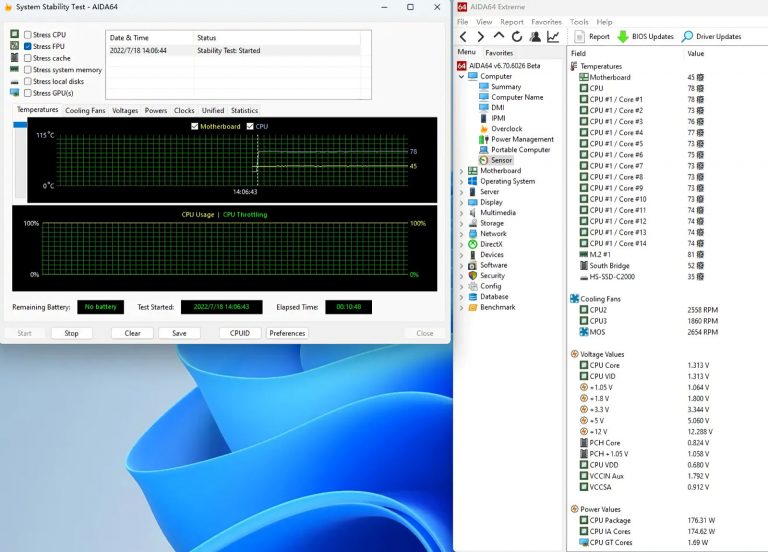 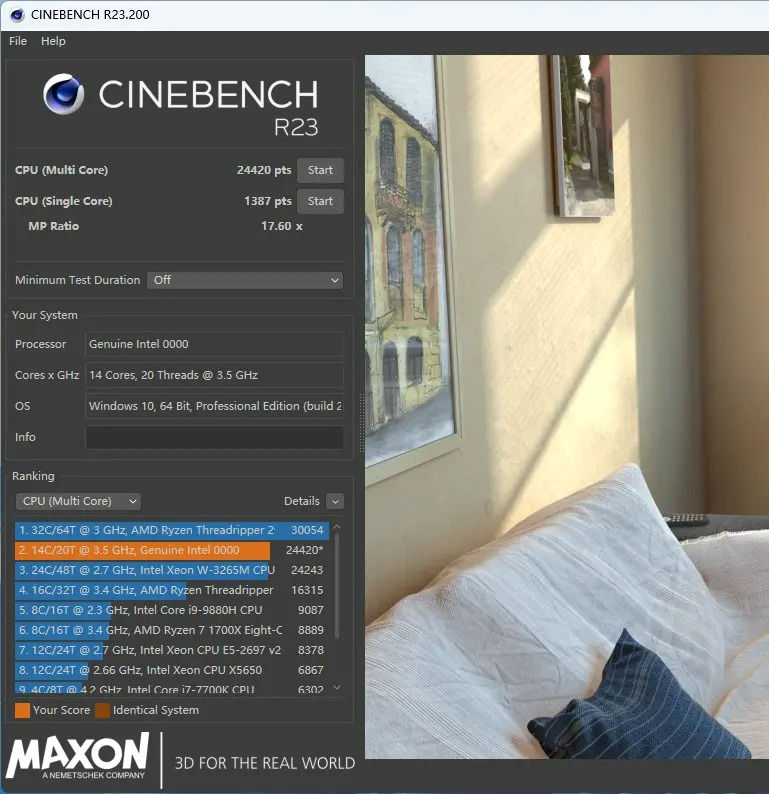 In Cinebnech R23 i5-13600K captures 1387 points in single-core test and 24420 in multi-core. That’s an improvement of 40% for multicore and … a downgrade of 26% for single-core test. The discrepancy between both benchmarks is not explained.