ExtremePlayer brings a gaming review of Intel Core i7 and i5 CPUs from upcoming 13th Gen Core series.

This is not the first test of Raptor Lake from ExtremePlayer and definitely not the last. The reviewer already published test results featuring as many as three different Raptor Lake engineering samples: Core i9-13900K and Core i5-13600K/i7-13700K. This time he is testing the i7 and i5 CPUs in gaming.

Same as before, the reviewer is using two motherboards: ASRock Z690 Steel Legend in DDR5 and DDR4 variants. These platforms were equipped with DDR5-6400 and DDR4-3600 memory respectively. Furthermore, he is comparing Intel 13th Gen Core CPUs to their predecessors from Alder Lake series: i7-12700KF and i5-12600K. In terms of GPU, MSI RTX 3090 Ti GAMING X TRIO is used.

Since ExtremePlayer’s charts are very detailed, @harukaze5719 came up with his own charts, which in our opinion are much more readable. Here one can immediately see that new Raptor Lake CPUs are faster at every resolution, especially FHD and QHD, which are favored for CPU-bound tests. 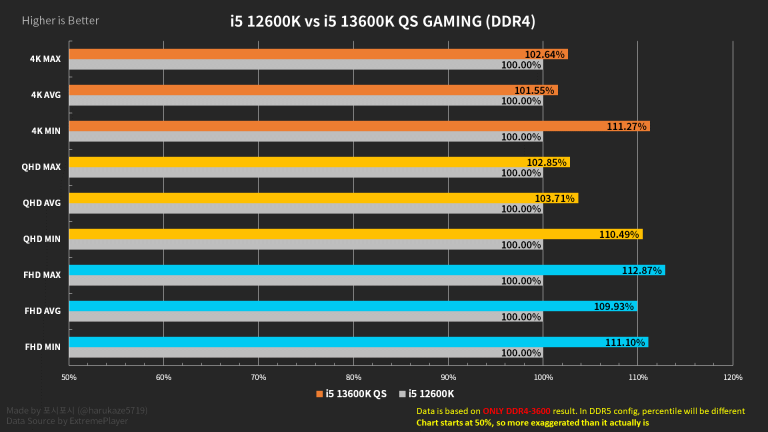 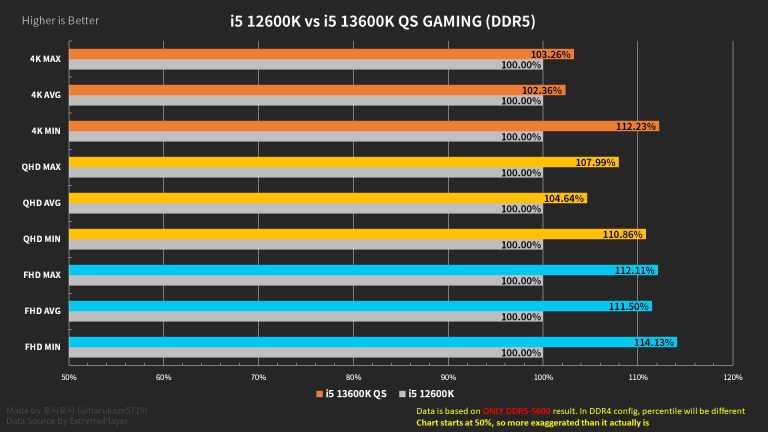 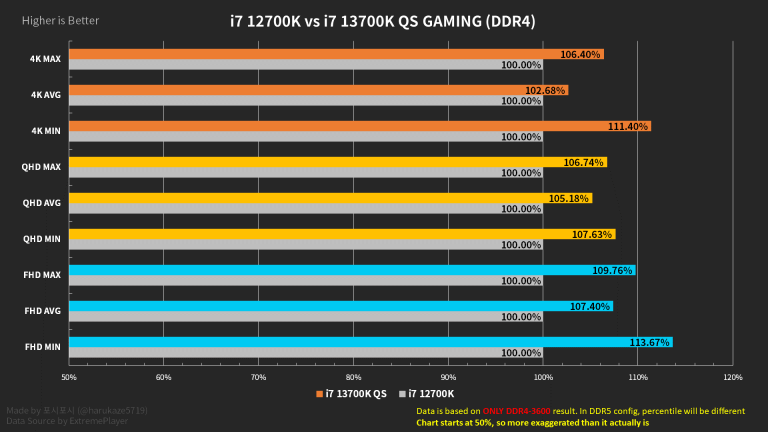 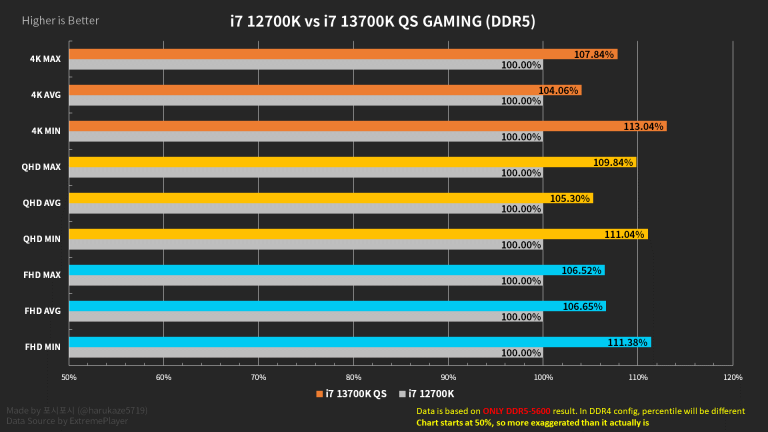 While average framerate has only increased by 7 to 12% at FHD resolution, the minimum framerates certainly did improve for all resolution. This is a 11% to 14% improvement for FHD. The same improvement for minimum FPS was observed in 13900K test from the same reviewer.

You can find more data by watching the video embedded below or by checking the original summary charts prepared by ExtremePlayer himself. 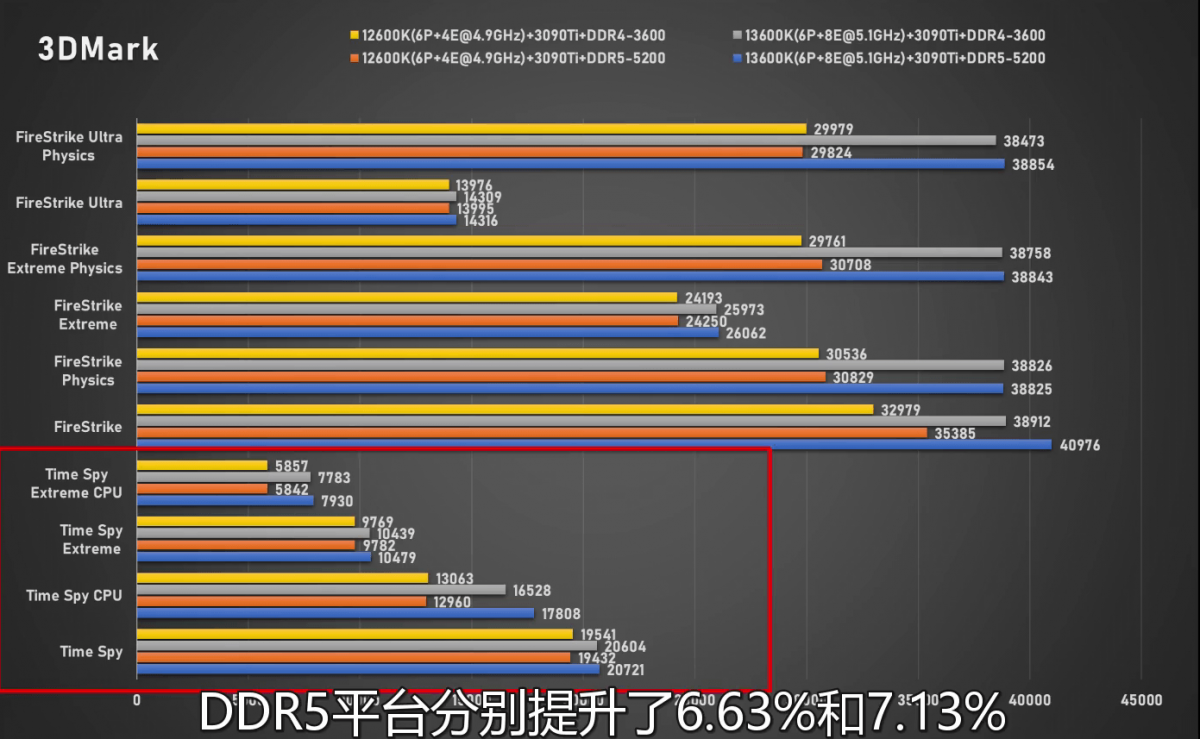 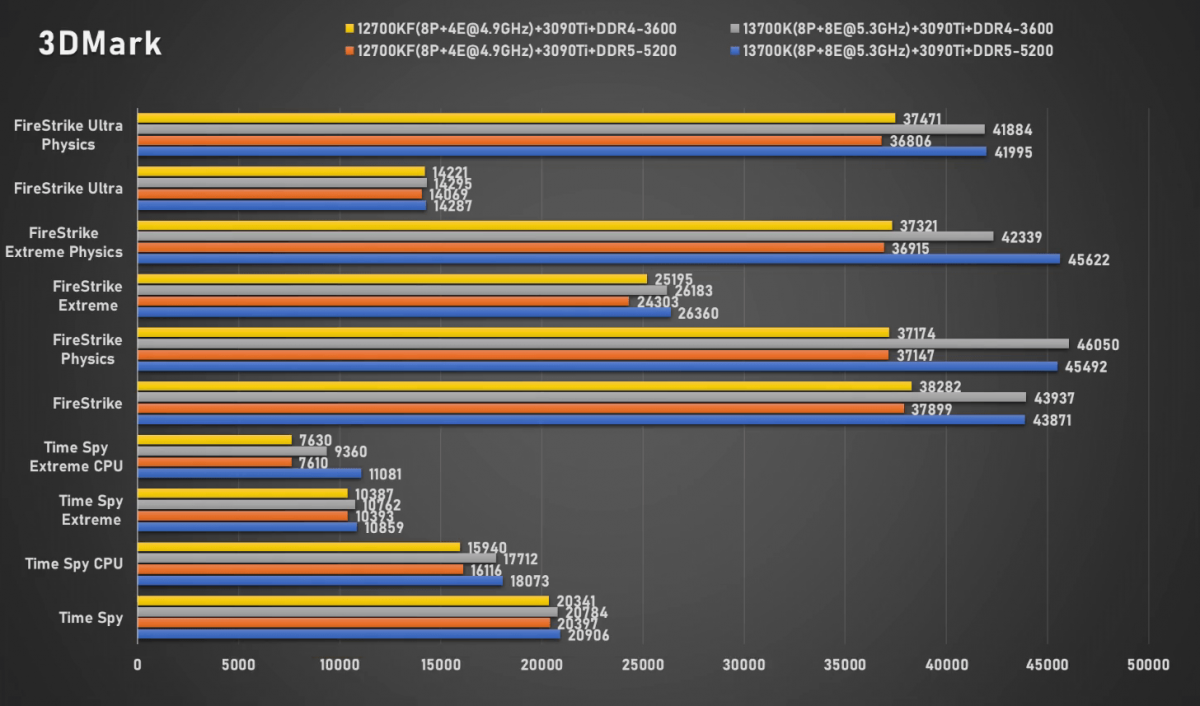