There are two scores, one featuring ASUS motherboard with DDR5 memory and the other with ASRock and DDR4. Interestingly, ASUS motherboard model appears to match the one featured in 13900K Geekbench leak almost 2 weeks ago (ASUS ROG Z690 Extreme). However, it should be noted that the score was invalid and as a result Geekbench developers took it down. On the other hand, both 13600K scores are valid per Geekbench listing, which means they are likely to be more accurate. 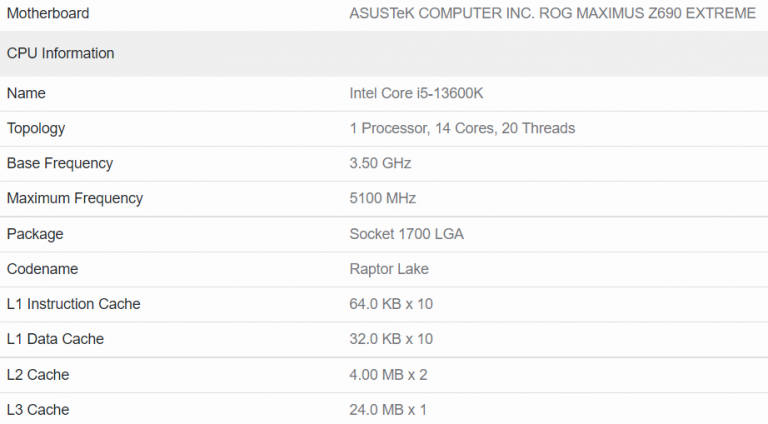 The i5-13600K is a 14-core CPU with 20 threads. For this configuration to work only 6 Performance cores are enabled and one cluster of 8 Efficient cores is available. It is too early to tell, but this might be a different silicon than 8P+16E variant that 13900K uses.

According to the data collected by the software, the CPU were running at either 4.3 to 5.09 GHz (ASRock) or 5.05 to 5.1 GHz (ASUS). This probably means that the latter score is an overclocked setup.