Just months after Intel officially launched its Alder Lake HX-series, a hybrid between desktop and mobile CPUs for high-end gaming and workstations, there is already a successor being tested.

According to the test result posted on BAPCo CrossMark website, there is a 14-core and 20-thread Core i5-13600HX sample now under evaulation. The platform is detected as desktop, although the HX series are basically desktop silicon on a mobile package. With the current 12th Gen Core series, Intel was able to launch a 16-core CPU for the first time by using full 8P+8E silicon. These series were introduced in May this year.

A configuration of 14 cores and 20 threads suggests Intel will be adding 2 Performance cores to the i5-1×600HX tier. However, the exact specs such as clock speeds or TDP limit are not yet confirmed. It is very likely though that Intel will continue using default 55W TDP for the series, ensuring that laptop makers who already have Alder Lake-HX systems can make a smooth transition. 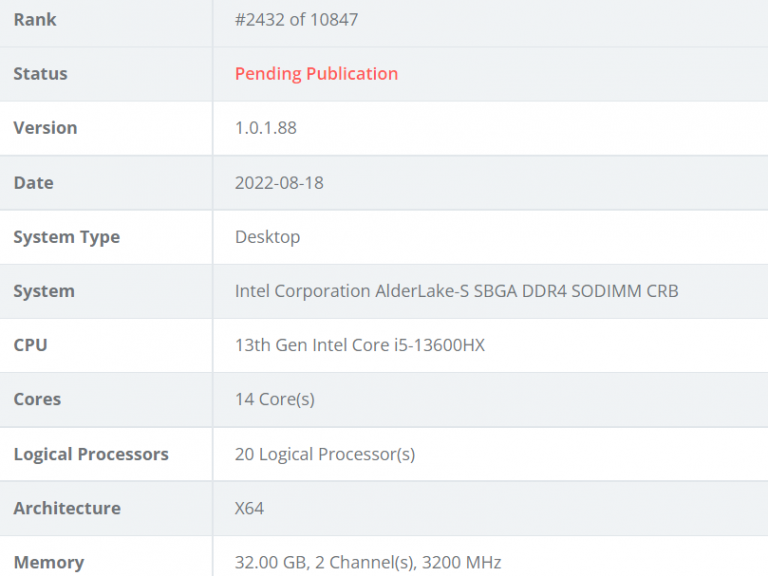 In terms of performance, the i5-13600H is actually slower than Core i7-12700H featuring the same core configuration and running alongside similar spec’ed 32GB of DDR4-3200 memory. With higher default TDP, performance should almost certainly be better in this case. 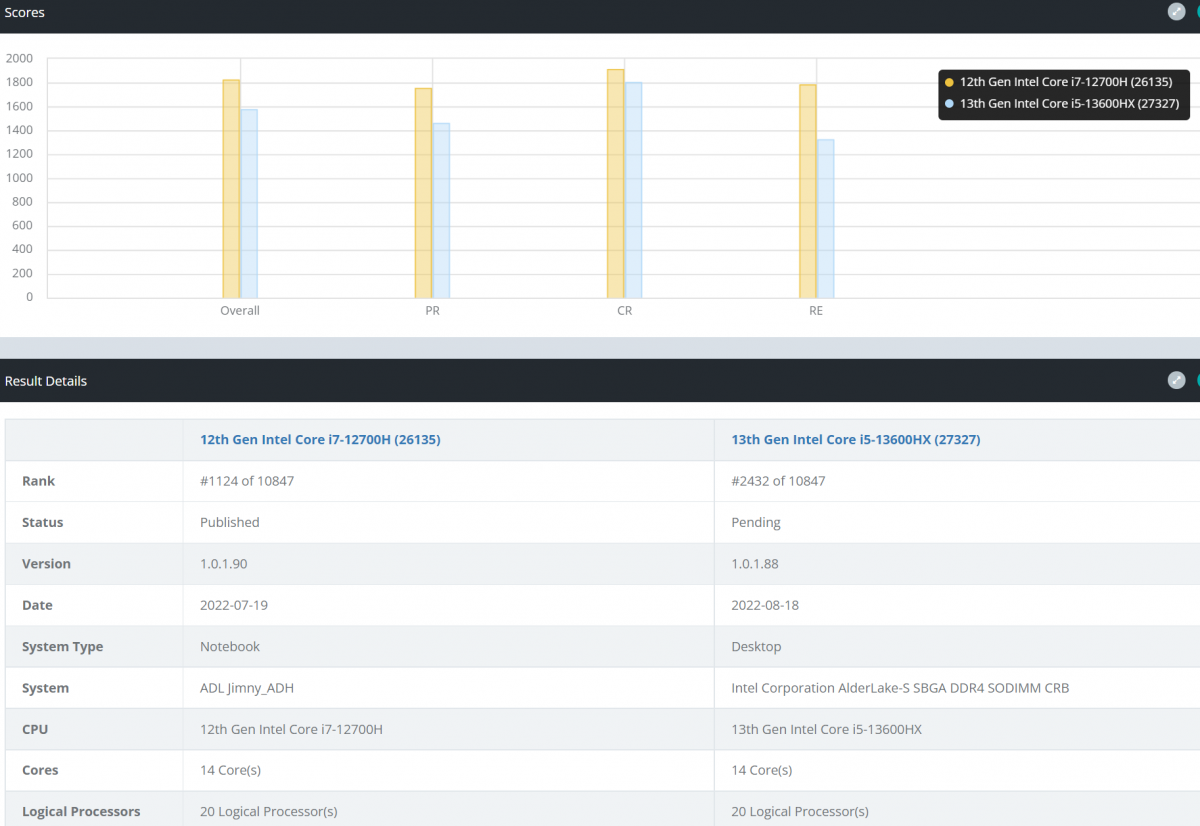 It is still a bit surprising to see 13th Gen Core HX series this soon, literally 4 months soon-to-be predecessor. Likewise, It is unclear if this 13600K uses the Raptor Lake-P silicon with up to 6 Performance cores or rather the full desktop variant with 8.