A video review of Intel’s unreleased Core i5-13500 processor has been shared over at Bilibili, as spotted by Hardware Nexus. 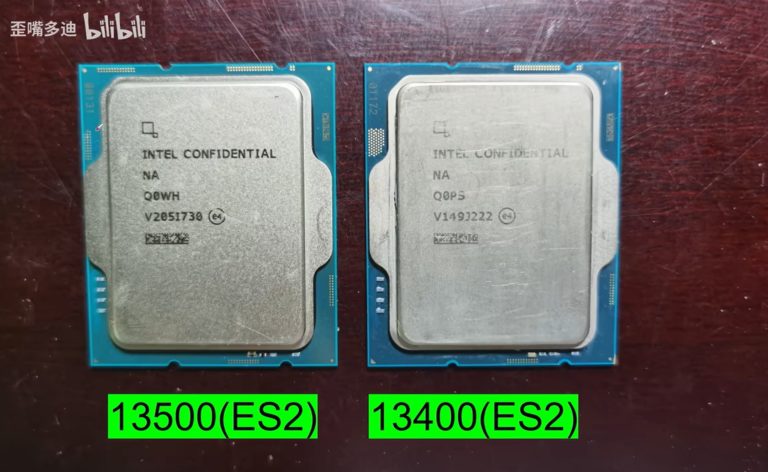 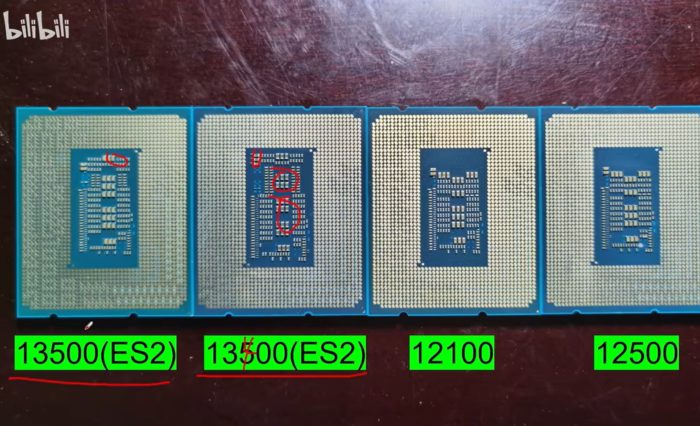 This short review focuses on the performance and thermal/power characteristics of the “Q8WH” engineering sample of Core i5-13500 processor. Importantly, this is not a production or qualification sample, but an older version called ES2. This means that there might be some changes compared to the final product.

The i5-13500 is a 14-core processor based on older Alder Lake C0 silicon. More importantly, this CPU is part of the non-K series which have reduced default TDP to 65W. This SKU has 6 Performance cores and 8 Efficient cores, which give a total thread count of 20. According to the available information, this CPU has a boost clock of 4.8 GHz, which has been confirmed by the early review.

Intel’s 13th Gen Core CPU has significantly better multi-core performance than its predecessor. But this shouldn’t come as a surprise since the new SKU has 8 additional Efficient cores, while the older 12500 model had none.

In other words, the thread count has increased from 12 to 20, which is more or less the 60%+ boost we are seeing in these benchmarks. In comparison to Core i5-13400 SKU, the i5-13500 has 4 Efficient cores more, which provides around 25% higher CPU-Z performance. 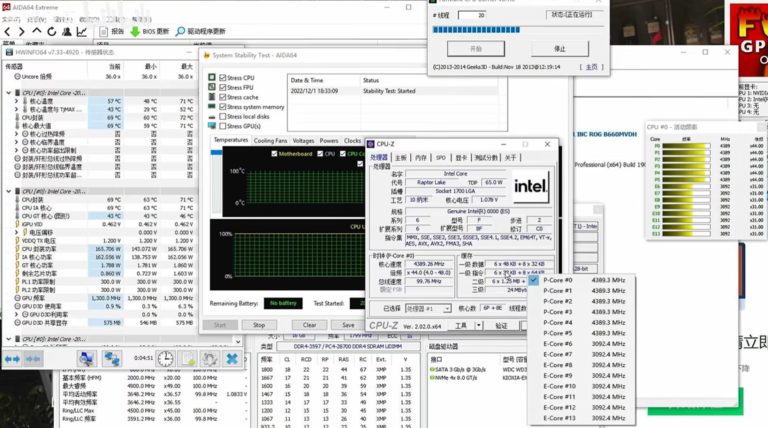 Tests were also concluded for single-core and multi-core configuration with CPU stress testing tools, such as CPU Burner or AIDA64 FPU. The i5-13500 boosted up to 4.8 GHz with only 1 core enabled and up to 4.4 GHz with all Performance cores and 3.2 GHz with Efficient cores.  Importantly, those results were achieved on ES2 sample, so the final performance and clock speeds may differ. The CPU package power has reached as high as 165W.

Intel is set to announce 13th Gen Core non-K CPUs at CES 2023 early next year. This introduction should be quickly followed by product availability along with Intel’s new B760 motherboard series. However, it is not required to upgrade to the latest chipset, as even this test was performed on an existing ASUS B660 motherboard.