The only Core i5 SKU planned for November 4th Alder Lake launch is slowly becoming the most interesting highlight of the new series.

The Core i5-12600K is a hybrid CPU based on Intel 7 process node (previously referred to as 10nm Enhanced SuperFin) equipped with 6 Golden Cove (Performance/Big) cores and 4 Gracemont (Efficient/Atom/Small) cores, which gives a total core count of 10 cores. Since only the big cores support hyperthreading, Core i5-12600K is to offer 16 threads (6*2+4). 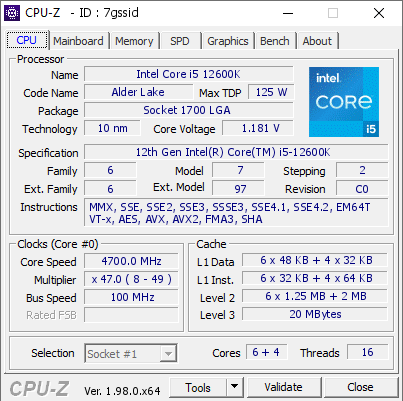 According to the rumors, the CPU is to feature 2.8 and 3.7 GHz base clocks and up to 3.6 and 4.9 GHz boost with up to 1-2 Efficient and Performance cores respectively. The primary frequency reported by CPU-Z software is from the Performance cores, which appear to be between 4.5 GHz to 4.7 GHz.

The processor has indeed reached 4.9 GHz on a single-core in one of the validations, which happens to be using CPU-Z 1.98 software. This version was released just today featuring enhanced Alder Lake support:

It might be important to note that all three validations were using a different memory kit (OLOy, Corsair, and TeamGroup) and all of them were running at 4.8 GT/s. 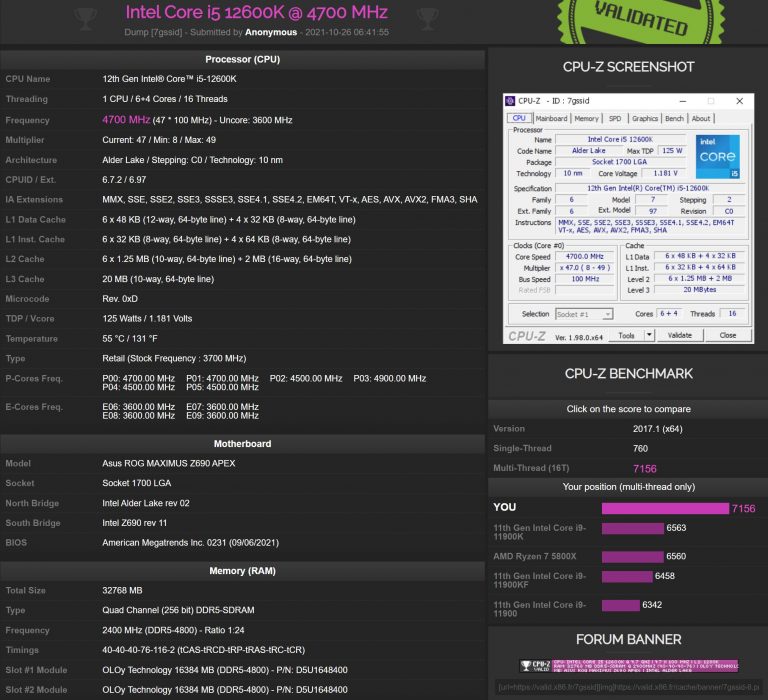 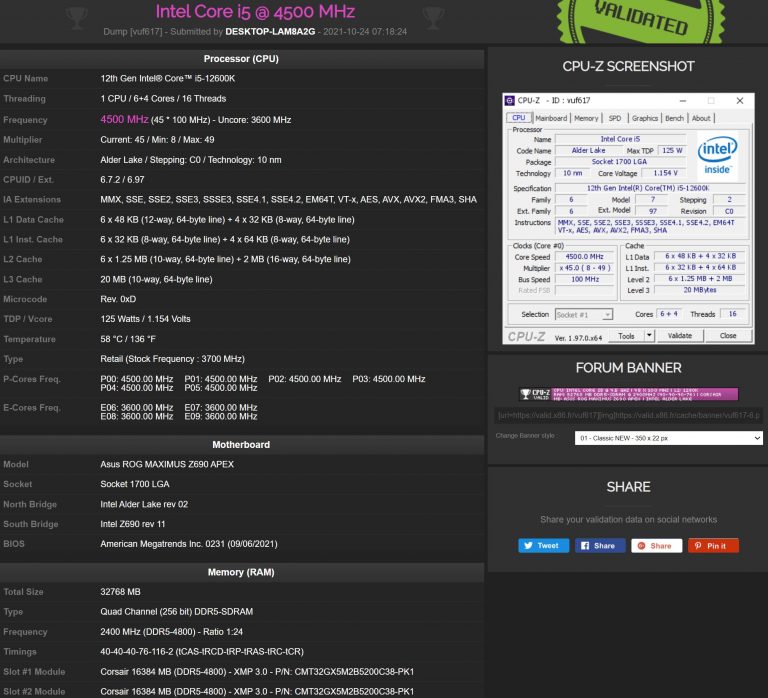 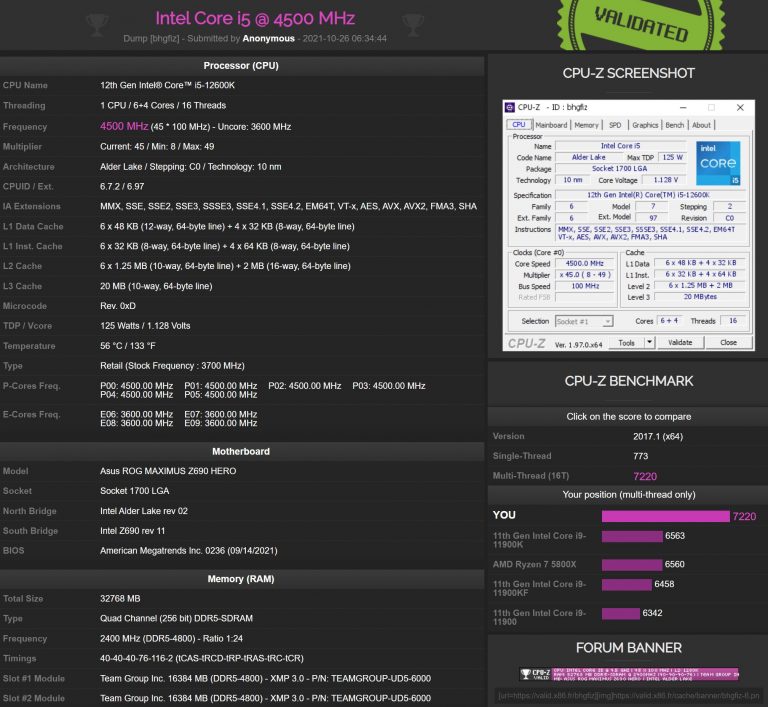 The processor scored 760 to 773 points in the single-thread test and 7156 to 7220 points in the multi-thread workload. Such results outperform high-end SKUs such as Core i9-11900K or Ryzen 7 5800X. That said, Intel Alder Lake appears to be a true generation leap over Rocket Lake, and should the pricing remain similar to the previous generation (11600K MSRP was 262 USD), it will also be a major core increase per dollar.

Intel is set to debut its 12th Gen Core series on November 4th with as many as six SKU. The leaks have not yet provided a clear answer whether Alder Lake will see an increase in pricing or whether Intel will try to undercut Ryzen 5000 series by offering more cores for the price, something that Intel has not done since the first Ryzen series was released.