The performance of the upcoming Core i5 CPU based on Alder Lake silicon has been revealed by two leakers.

The results of the upcoming Core i5-12600K processor featuring 6 Performance and 4 Efficient cores have been revealed @9550pro and @TUM_APISAK who posted screenshots from the CPU-Z test of the processor. According to the data posted by @9550pro, at stock, the CPU scores 746 points in the single-threaded test and 7058 points in the multi-threaded. The result posted by @TUM_APISAK, supposedly showing overclocked performance, increases the numbers to 79X points and 72XX points respectively. Unfortunately, neither of the two leakers confirm the clock speeds and the settings used for the test. Furthermore, the OC score was supposedly taken using Windows 10 while the stock score is from Windows 11. 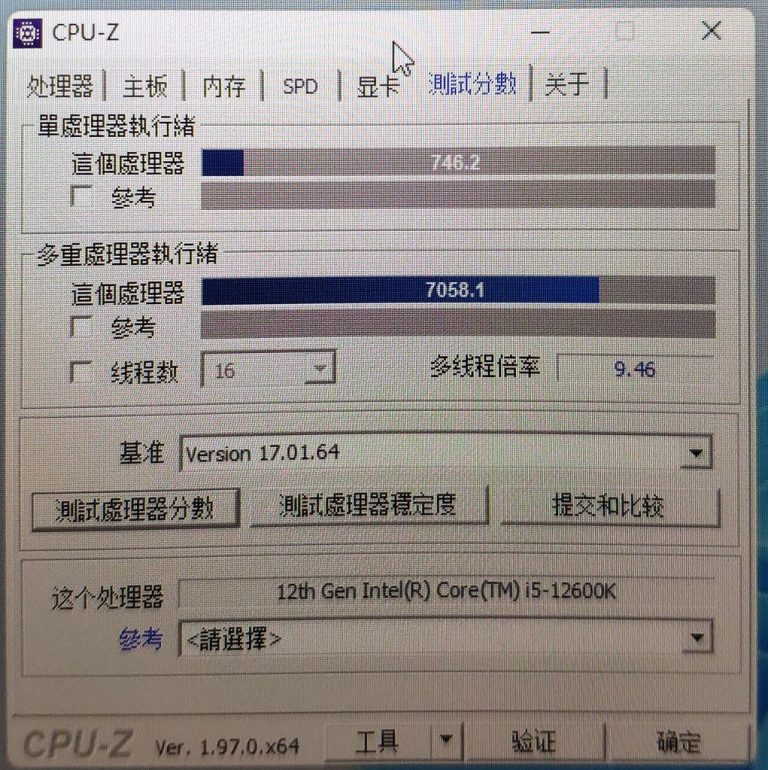 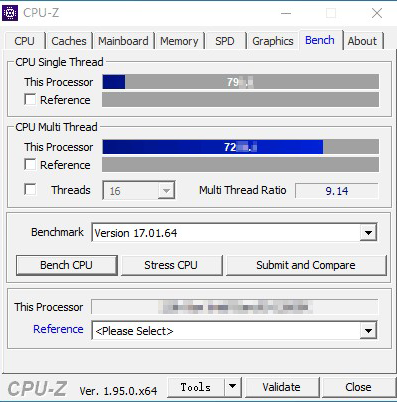 Such performance puts the processor above the current flagship from the 11th Gen Core Rocket Lake-S series which scores 746 and 6563 points in single and multi-threaded tests. The i5-12600K is also a lot faster than Ryzen 5 5600X which scores 624 and 4811 points respectively, which means that Alder Lake SKU is 19.5% and 46.7% faster. 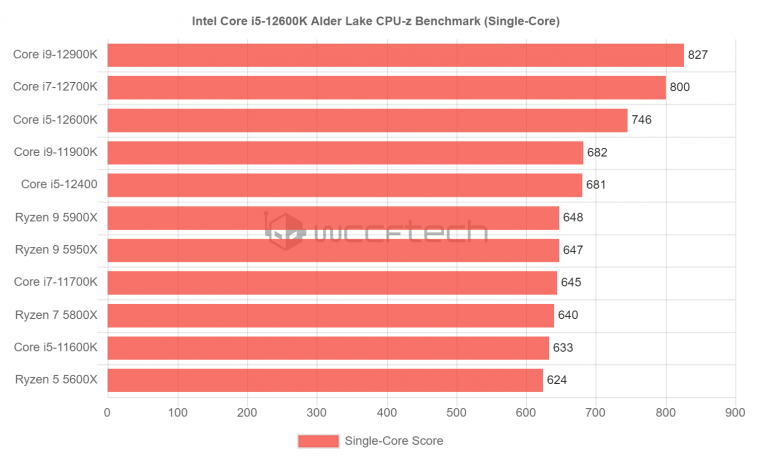 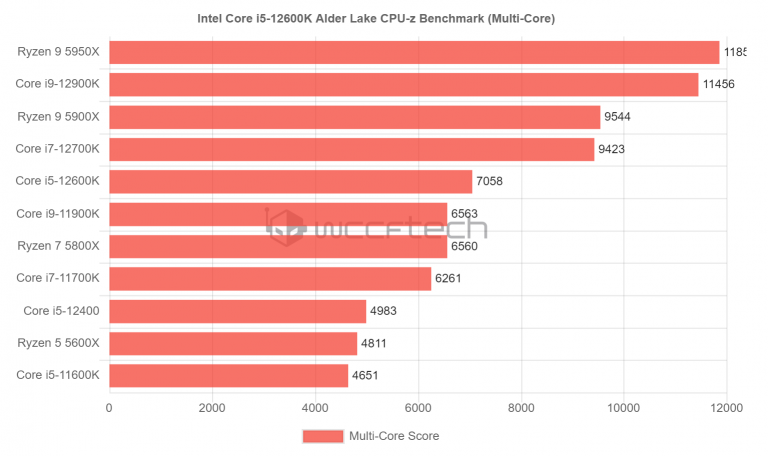 Intel is now set to launch its 12th Gen Core CPU series on November 4th. The i5-12600K pricing is currently unknown, but it is expected to be competitive against Ryzen 5 series.