A retail version of the 6-core Alder Lake CPU has been tested in three benchmarks.

The i5-12400 is an upcoming mid-range processor based entirely on Golden Cove architecture. This CPU will not feature its Efficient (small) cores enabled, which means it is an implementation of Performance (big) cores in its entirety.

A leaker from Bilibili shared the first benchmark result of the processor in three benchmarks: CPU-Z, AIDA64, and Cinbench R20. The leaker hid all the information on the CPU name except for the 12th (Gen) part and “400” which basically confirms this is an i5-12400 CPU. According to the CPU-Z screenshot, the CPU would have a max single-core boost up to 4.4 GHz with an all-core boost up to 4.0 GHz. It scored 681.7 points in the single-thread test and 4983.8 points in the multi-thread, outperforming AMD Ryzen 7 2700X CPU, which is an 8-core and 16-thread processor.

In terms of power consumption and stability, the CPU package only goes up to 78.5W and 60°C, this is far less than leaked Core i9 CPUs from the 12th Gen series showing up with 250W+ TDP and 100+°C. 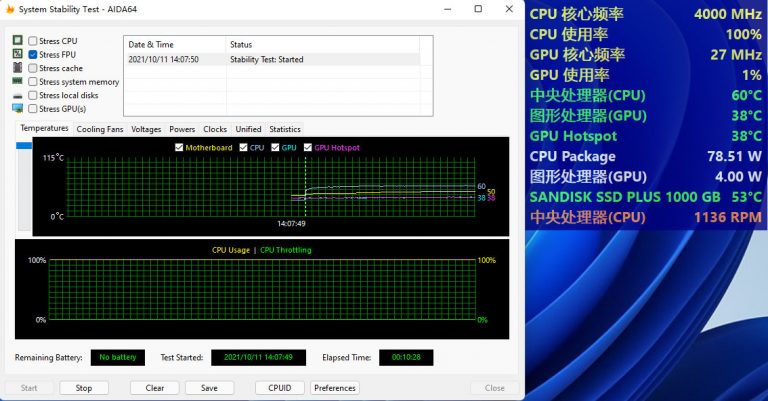 In Cinebench R20, the CPU scored 659 points in the single-core test, this is higher than any stock AMD Ryzen 5000 series CPU. Of course, the multi-core result is only able to compete with Ryzen 5 5600X, which is also a six-core processor.

This data has been conveniently put into a single chart by Wccftech: 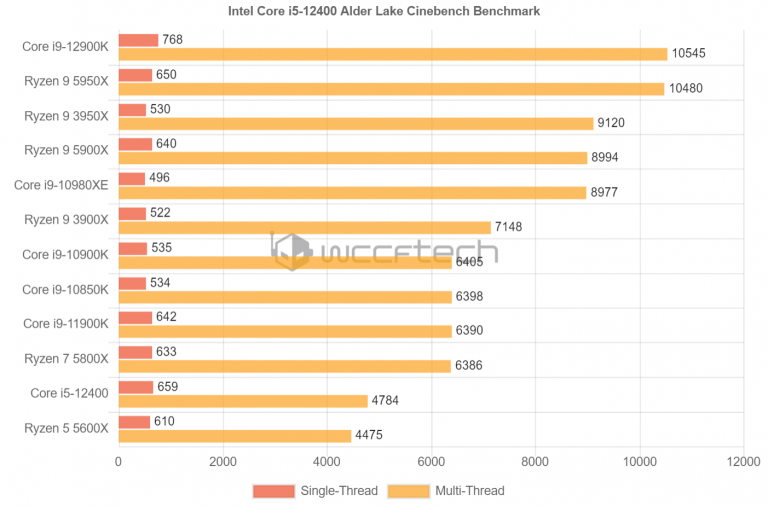 On November 4th, Intel is set to introduce its K-series unlocked CPUs including i9-12900K, i7-12700K, and i5-12600K and their KF subvariants with integrated graphics disabled. What is currently not clear is whether Intel has plans to introduce its non-K series, such as this i5-12400 CPU at the same time, or as previous rumors have suggested, on a different date.

The current-gen Core i5-11400 CPU has an MSRP of 182 USD. If Intel was to keep this pricing for next-gen SKU, it would have been a very competitive processor in this price range.