The Core i5-11500 is a 6-core and 12-thread CPU with a base clock of 2.7 GHz. As rumored before, the CPU will also have a turbo frequency of 4.6 GHz. Thanks to the new leak from Geekbench, those frequnecies appear to be confirmed now.

The CPU has been tsted on Intel’s Rocket Lake-S evaluation board, not Z490 or Z590 motherboards, which indicates that whoever leaked the score has one of the final qualification samples, which shouldn’t be much different performance-wise from the retail unit. 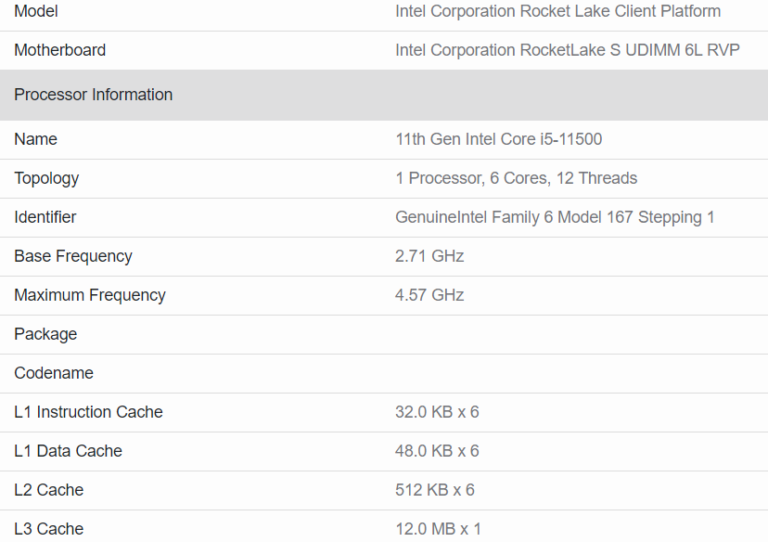 The 11500 SKU is not expected to compete with Ryzen 5 5600X. The manufacturer will also release multiple 11600 SKUs offering noticeably faster frequencies (rumored to be 300 MHz higher). Despite this fact, there is not a significant performance gap between 11500 and 5600X, just 1% in single-core and 11% in multi-core.

Intel is expected to launch its 11th Gen Core series in March. The i5-11500 SKU will be one of the slowest Cypress-Cove based processors, sincet he i3 and Pentium series will be based on Comet Lake-Refresh.