Intel confirmed that its 11th Gen Core CPU series will be available in the first quarter of this year. The company has not yet revealed the exact date, however, this has not stopped the leaks from appearing almost on daily basis for the past few weeks.

Intel Core i5-11400 is a 6-core CPU with 12-threads that ships with a base clock of 2.6 GHz and 4.4 GHz turbo, according to the Geekbench result page. The CPU is part of the upcoming Rocket Lake-S series, which features a new Cypress Cove core design.

The new series of CPUs will still rely on 14nm process technology and it will be compatible with the existing Intel 400-series motherboards. The 500-series motherboards are only now appearing on retailers’ websites for preorder, however, most customers who are interested in 11400 CPU will probably consider last-gen as a better option since they will be cheaper. The CPU has been tested on the MSI MPG Z490M GAMING EDGE motherboard.

We might be looking at an ES2 engineering sample of the processor, which should offer similar if not the same performance to retail units, which are now expected in March: 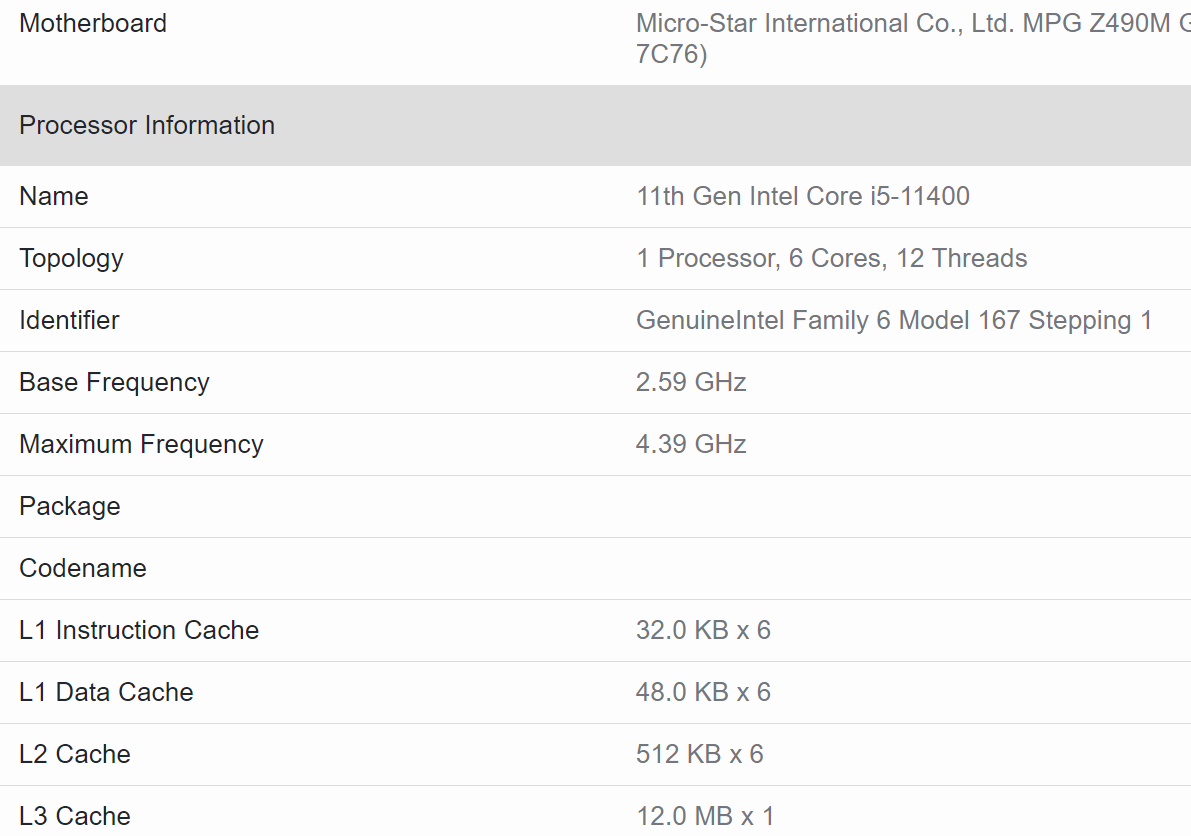 According to Geekbench’s own CPU benchmark ranking, the CPU is on average 9% faster than its predecessor, the Comet Lake-S Core i5-10400 CPU. This is despite the new CPU having a lower base clock by 300 MHz and only 100 MHz higher boost clock.

The i5-11400 does not appear to match Core i7-8700K performance though, but the CPU is quite close. In comparison to AMD’s Zen3-based Ryzen 5 5600X CPU, Rocket Lake-S CPU appears to be far behind, with nearly 30% higher performance on both single-core and multi-core metrics on the Ryzen processor.