A long awaited N-series of 12th Gen Core silicon is now appearing in first leaks. The i3-N305 and i3-N300 are mobile SKUs with up to 8 cores. What is particularly interesting about these chips is that there are no Performance (Golden Cove) cores here. The Core i3 series rely solely on the Gracemont architecture.

Furthermore, these ultra-low power SKUs would be the first such designs to launch under Core branding. The company recently announced it will discontinue its Celeron and Pentium series in favor of “Intel Processors”. It is believed that Alder Lake-N could now appear as Core i3 and Processor series, except the latter would have fewer cores. 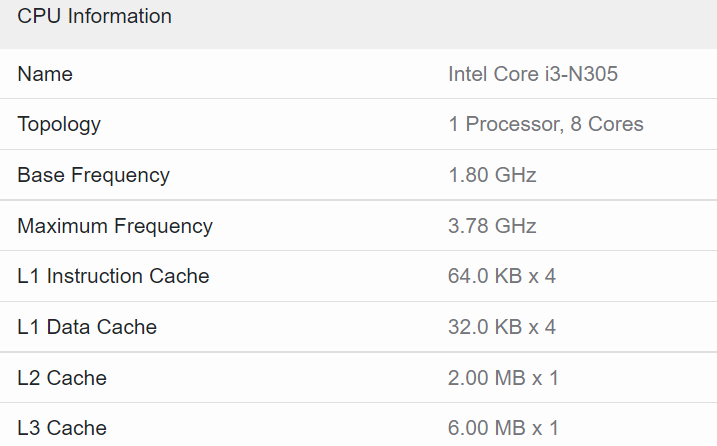 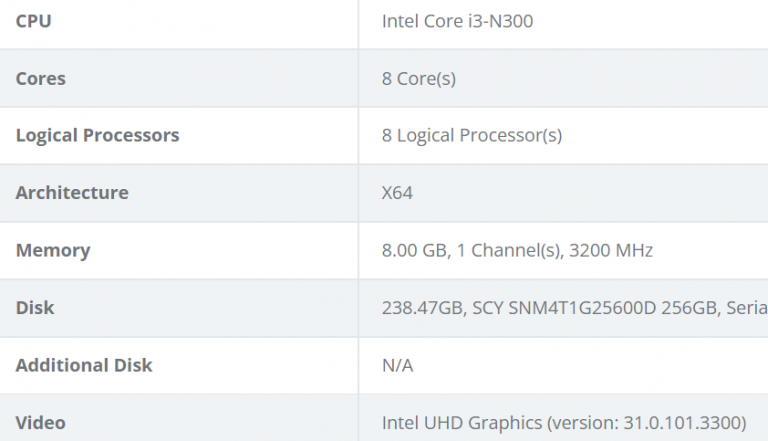 The i3-N305 and i3-N300 have now been spotted on Geekbench and BEPCo websites. The former has more data, including base clock of 1.8 GHz, boost up to 3.78 GHz and L1/L2 and L3 cache data confirming this is a Gracemont architecture. The i3-N300 leak comes with no details, other than confirming it is using DDR4-3200 memory.

The list of known Alder Lake-N models is likely to grow soon. Officially, Intel has not announced its Alder Lake-N series yet.