XFastest managed to obtain an engineering sample of the Core i3-12100, yet unreleased entry-level Alder Lake-S processor.

So far Intel has only released its unlocked K-Series based on Alder Lake-S architecture, with more SKUs coming in the first quarter of 2022. According to the leaks, the 12th Gen Core series will feature more than 30 processors for the LGA1700 desktop socket. For PC users on a budget seemingly the most anticipated launch is the update for the entry-level segment, which was omitted with the Rocket Lake-S series. 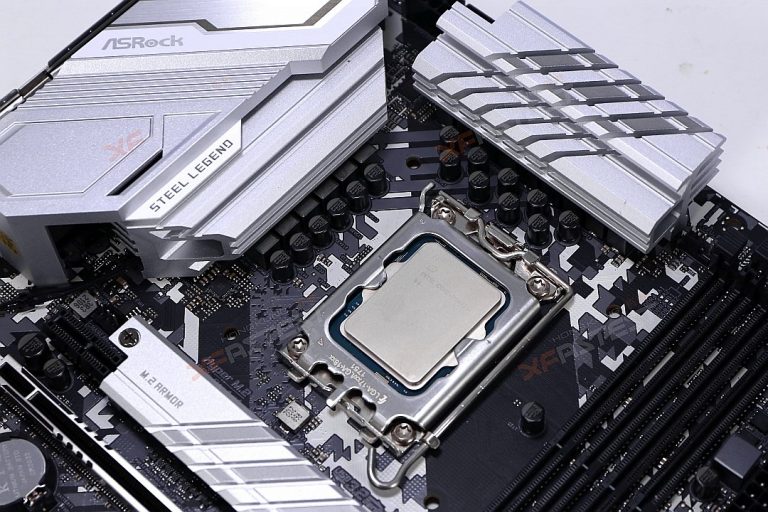 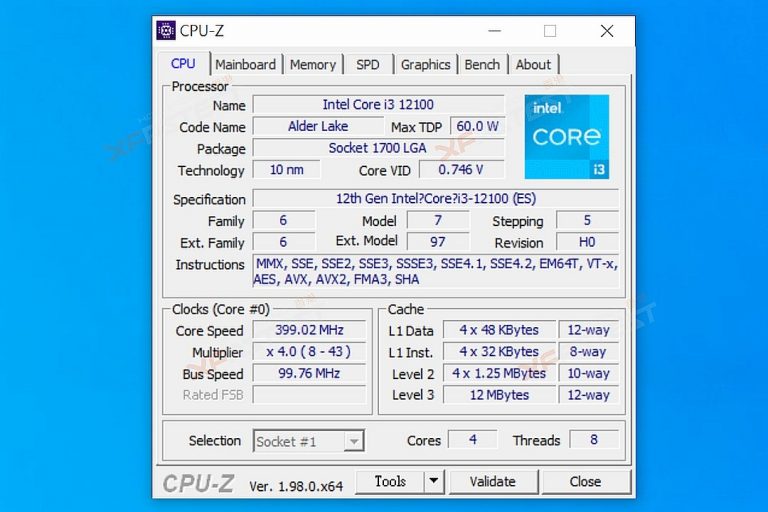 Intel Core i3-12100 is a quad-core CPU with eight threads. It does not support hybrid architecture as it only features a single type of core: Golden Cove (Performance). According to XFastest, the sample that has been tested has a maximum boost clock of 4.3 GHz, which is a single-core boost frequency.

Interestingly, the sample has different than expected PL1 and PL2 limits. As a reminder, with the introduction of the Alder Lake series, Intel has changed the naming of those power limits to Processor Base Power and Maximum Turbo Power. This i3-12100 sample has 60W and 77W PBP/MTP respectively

The sample has been tested on an ASRock Z690 Steel Legend motherboard with 16GB of DDR4-3600 memory and RTX 3060 Ti GPU. It was then compared to AMD Ryzen 3 3100 and Ryzen 3 3300X quad-core CPUs running on ASRock X470 Taichi motherboard and the same memory and GPU.

The processor shows strong performance across all tests in comparison to Zen2 based Ryzen 3 series. It also generates less heat and power, depending on which AIDA64 test is considered. 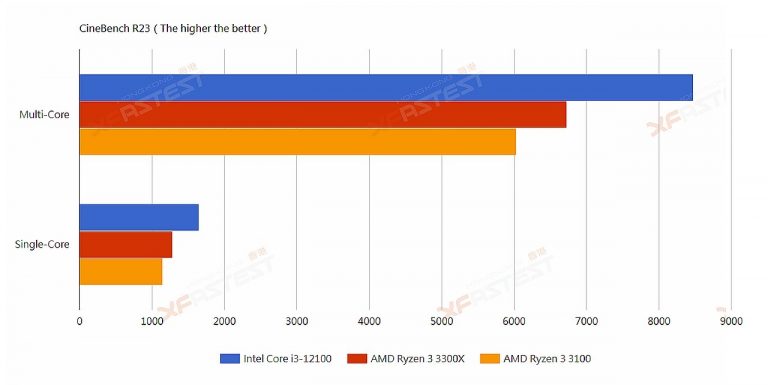 Intel Core i3-12100 in PugetBench for Premiere Pro, Source: XFastest 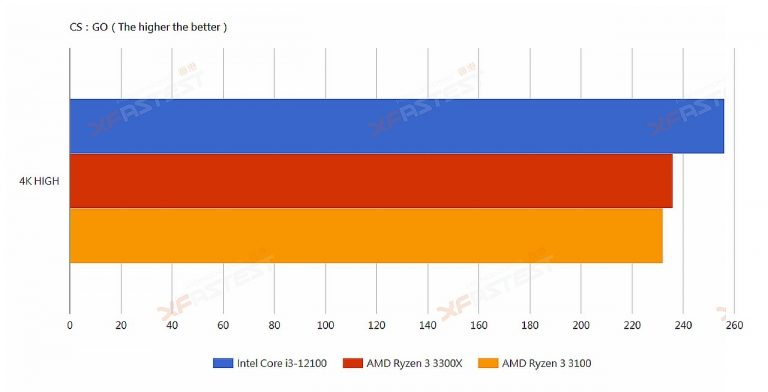 Temperature and Power in AIDA64 test 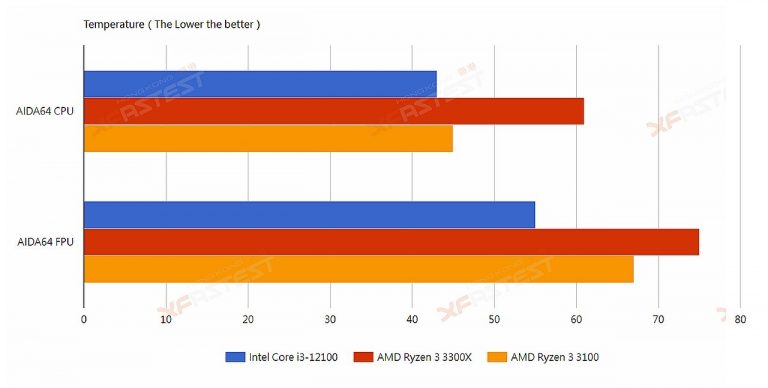 In this post, we are only sharing some benchmarks and we encourage you to check the full review at Xfastest. The pricing of this CPU is still unknown but it reportedly might cost 1000 HKD, which is less than 130 USD.