Intel confirms Sapphire Rapids will be offered with HBM

At ISC 2021 Intel confirmed that Sapphire Rapids will at some point be equipped with High-Bandwidth Memory (HBM).

Those variants codenamed SPR-HBM will not be vendor-specific, but rather launch for all partners at a later date. According to AnandTech, those CPUs will deploy later in 2022, which confirms those HBM variants will not launch be part of the Sapphire Rapids launch.

Recently we have had a leak featuring a four compute tile Sapphire Rapids CPU, which did not show the rumored HBM memory. This type of memory was missing from the engineering sample despite earlier rumors suggesting that SRP will support it. As it turns out it will, except not on these variants.

Intel confirmed at ISC 2021 that the SPR-HBM variant will launch in late 2022 and it will be part of general availability, which means that HBM powered CPUs will go mainstream in server space.

Intel has stated to AnandTech that they are committed to making HBM-enabled Sapphire Rapids available to all enterprise customers and server vendors as well. These versions will come out after the main Sapphire Rapids launch, and entertain some interesting configurations. We understand that this means SPR-HBM will be available in a socketed configuration.

Update: A day after ISC, Intel’s Lisa Spelman confirmed that Sapphire Rapids will enter production in the first quarter of 2022, which means a delay as the product was expected to launch by the end of this year: 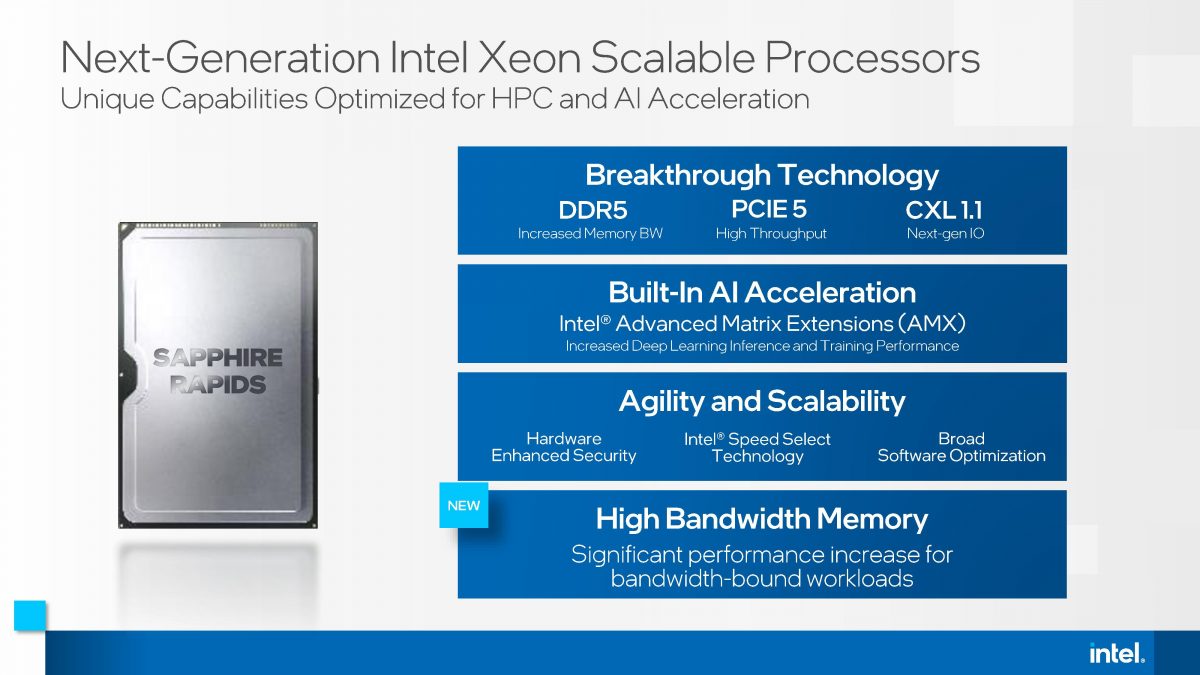 Intel did not go into detail when it comes to the specs, but according to previous leaks, the Sapphire Rapids CPU could support up to 64GB of HBM2e memory. Intel stated though that this additional memory pool can be used in tandem with DDR5 memory that the next-gen Golden Cove CPUs will support. A high-capacity HBM standard will provide a large buffer for large-scale computing simulations, including AI or DL-based calculations.