A cut-down flagship DG2 GPU from the Arc Alchemist series might be on the horizon.

According to a recent commit to Mesa (open-source driver for OpenGL and Vulkan) Intel actually does have cut-down silicon called DG2-448. Such a model was used to verify pixel pipeline optimizations introduced to the driver. The patch which came along with a description was published by Franciso Jerez, who is a part of Intel’s Open-Source Driver Team: 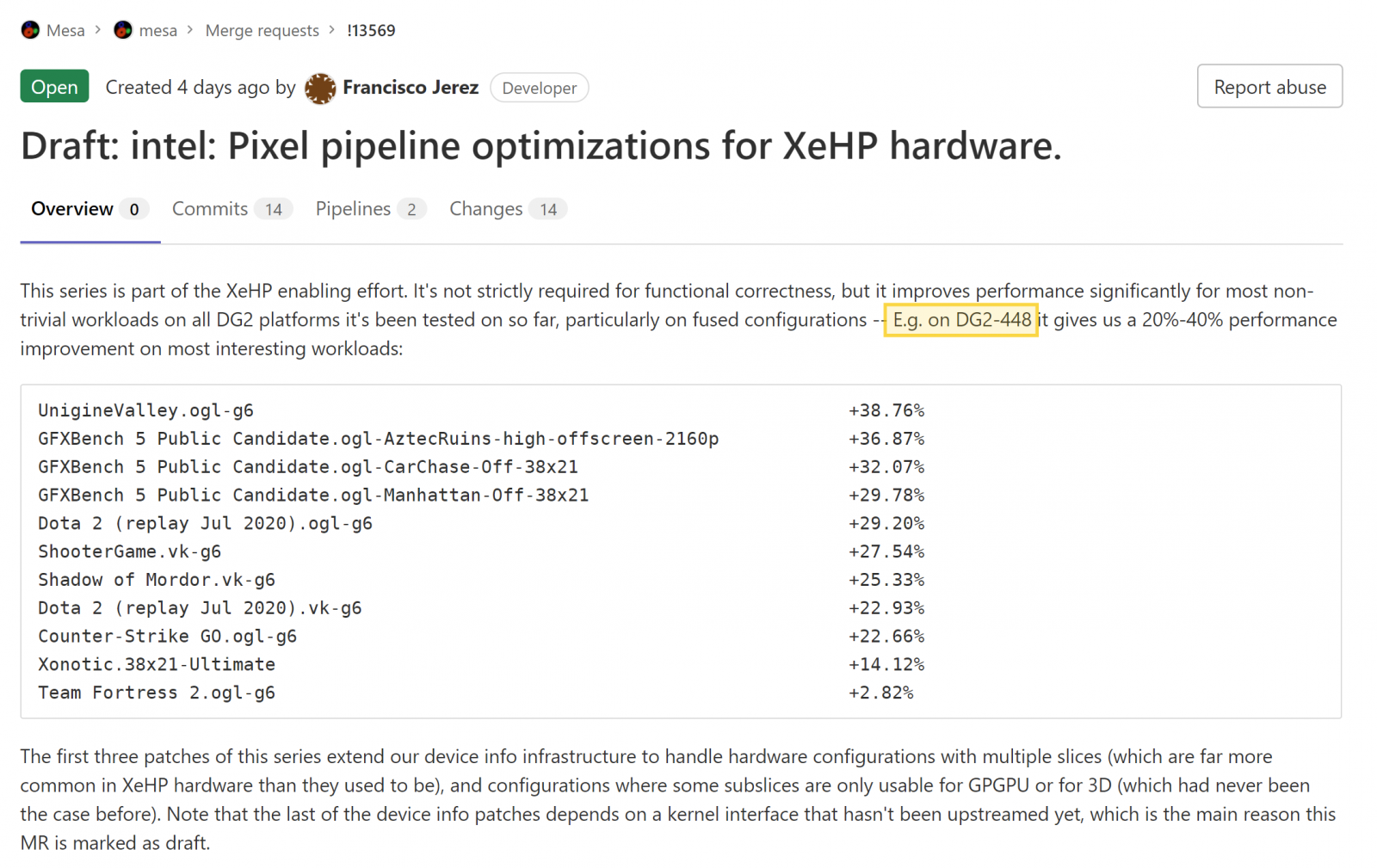 This is not the first time we are hearing about this cut-down DG2-512 GPU. It was first discovered by @TUM_APISAK nearly 5 months ago. Back then it reportedly offering nearly GeForce RTX 3070 performance, although the leaker did not disclose what kind of benchmark was used for comparison.

Despite the announcement expected in the first quarter of next year, there are still more questions than answers about the Arc Alchemist lineup. Intel has only showcased two GPUs: 512EU and 128EU variants (as pictured above), although a 384EU variant was also to be seen in the leaks.

At this moment it is unclear whether the 384EU variant was canceled or it was never real to begin with. But one thing is certain, Intel will definitely try to sell partially disabled chips as lower-end models. An upper mid-range SKU with 448 Execution Units (3584 shading cores) might be a perfect fit for a 400-300 USD price segment, should performance estimates comparing DG2 GPUs with Navi 22/GA104 GPUs are to be believed.