Last month, we learned details about full Intel Raptor Lake-S desktop CPU lineup. It was said that the series might be split between three different dies: B-0 (Raptor) and C-0/H-1 (Alder Lake). This technically meant that some Intel 13th Gen Core CPUs would be based on older silicon.

The rumor alleged that Core i5-13600 non-K series and below are all be based on Alder Lake die. Exactly this information has been indirectly highlighted in a leaked sales presentation, listed under ‘new and featured technologies’. Increased L3 and L2 cache will only apply to Core i5 and above, meaning only these CPUs will be based on Raptor Cove architecture, which has more cache. 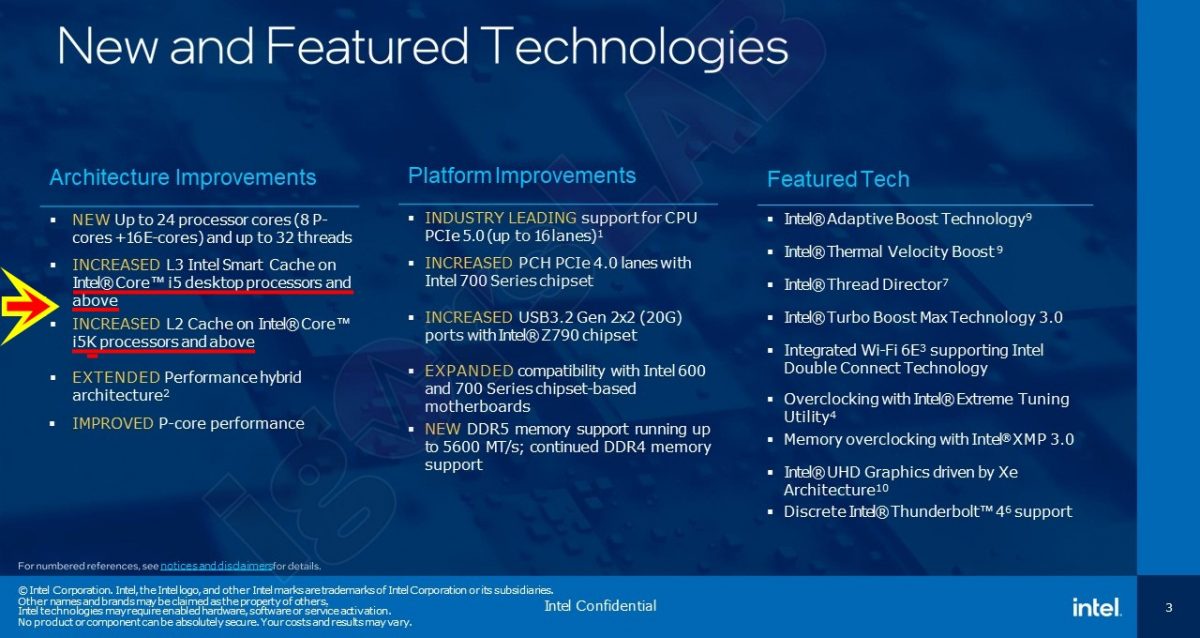 What this essentially means is that these SKUs will feature Golden Cove Performance cores instead of Raptor Cove. A smaller cluster of Gracemont low-power cores will also come with smaller L2 cache of 2MB instead of 4MB. This should undoubtedly have an impact on Intel’s mid-range to entry-level CPU performance and may pose a challenge when competing with AMD Zen4 desktop CPUs. However, neither leaked Intel slides nor AMD have announced low-spec SKUs yet.