Intel has now confirmed that existing entry-level H410 and mid-range B460 motherboards will not be compatible with upcoming Intel Rocket Lake CPUs. The company did not yet disclose when exactly the new CPU series will launch. It was only mentioned that the Rocket Lake-S series is currently scheduled to appear in Q2 202. Whether that means product announcement or actual on-shelf availability, we don’t know yet.

Intel board partners are now slowly revealing their B560 and H570 motherboard lineup. It appears that those motherboards along with Z590 will be the only compatible boards for the upcoming 11th Gen Core series: 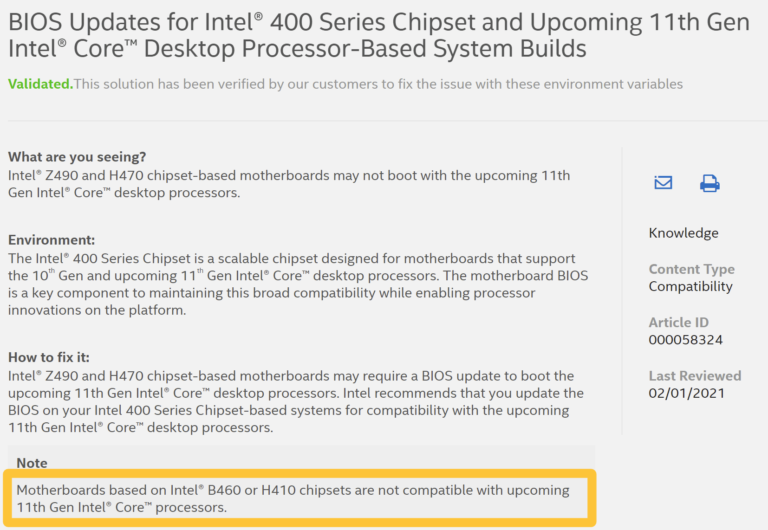 The H510 is not really a big upgrade over H410. It may now support a WiFi6 onboard wireless connection and has a newer ME firmware out of the box. The H410 is also listed with Virtualization Technology support on the Intel product page, whereas support for this technology isn’t listed for H510.

There are far more changes in the B560 chipset compared to its predecessor though. For the first time, Intel is allowing memory overclocking on this mid-range chipset. The board is also listed with RAID support and with 1×16 + 1×4 PCI Gen3.0 support. Of course, the 500 series also support PCI Gen4.0 but those lanes are exclusively handled by the CPU, not the chipset. 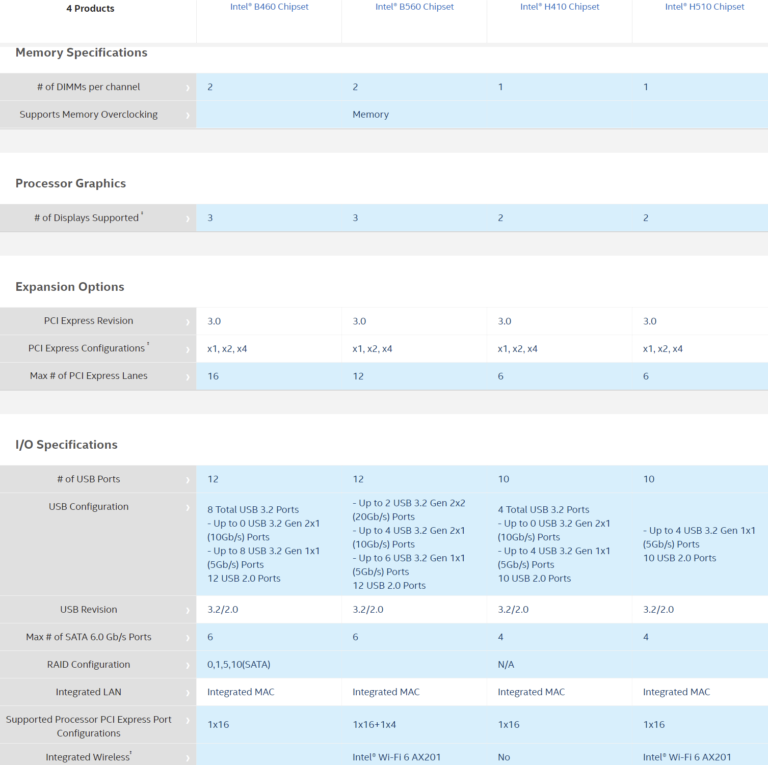