Intel Xe-HPG Scavenger Hunt was a few weeks long event where fans had a chance to find hidden information in content posted by Intel over social media. There were many prizes planned, including 100 Premium and 200 Performance Arc Alchemist desktop graphics cards. The company has just confirmed which GPU models specifically will be given away to the winners.

Last week Intel has been busy showing off their Arc A770 and A750 graphics cards to the YouTubers, but those showcases were lacking details, such as graphics card specs. Although this has been rumored for a while, the Arc A770 is now confirmed to feature 16GB configuration, as per Intel announcement. Meanwhile, the “Performance” model listed as Arc A750 will feature 8GB memory. This means that the leak from last week is now confirmed, there is likely no 12GB model in Arc desktop series. 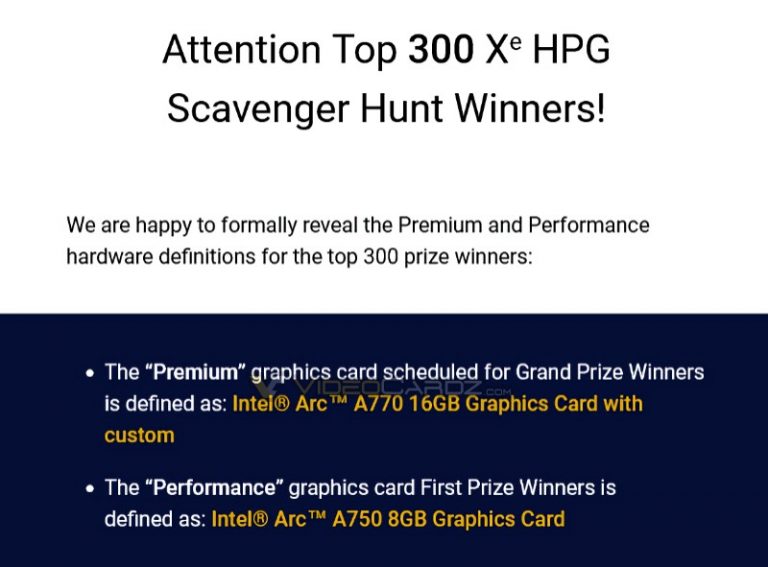 Furthermore, Intel acknowledges the delays that struck Arc desktop launch, but things are now moving into the right direction with highly anticipated launch ‘getting closer’.

Interestingly, Intel also confirms that Arc A750 sampling will begin soon. The cards have just arrived to Intel offices and will now be tested before shipping to the press (hopefully that means no cherry picking). 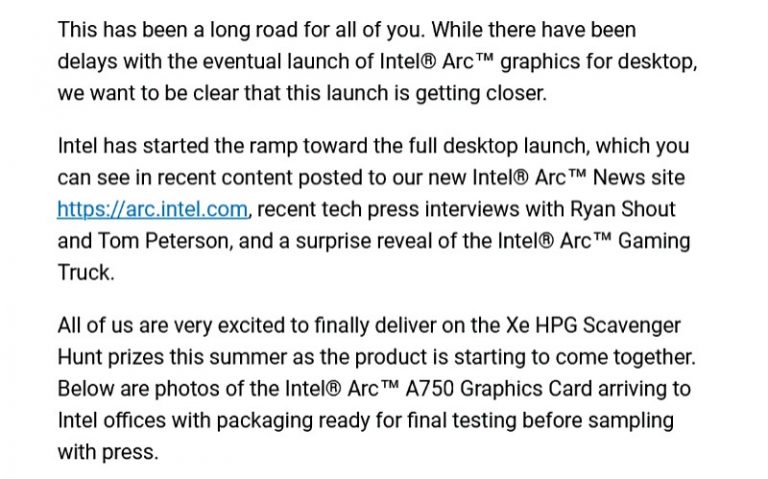 According to the leaks, both cards are to cost less than 400 USD. Intel only confirmed it will offer ‘killing’ price to performance compared to competitors, but there have been no announcements on any of the Alchemist US prices.