Initially, the Core i9-10885H SKU was rumored to be a preproduction sample later renamed to 10980HK. As it turns out, that’s not true. The processor does exist, it’s a new SKU sharing the clocks and core count with 10980HK.

The second Core i9 processor in the Comet Lake-H lineup (45W) has also been listed in a leak from Dell, where the company indirectly confirmed that the 10885H would launch as an option for XPS 17 9700 lineup. In fact, Forbes yesterday reported that these XPS notebooks will launch this week, which aligns with the launch of the new Intel processors, as they will be announced tomorrow.

The i9-10885H appears to be identical to 10980HK, the difference is likely related to limited overclocking capabilities of the “H” CPU model.

The slide we are sharing today comes from a presentation for the upcoming Intel 10th Gen vPro series. These are enterprise-grade solutions for businesses, comparable to AMD’s Ryzen Pro series. All four SKUs will be included in the vPro processor series.

Intel 10th Gen Core vPro mobile processors will be announced on May 13th. 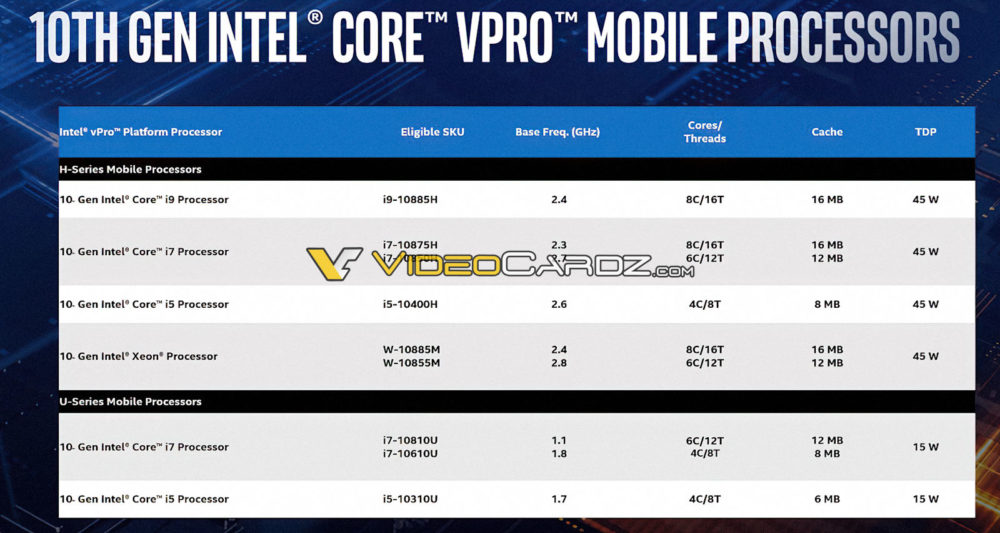