Intel Rocket Lake is expected to debut early next year under a name of the 11th Gen Core series. Motherboard makers have already prepared for this launch, as their Z490 board series is hardware PCIe 4.0 compatible. This is the key upgrade over 10th Gen Core Comet Lake-S.

The series will feature Intel’s Gen12 integrated graphics, which are Xe-based series offering up to 2 times the performance over Gen 9.5 desktop graphics. 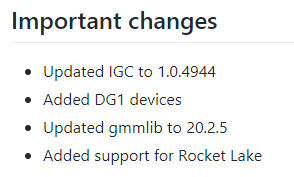