Intel is set to launch Comet Lake-S mainstream desktop architecture at the beginning of next year.

An anonymous source has provided a set of slides to Xfastest. According to their report, Intel will launch its new mainstream desktop series in Q1 2020. The Comet Lake-S, aka 10th Gen Core series, will feature up to 10 cores and 20 threads. The CPUs will be divided into three power tiers: 125W, 65W and 35W.

The new Intel CPUs will require 400-series motherboards as the socket has been changed to LGA1200. Assuming that the information provided by Xfastest is accurate, this would force a change right before switching to a smaller node. As the Comet Lake is still based on Skylake cores, meaning, it is still 14nm fabrication process. The first mainstream desktop architecture to use 10nm is believed to be Ice Lake. 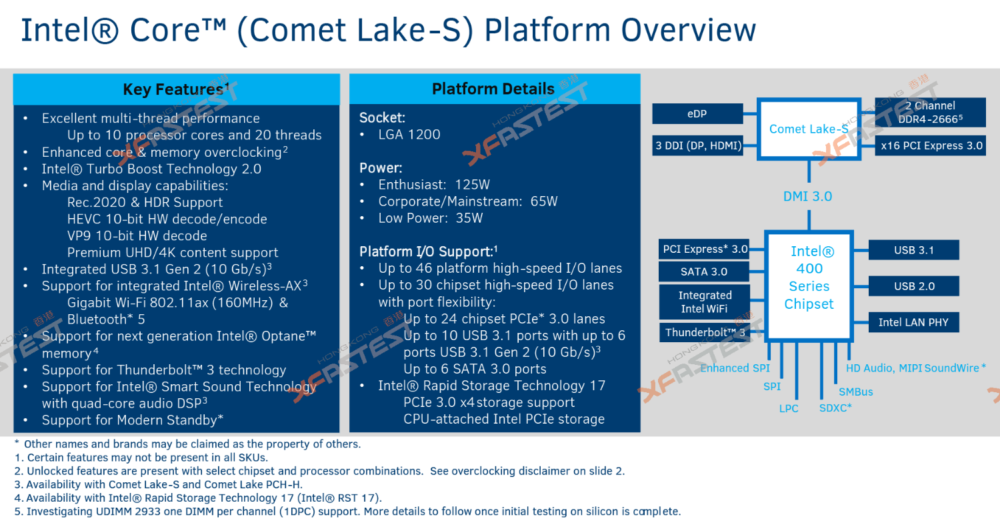 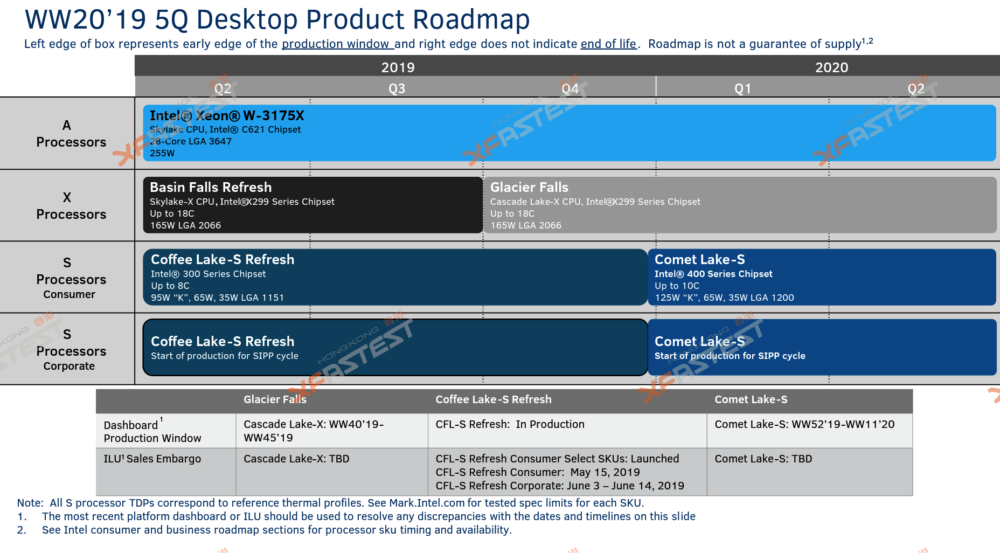