Intel has new packaging for its Core CPU series

There are no Rockets on this Comet.

Intel is set to launch new SKUs alongside the 11th Gen Core series codenamed Rocket Lake-S. The company will also refresh the Core i3 lineup, which interestingly would not be based on the same architecture as Core i5 and above. Instead, Intel will reuse Comet Lake-S CPUs, which will feature slightly higher clock speeds. Contrary to previous rumors those parts will not be part of the 11th Gen series, but rather still use 10th Gen branding.

At the same time, Intel will introduce its new packaging for upcoming CPUs. This means that we have a very first look at updated Intel Core CPU packaging. The design is simple and basically resembles the look of the Core i3 logo. The CPUs pictured in a Malaysian store are part of the F-Series, which means that they do not have integrated graphics enabled. 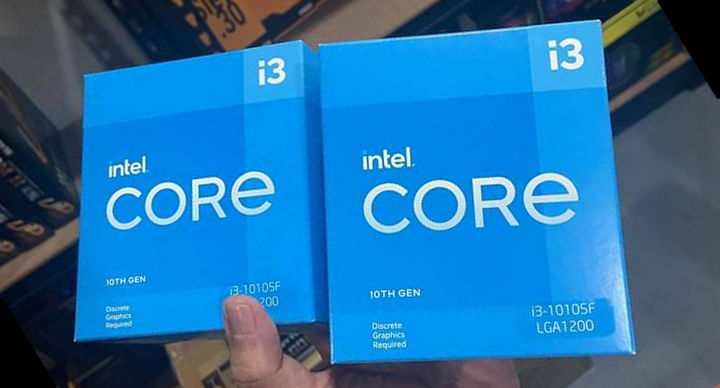 The new Core i3 series should offer higher clock speeds compared to the original SKUs. We are looking at a 100 MHz higher base clock for the Core i3-10105 over Core i3-10100, while the turbo clock has not yet been confirmed. Those CPUs do not offer built-in Xe-LP graphics, which will exclusive to the 11th Gen Core series, it seems.

Intel is expected to introduce Rocket Lake-S and Comet Lake-Refresh at the same time. No date has been provided by the manufacturer yet, but Intel promised to launch its new series in the first quarter, which means that there are only a few weeks left.