Intel claims Ponte Vecchio HPC GPU is up to 2.5x faster than NVIDIA A100

At HotChip34 Intel is disclosing more details on its Ponte Vecchio Xe-HPC GPU.

The company’s first data-center General Purpose GPU is built using 47 chiplets combining multiple architectures and nodes. It is by far the most sophisticated GPU Intel has ever built, but the architecture that has been pushed back numerous times. 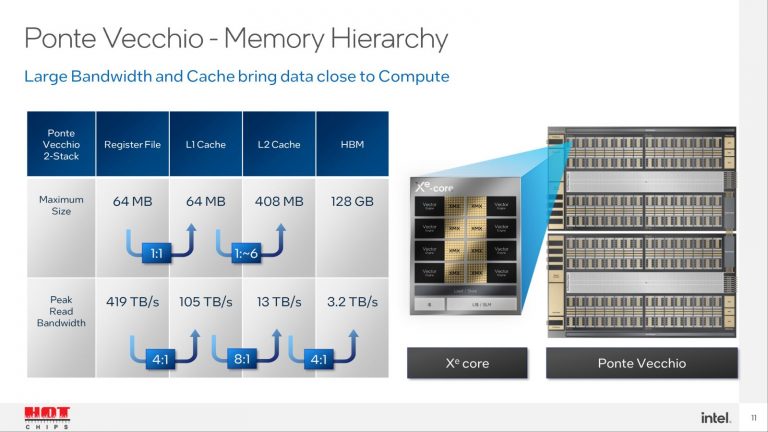 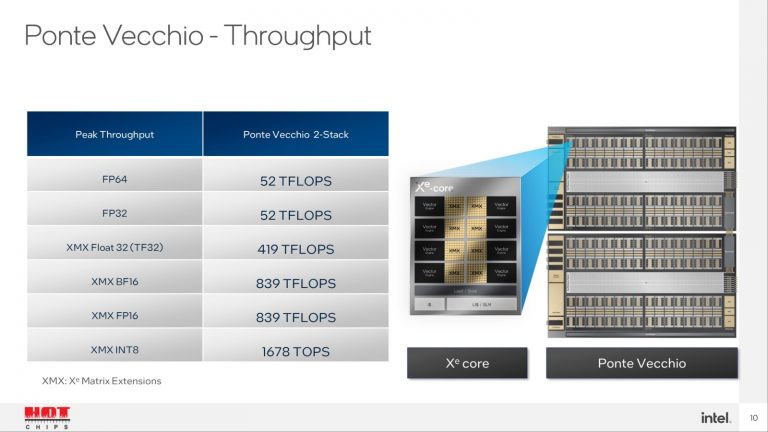 Details disclosed at HotChips34 by Hong Jiang, Intel Fellow & Chief GPU Compute Architect, include the maximum theoretical throughput based on single-precision and double precision compute power for the 2-stack Ponte Vecchio. Tere are also figures for compute workloads accelerated by XMX cores, which are part of the Xe-HPC architecture. 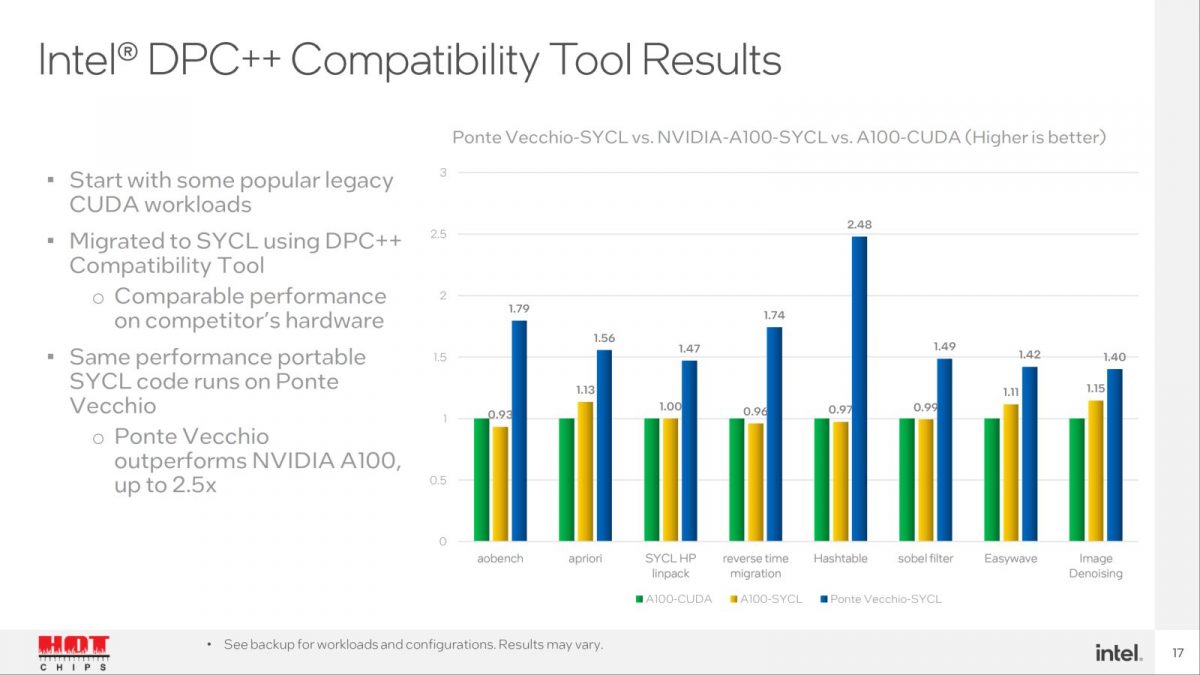 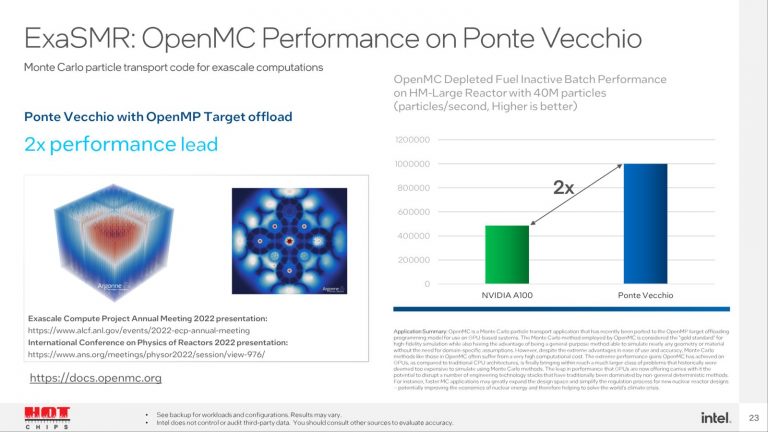 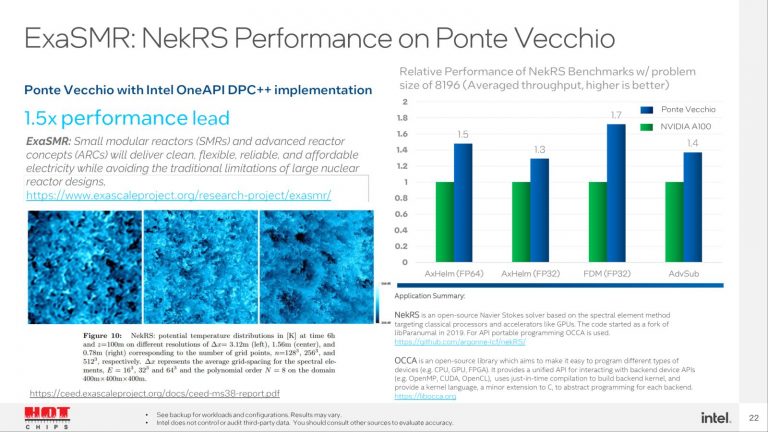 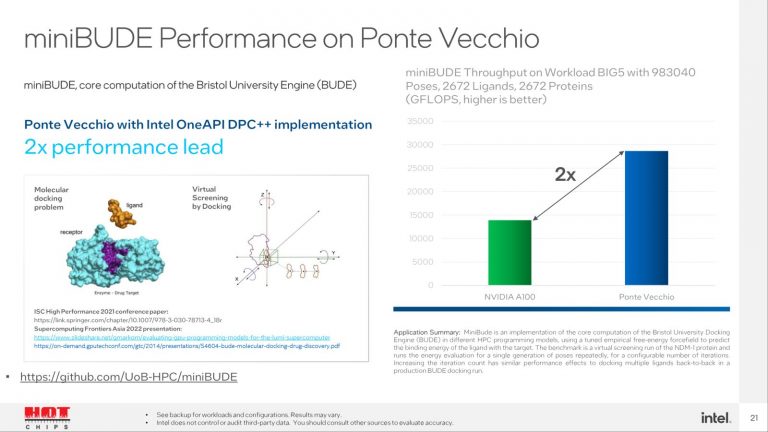 This is not the first time Intel has been sharing performance figures for Ponte Vecchio. The launch of this new HPC GPU, however, is long overdue. Ponte Vecchio was meant to debut with Aurora Supercomputer alongside Sapphire Rapids Xeon CPUs, the US first exascale supercomputer. However, this title already belongs to Frontier equipped with AMD 3rd Gen EPYC CPUs and AMD Instinct MI250X GPUs (peak performance of 1.6 Exaflop).